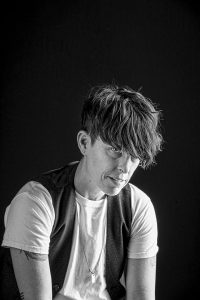 All images by Paul Wedlake for Yellow Scene

Words, it was once said, are made up of 26 letters, and that’s all that’s needed to explain and describe everything in the known universe. Andrea Gibson’s universe is one we’re grateful for.

How does one find a place to call home? We all have a home and, for most of us, home is where the heart is. But hearts can migrate. Hearts fall in love with new places, the spirit of places, or what has been called the genus loci. It can sometime seem obvious to locals that this should be home. Boulder County is an amazing, enriching, healthy, wealthy, and well educated place… for some.

Andrea Gibson lives in Longmont, Colorado. A poet, they are known for love poetry, for reform poetry, for traumatic poetry, for poetry visceral and raw and real and open and so cutting that ribbons fall from our mouths like teardrops as we read them. But they’re not from here (They is Andrea’s preferred pronoun).

They moved to Boulder in 1999 from Maine, vis-a-vis New Orleans. A relationship that took them from Dubois, Wyoming to New Orleans to Boulder ended in heartbreak and words on a page: Andrea’s first poem read on a stage. “I always loved poetry. And when I got my heart broken, it was the first time I got brave enough to get up and perform. I was crushed, so I just got up on the mic and started reading a poem about her. I shook. I was so nervous the paper in my hand was shaking louder than my voice.”

“When I discovered poetry slam, that was when it really took off for me, because I loved that people weren’t looking at a page. They were memorizing. And the thing that I loved about that was that they had to make eye contact with the audience. I could just feel the energy in that and the power in it.”

Colorado became home, and it was a beautiful place, full of diversity. “Mostly performing in Denver,” at first, Andrea recalls, it wasn’t “as white of a space. And Boulder, it was just a different demographic. Both spaces I found to be really queer-friendly. And Boulder has always – not always, but for the most part – felt safer than other cities to walk around as a queer person, for me.” But diversity matters, and has mattered to Andrea.

“It’s hard for me to actually hang out in Boulder now, because it feels a little scary in its whiteness. It’s just, it’s intense. Even walking through Denver, it’s just refreshing to see different kinds of people. And it’s not even that it’s just white folks in Boulder. It feels like it’s just an enormous amount of wealth that’s happening.”

Time in Boulder County has meant roots in Boulder County. For someone into the beauty of life and the difference in people, it matters when we build connection. In spite of the concerns they have with Boulder, and an interest in moving to Denver, Andrea is clear: “I have so much community here, I have so many artist friends. I used to be part of Vox Feminista, which was this radical performance group of women and queer people from Denver and Boulder [who] just woke me up to connecting art and activism in a new way.”

The activism Andrea speaks of, that woke-ness, inevitably translates to a nuanced view of the world around them. “I can say specifically about Boulder: I’ve had Black friends come into town and walk through stores and get followed. Not that that doesn’t happen in different parts of the country, but you know, in leaving, just been like, ‘I’ve got to get out of [this] town.’ I’ve had friends who are body-positive, fat-identified friends, who moved out of this town because they didn’t feel like their bodies were welcome here.” It’s usually coastal cities like LA or Miami where fitness becomes life and where the human body expectation is replaced by the superhuman, even if only in appearance. 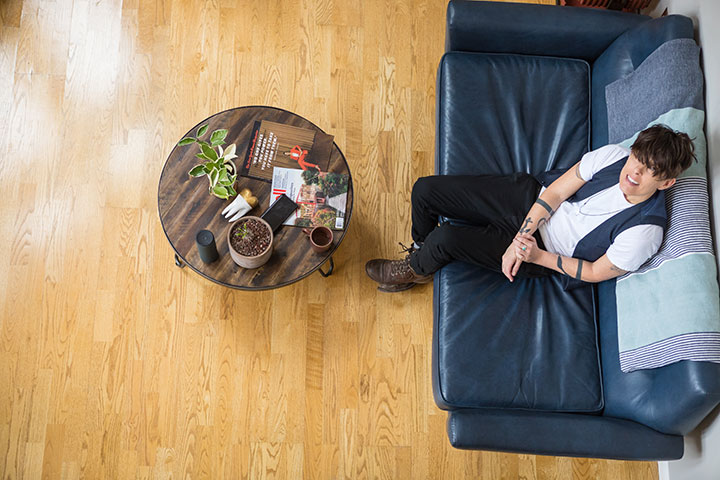 Andrea is known as much for love poems as any other. That’s one of the strongest takeaways I am left with after following their career since I first saw them perform in San Francisco almost a decade ago. “It’s interesting that you say I’m known for writing love poems,” Andrea smiles. “I love that. I hope that’s what I’m known for when I die. If I could only ever write love poems, that’s all I would ever write. But there are other things to write on that I need to write on. I love that that’s even been part of it.”

Reflecting on the importance of making art about love, Andrea is clear: “I think that as a queer person, I grew up so desperate for songs that I could relate to, you know? A woman singing to another woman, a man singing to another man, any of it. And I never had any of that. A lot of my audience is quite young, and I love the idea of putting queer love into the world,” they say.

Andrea told us that they were writing a lot about wholeness right now. When they talk about wholeness, and not writing love poems after Trump was elected, we asked how their work had been affected by the current political climate.

“The only thing that we have control over in this life is where we put our attention,” Andrea’s therapist once told her. Facing a tomorrow more dark than the today’s we’ve had, depression is easy to slip into. These are choices we make when we face darkness; to fold into the creases of bleakness or find light to hold to. Andrea’s choice is clear, “I feel like my attention has been on beauty more during this time, more so than it ever has, because I need it as fuel… As energy to be able to show up to anything else. So, I pay attention to things in a new way since the election. To the beauty that is Colorado, to my friends, and my dog. All of it.” 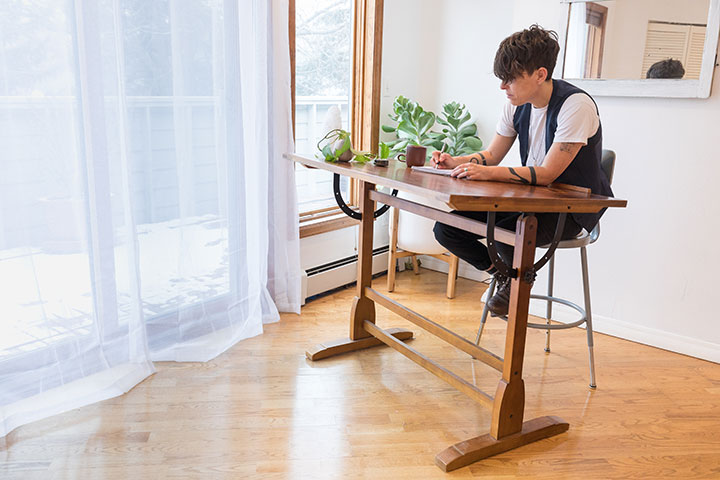 Writing – as we’ve all heard – is a process. In telling us about her process, Andrea is reminded of her friend Mindy, who has a line in a “poem where she says, ‘Bend back and manifest grief.’” It’s a beautiful line that means, “‘it’s impossible to be in this world without grief. So manifest what it is, so it can just live in you consciously and then move out of you’. So I feel it’s sort of this cycle. The poem comes in, I feel it, something moves out. Some sort of healing. It’s sort of like a cleansing.”

Writing a painful poem and performing it over and again is to conjure from pain a reminder that healing is taking place, if on a glacial pace. “Most often all of it seems to be healing, because it’s hopeful. I wrote a line that I’ve been thinking about all year, which is, ‘Even when the truth isn’t hopeful, the telling of it is.’ I feel that, especially in a time when so much of this administration is about lying, to just simply tell the truth is a basic necessity.” A friend of mine told me we can speak of the genus loci more literally to speak of the genius of place, or genius loci. “Where we live and where we call home imparts with us a genius, a kind of spirit and intelligence rooted in that place. It’s the experience of “what you see in the sunshine and in the darkness that shapes our opinions of the world, and of ourselves. It limits us and can free us based on what opportunities are presented or abandoned.”  Word Famous.

Andrea recently sold out the Boulder Theater. They have two new books, available now. One is co-wrote with their partner called, How Poetry Can Change Your Heart. Their new book of poetry is called Lord of the Butterflies, which they are touring with now. The Colorado date for the tour is April 6th, in Denver. Check out tour dates at AndreaGibson.org.