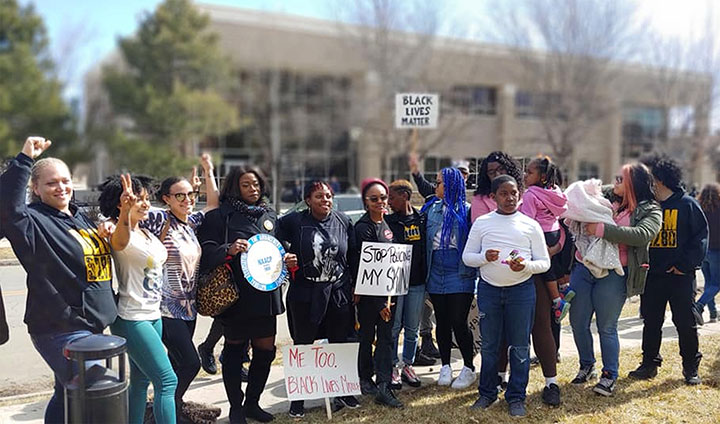 The Boulder Police Department has been under fire after officers drew their guns on an unarmed black man picking up garbage outside of his aparment. The community has responed with protests demanding police reform. Louis Sebastian gets life in prison without parole for downtown shooting in front of Bramble and Hare. Sebastian, 33, shot and killed Chris King, 49 at the bar and restaurant on the Pearl Street Mall in May 2017. A biker-friendly drivers course is returning to Boulder. The  class is designed to teach all drivers the best ways to share the road with people riding bicycles. Upon completion of the class, participants will receive a Bicycle-Friendly Driver certificate and sticker to display on their vehicle. Delivering on a 2017 promise, the City of Boulder will start construction on the Scott Carpenter Park pool in 2019 and is expected to open in the 2020 summer season. The city has finalized the overall site plan and construction drawings.  A six-year-old girl was injured when she fell off a ski lift at Eldora. The young girl from Boulder fell about 40 feet from the Sundance Ski Lift and was immediately assisted by Ski Patrol. A homeschooled Boulder student won his second spelling bee title. Cameron Keith, 12, will now head to the Scripps National Spelling Bee in Washington D.C. at the end of May.  Chronic wasting disease is spreading around the country and Boulder County is among the mandatory testing regions in Colorado. Chronic wasting disease is a contagious disease that kills deer. It has now spread to 24 states including Colorado. The disease can cause drastic weight loss, lack of coordination and drooping ears; you might have heard it called ‘zombie’ deer disease. The Colorado ‘red flag’ gun bill passed its first hearing. A Colorado House committee has passed the legislation that would permit the temporary seizure of guns from people deemed by a court to pose a threat to themselves or others. The Democrat-led House Judiciary Committee passed the bill 7-4 to send the bill to the appropriations committee. Officials at Hanging Lake will implement a visitor’s cap and will require a reservation and permit fee this year.

“I’ve been around for a long time and it just seems that the economy does better under the Democrats than the Republicans.”

– President Donald Trump,
in a 2004 interview with Wolf Blitzer (shared
at the request of Boulder County GOP FB page)

“Right now, there are residents, they want to be able to petition their local government to try and reduce the amount of single-use waste consumption in their communities.And they’re currently precluded from doing that.”

“I knew that school lunch shaming existed across the country. School lunch debt is when parents can’t afford to pay for their student’s lunch. The kids still get to eat, but (the family) gets a bill.”

– Kate LaCroix,
a Boulder County mom working to get rid of the BVSD’s school lunch debt

“We will fight to make sure the I-25 corridor is part of [a possible upcoming federal infrastructure spending package.]”