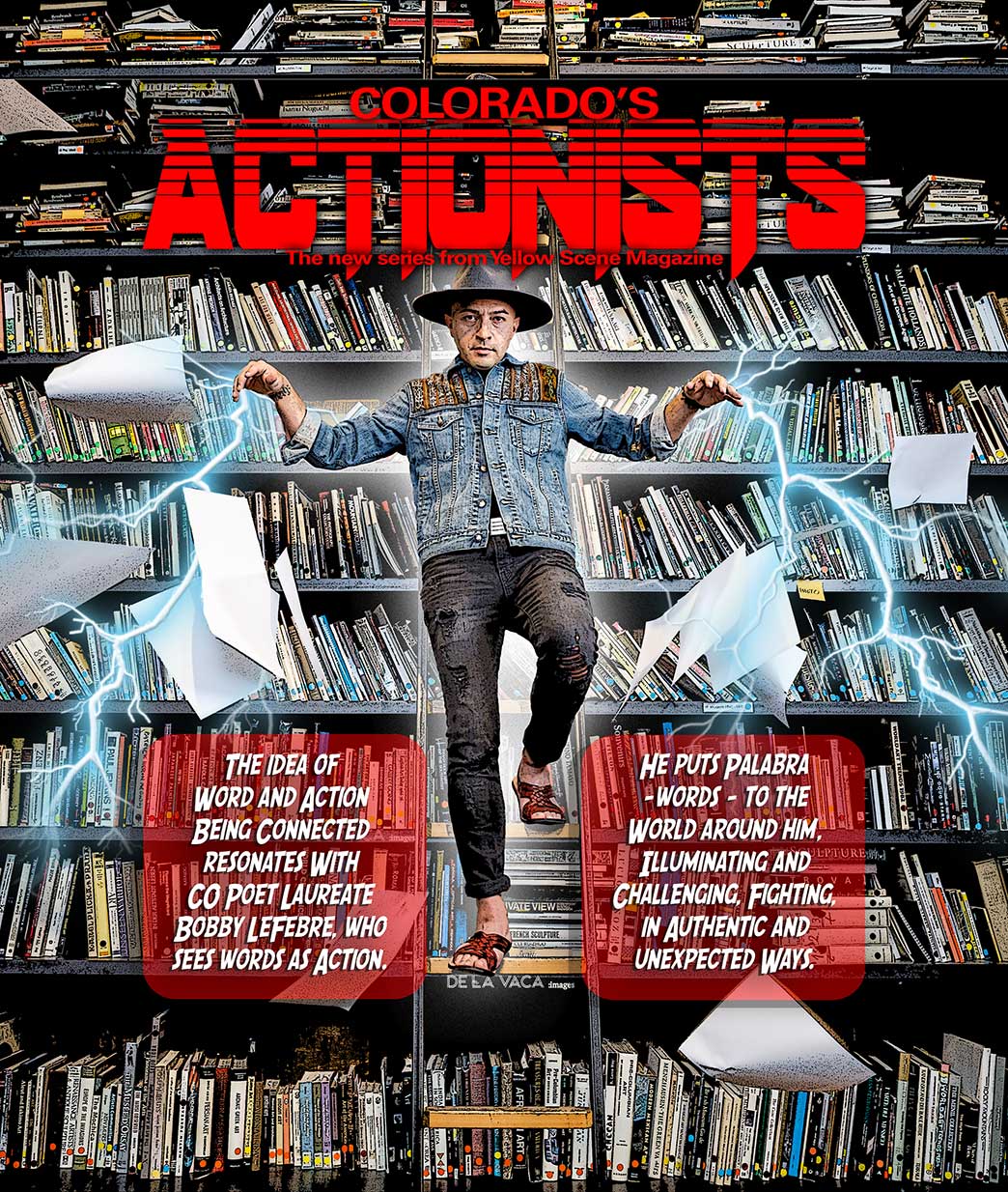 If you follow comic books, you know that one of the most important superpowers is the use of words, command of language. It’s deeper than this though, because oratory and rhetoric are used to push and pull masses of people into and out of struggles.

In the X-Men, for example, Magneto’s oratory leads thousands of mutants into open rebellion against humans, in what can be sent as a righteous, if poorly executed, fight for equality. Professor X, on the other hand, uses his power of empathy to look deep into people, into the collective unconscious of society, to direct action and purpose with what he sees, with his ability to convey what he discovers through his words.

It’s often been said that people don’t want to hear your words, but want to see your action. I want both. And Colorado State Poet Laureate Bobby LeFebre wants both.

Bobby sees words as action, part and parcel, intertwined in the very fabric of existence, a grounding motivation for movement, for protest, for love, for community, and for building up in us, between us, and around us a world that we want to see.

I sat down with Bobby at his home in the Northside, that singular place so powerfully portrayed in his award-winning play of the same name, and again at Redline Contemporary Art Center, in their library.

Bobby calls himself a writer, performer, and cultural worker, when asked who he is. Why he is goes a bit deeper. “I think that so much of being an artist, and the way that I approach my art,” he says, “it’s not so much about what I do, right? The why is because there’s a calling. That there’s an organic drawing to the work that I do…and I really don’t have a choice.”

“I believe I need to align my beliefs, action, and art to do what I do,” he says with a profound depth to his voice, his eyes bright, searching deep for the words to honor a truth so many of us fail to find: alignment of self with purpose. I’m reminded of Erving Goffman’s Presentation of Self in Everyday Life. The Canadian-born sociologist, social psychologist, and writer, wrote about aligning the self and impression management in his dramaturgical analysis, which used theater as an organizing metaphor. 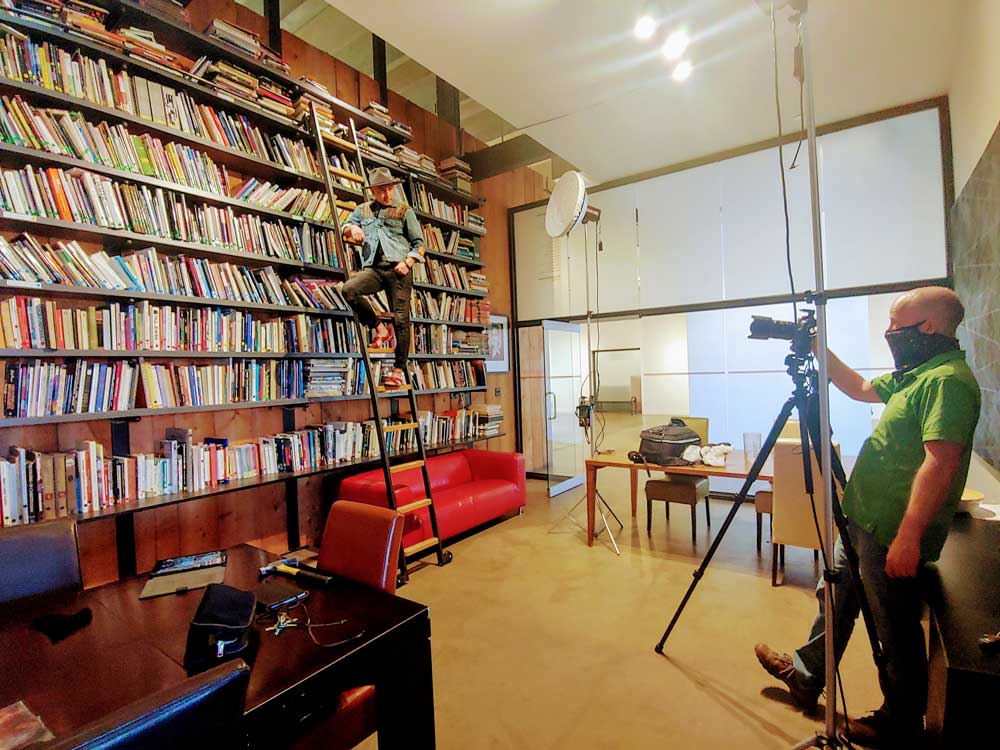 Goffman’s idea being, we have different selves we present – a friend self, a professional self, a partner self, etc – and the true self lies at the center. Bobby is his true self, always, and there’s no stronger evidence for this than his presentation of self in every situation, personal or professional, whether speaking as a multi-generational Northsider (his family homes can be found a short walk from his current home) or as the poet laureate.

As for his superpower origin story, “I came to figurative language through Hip Hop, to poetry through Hip Hop, Hip Hop culture,” Bobby recalls. He started Cafe Cultura – a nationally recognized spoken word and poetry spot – and is “smart enough to know I’m not the first person of color qualified to be the state poet laureate,” though he is the state’s first.

“Here in the city,” before he came fully into his powers, “there was a lot happening in the early 2000s, particularly open mic readings, venues such as Cafe Nuba – ‘it’s hot and it’s black’ That’s the first place I really saw this art form taking off, with black and brown people. I fell in love with it.”

We are glad he fell in love. It’s the Professor X style that gets us. He’s aware of the power, too, commenting that, “I really love being in community. I love the way in which poets, in particular, have a way of conveying things that are difficult for us to convey in any other way. So language, and poetry, and performance are something that I gravitated to. And then I kinda married that with my politics.”

This is the part I love. It’s powerful. In only the latest example of his fearlessness, of his seamless ability to match word with action, to marry poetry and politics, I watched live on YouTube as a gunman went into King Soopers and murder 10 people. Deep breath. Thousands of us watched together. The world heaved as another American city fell victim to young male rage. I spent the night connecting with friends around the world, talking to contacts and writers, and dealing with the emotions of it happening in my own backyard. And I went to scroll Facebook… 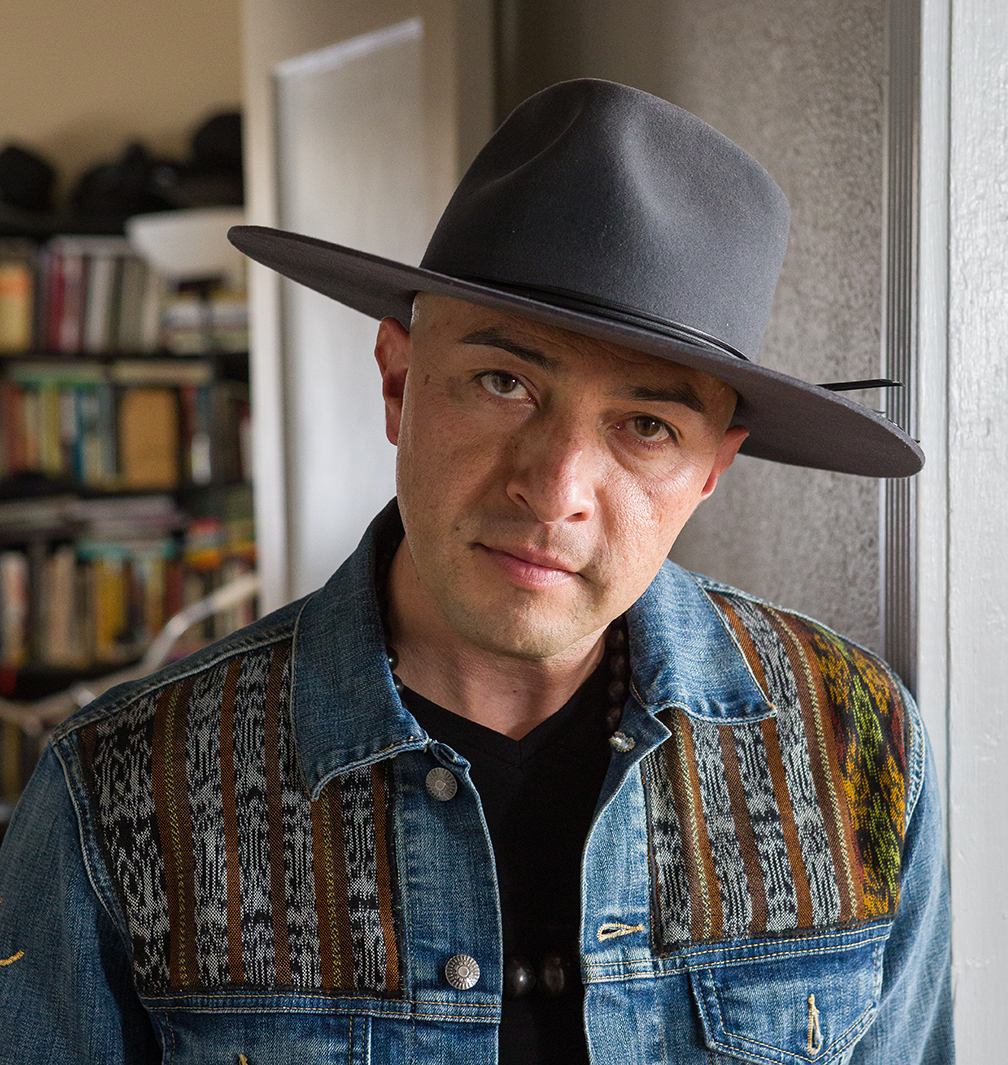 On March 22nd, the date of the King Soopers shooting he wrote, in part:

On March 18th he wrote to White America saying in part:

“If you have any lasting legacy in this country, on this continent, it is genocide and racism. The architecture of both live in your blood and bones. You have the blueprints to anti-blackness in your DNA. Your fears of immigrants and brown bodies on their ancestral lands and anywhere else is an heirloom. Racism is your invention.”

On April 12th he wrote about police violence, saying in part:

“The black body knows
The stark difference between
A taser and gun.
The pig knows this, too
But when a pig sees a tree
They gather their rope.”

On April 20th he wrote about the George Floyd verdict, as we waited to hear what it would be, saying in part:

“Justice will be served when nobody else is dying at the hands of the police and they are abolished once and for all.”

This, for me, is where consciousness becomes catharsis, where poetry and politics become a beaten and bloody pulp used to plug up wounds and pray truth and shine light and dance. This is what language was invented for – not laziness, or condescension, or hate – but to paint in the prettiest and most painful ways what we all feel but fail to express. As Bobby said, the poet’s job is to convey what is difficult to convey in any other way.

This is his superpower and we wouldn’t want anyone else in the position he’s in.