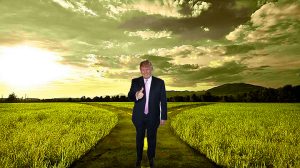 The eloquence of this simple quote does an unimpeachable job of arguing the point for impeachment. There’s no denying the truths we have come to witness over the last three years. The President of the United States is a man who lies.

His supporters — a mostly white, male, Christian conservative base — argue that all politicians lie, and therefore it’s purely just a “sore-loser, rabid, hate-filled, socialist plot” to undermine the seat of power in the White House. That in a field full of men and women without honor, Trump is no more guilty of any wrongdoing or dishonor than any of the rest of them.

And, in some ways, they may be right. Certainly, this Congress is very different from the one Richard Nixon faced in the waning days of the Watergate scandal. Party lines were zealously adhered to then, but they were not sacrosanct. Nixon would have needed at least 34 votes in the Senate to acquit — at best, he could maybe garner 15, thus his resignation. Too many Republicans of the time saw that faithfully executing their duty to uphold and defend the Constitution of the United States overshadowed any loyalty to a sitting Republican President. Indeed, they saw that the only way to save the Republican party was through the cleansing fire of accountability.

Trump is not — nor did he declare to be — a statesman. That was part of his shiny luster for his base as he stumbled into office in the most stunning display of the Peter Principle in American history. The man has always led his businesses through the lens of his whims of the moment. He has little-to-zero training or education on matters of Constitutional Law. It’s utterly laughable to embrace the idea he is not guilty of engaging in some level of quid pro quo with Ukraine, because it’s startlingly obvious that he literally had no idea that what he was doing was illegal. And once it was brought to his attention that it was, he engaged in a sloppy, hamfisted coverup — including violating the Whitstleblower Protection Act by threatening murder — because Trump Does Not Admit Wrongdoing. It is the First Rule Of Trump.

I write this only a few days after Nancy Pelosi launched her inquiry into Articles of Impeachment on Trump, and by the time you read it, there will have been several more chapters written in this book, because the news cycle is as unyielding as Trump’s own fog of narcissistic-fueled hubris. Many pundits believe this activity is little more than a show that just further entrenches the indignance of the white fragility of Trump’s xenophobic base. It’s a cynical perspective, granted, if not accurate as well.

And yet, it’s the veil of cynicism that endangers the Republic the most. That we would forego holding an obvious criminal action by the POTUS accountable because we believe the Republican party has become so bereft of honor that none of them will break rank to embrace the honor purported in the quote written above.

And by the way, that quote above? It was from Senator Mitch McConnel’s closed-door speech to Congress on Feb. 12, 1999 concerning Bill Clinton’s impeachment for perjury regarding an extramarital affair he’d had with a White House intern. And while we know that McConnell will never break ranks, we’re still left to ask:

Is there any honor left in the GOP?