I wouldn’t say it started well but it looks like it’s going to end well. The Fox Theater website said that tonight’s EarthGang show started at 9 pm. I arrived at 8:25 p.m and figured I’d be inside rather quickly. Instead, I encountered a line; a long line, in the snow, in 10 degree weather. I found dozens and dozens of young Coloradans, mostly from CU Boulder, standing outside in sweaters and tennis shoes, obviously not prepared for the severity of this early winter. We stood in line for 15-20 minutes before finally getting to the door, meaning we all survived – a pronounced increase in coughs and sniffles later. The Mirrorland Tour had arrived on a frigid winter night to a sold out crowd (of which it appeared three-fourths showed up). Fronted by DUCKWRTH and Benji., this show was primed to pop. But first we had to get through the doors.

Two guys in their early 20’s asked me if I was cold, a few feet from the door, my hair covered in snow. I was freezing. They asked how I knew EarthGang, demonstrating their group knowledge to me and excitedly talking about how most people showing up were *actual* EarthGang fans, not just groupies or people trying to see a show. Real music brings out real heads. We got to the door to find harried staff hurrying to get people in the doors. The body and bag searches were not up to par, let’s say that. Also, carrying a photo bag, I was met with less than polite staff, unhelpful, mistrustful. Really, do y’all normally approach photographers like that or is it just me? I know there aren’t a lot of non-White photographers popping up at shows in Boulder, but I swear, I’m legit. It’s enough to make you want to just walk away, really.

As an aside, it needs to be recognized at venues, the relationship between media and performance spectacle is a sacred one. These groups live off their publicity. As media, we want to cover pop culture and what’s happening in our communities. The function of the intermediary, the literal middle man as it were, is to facilitate that; not to be a hindrance.

Once inside, I found a room that was slightly warmer than outside and half full, with locals shaking off the snow, hands still tucked up in their sweaters. I popped into the restroom real quick to dry my hands under the air dryer, hoping for some feeling to return, only to find that it was blowing cold air. Security was walking out of the restroom as a young man and woman walked in and headed to one of the stalls. The security guard asked them, “What are you doing?” They didn’t reply. He looked confused and left to get help, came back alone. Apparently security inside the club wasn’t as high as the level of security outside. He walked away, after standing outside the stall listening to the snorts and not doing anything. No big deal, they were just inhaling very deeply from a small baggie. I’m sure that’s perfectly safe and not a security concern. It was a powdery kind of night after all.

Benji. was up first and came ready to kill. From bending water to regulating mosh pits – “everybody say ‘insurranceeeee’ – he handled the crowd and won fans. As a golden age hip hop head myself, I’m definitely gonna dig into the crates and see what goodness I can find from him. Sitting in the back snapping shots after crowding the stage for my allotted “3 songs, no flash”, I was asked by a dude next to me how I found Benji. I hadn’t found Benji. Before; I’d only heard his name. The dude was from Chicago, older like me, and a true school head. He had driven in from Denver during a snow break in the afternoon to see EarthGang. He remarked that, “I didn’t know I was also coming to see Benji. This dude is dope.” Agreed, sir.

DUCKWRTH came out hard af, making the crowd erupt as he asked, screaming, “Do you wanna start a riot?” I wish this dude maintained that level of hype and engagement throughout his set, but he didn’t.  He took too many opportunities to chide the crowd for being too quiet instead of giving them reasons to get loud. My Chicago dude and I laughed that, “Kendrick Lamar is more famous for the Duckworth beats than this dude is for his own name.” Harsh, I know. Some youngsters behind me in that line outside were talking about the openers when one said, “Benji. is dope. DUCKWRTH is alright.” That about summed up the performances I saw. In a childish bit of snub, when the show ended an hour or so later, EarthGang called Benji. and DUCKWRTH both on stage for applause. DUCKWRTH didn’t come out, at least not that I saw.

EarthGang, tho… lordt. What a show. The rap duo EarthGang, sayeth Wikipedia, was first formed in 2008 by Johnny Venus and Doctur Dot, then both high school students in Atlanta, Georgia. Johnny “Olu O. Fann” Venus and Doctur “Eian Undrai Parker” Dot grew up on the city’s Southside, which was also home to Outkast and Future. Who would’ve thought that one day they’d have a majority white crowd in Boulder, Colorado, screaming, “Fu*k Donald Trump”, along such positive anthems as “Proud of U”, “UP”, and “Swivel”.

Not gonna lie, I’m not gonna spend too much time on this. The album is a banger. If you haven’t followed them, in 2016 EarthGang began conceptualizing a “deconstructed album”, according to the Mirrorland Wikipedia page, “which would form the three EPs, leading up to their major label debut album, Mirrorland. The trilogy: Rags, Robots, and Royalty were released between 2017 and 2018. EarthGang describes the album as a ‘cinematic musical experience filled with delectation and delight.’” Mirrorland arguably found a spot on the mainstream map following the collaboration with #Dreamville – the J. Cole directed mass group project – and have used that hype to push the music and shows further than was previously possible. Not that Cole is the key. These guys are hot af, hype af, and on a very cool level for fans of Atlanta trap, psychedelic rap, and old school high lyrical content goodness.

See ‘em if you can. Listen to ‘em now. Your ears will thank you.

All images by De La Vaca for Yellow Scene Magazine. 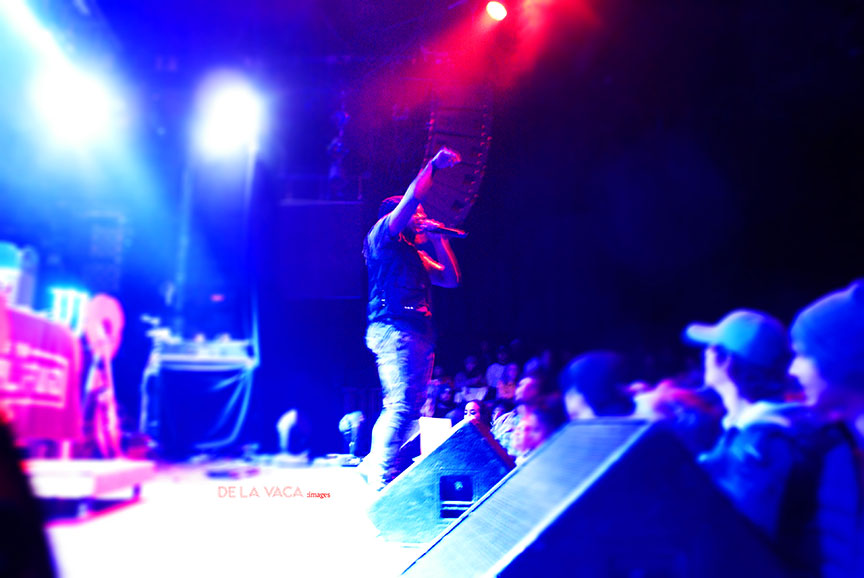 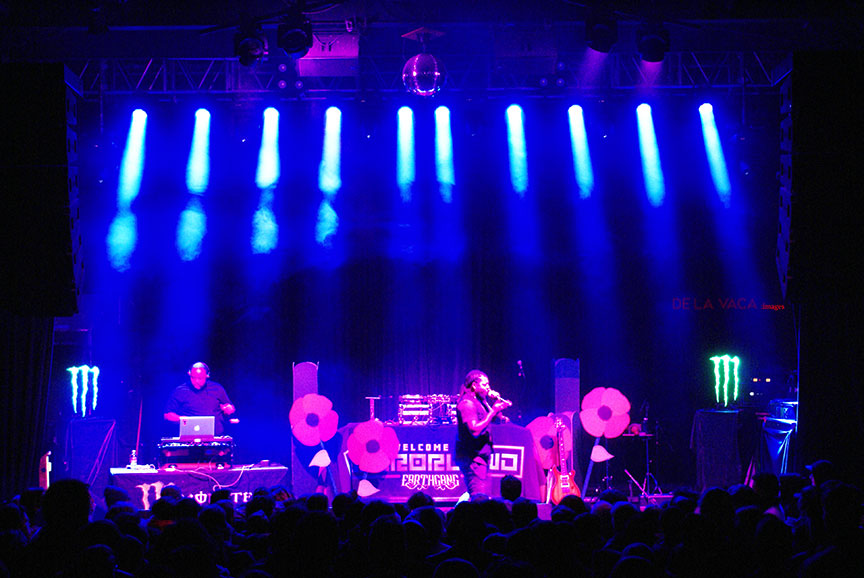 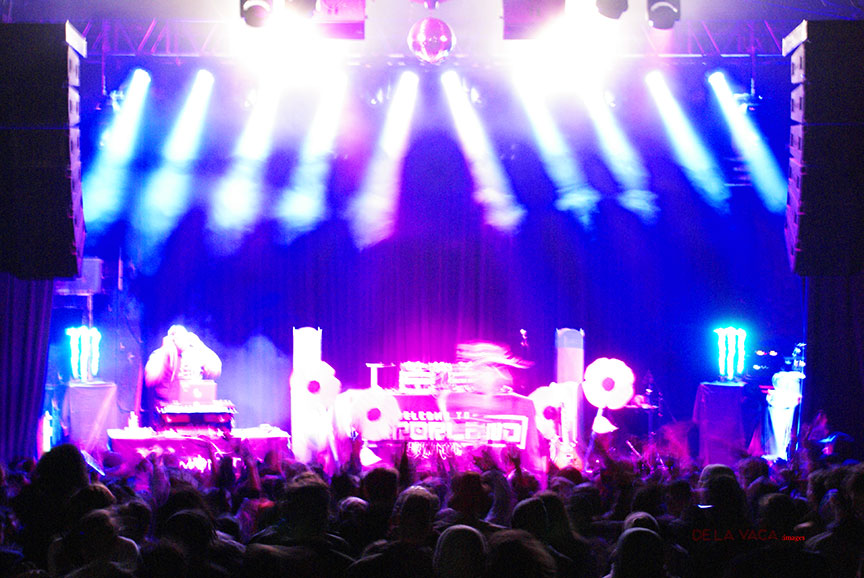 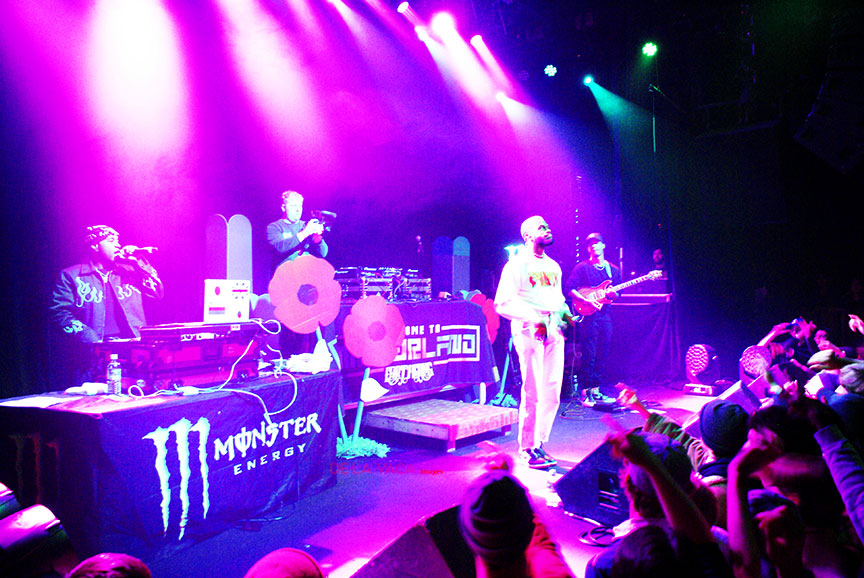 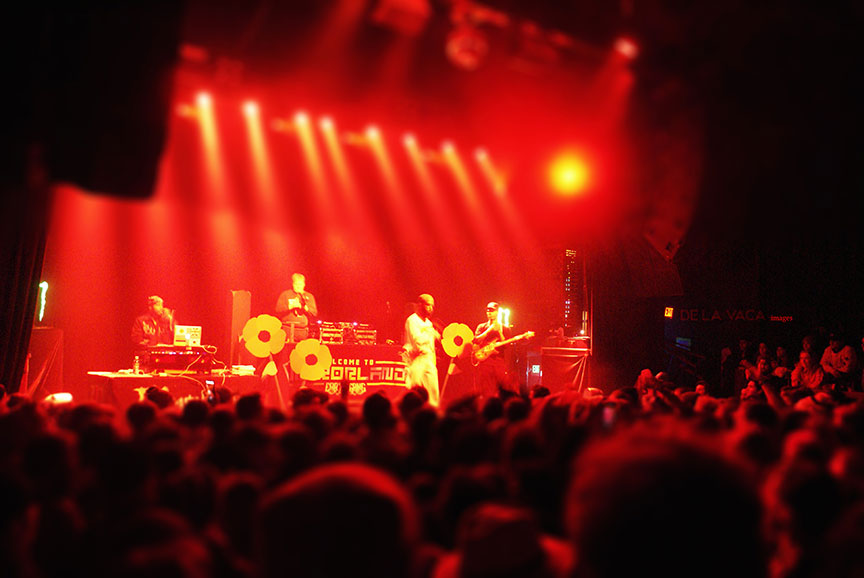 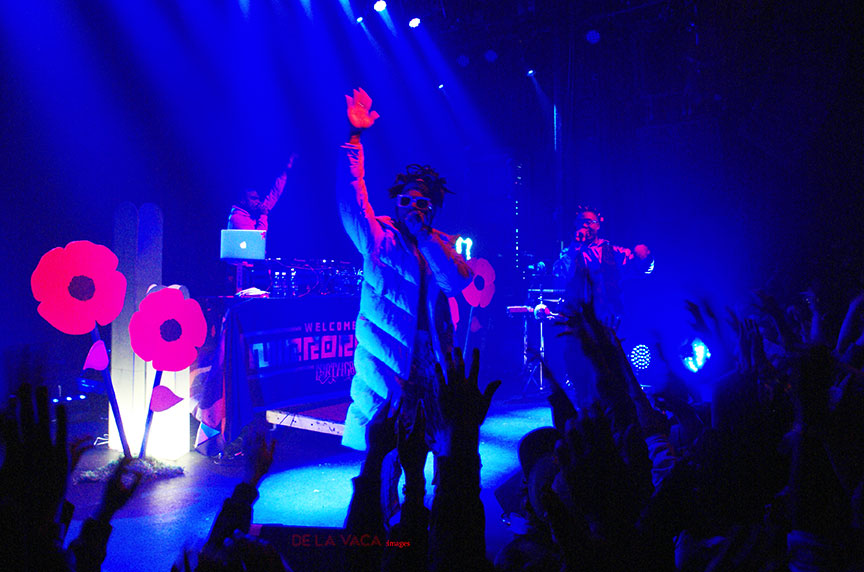 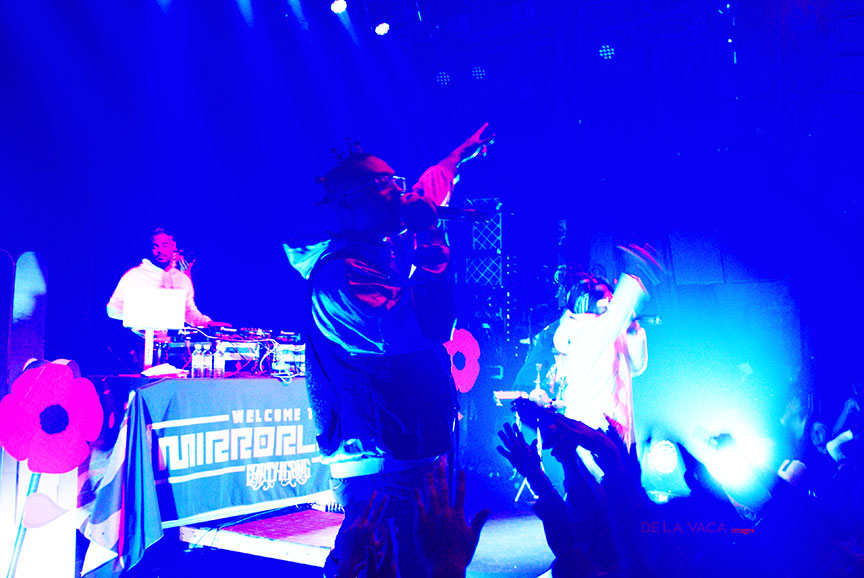 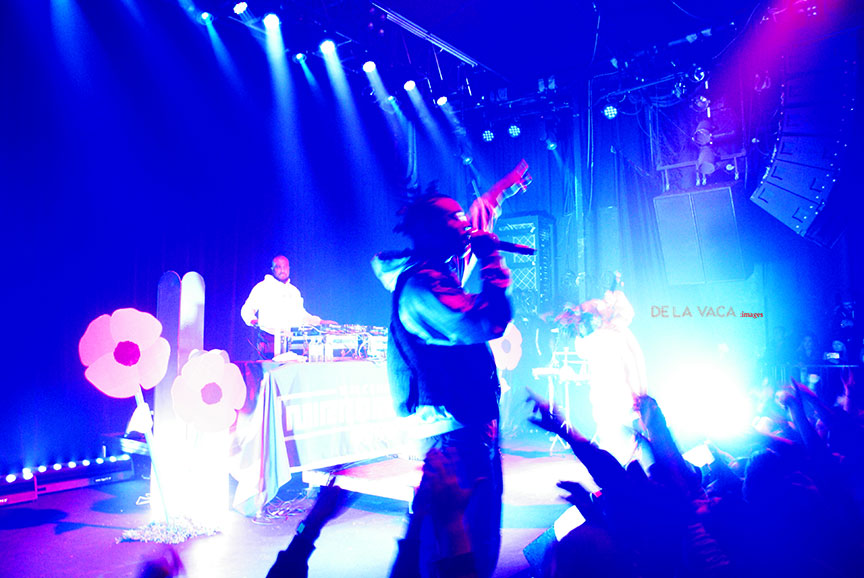 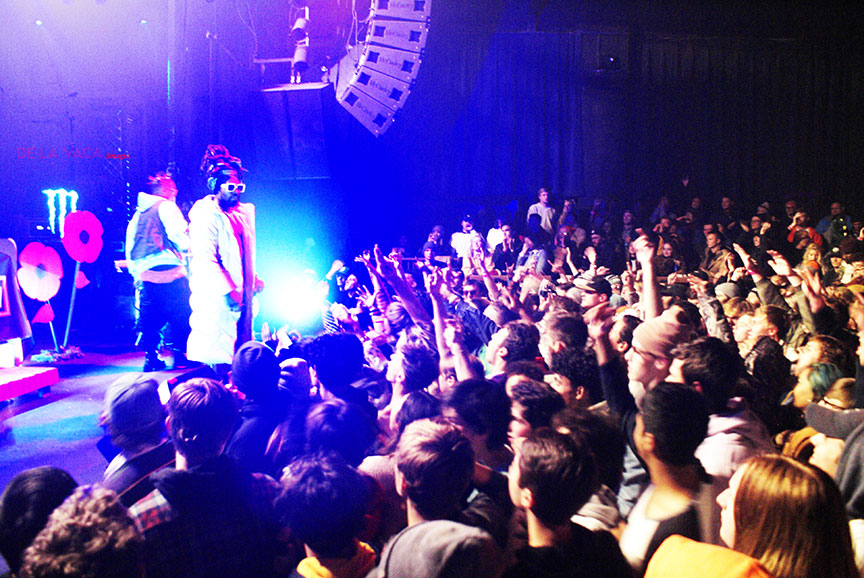 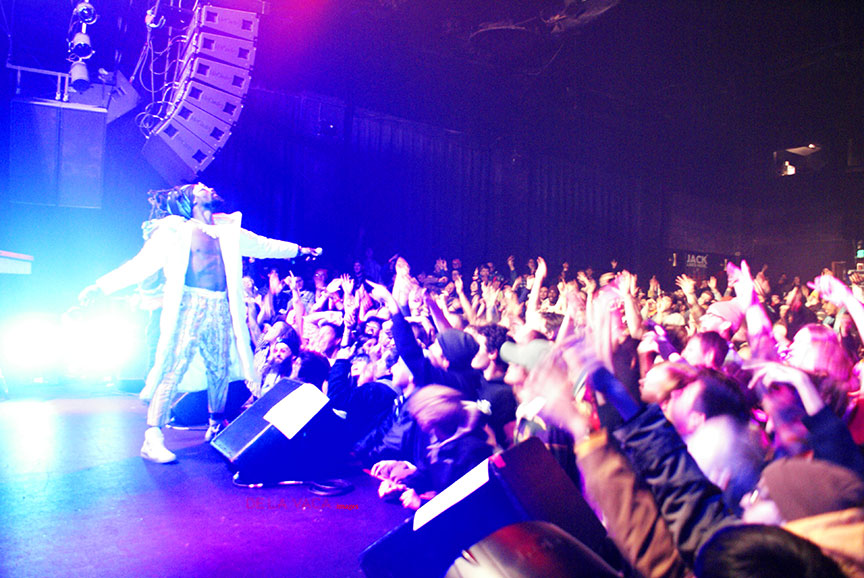 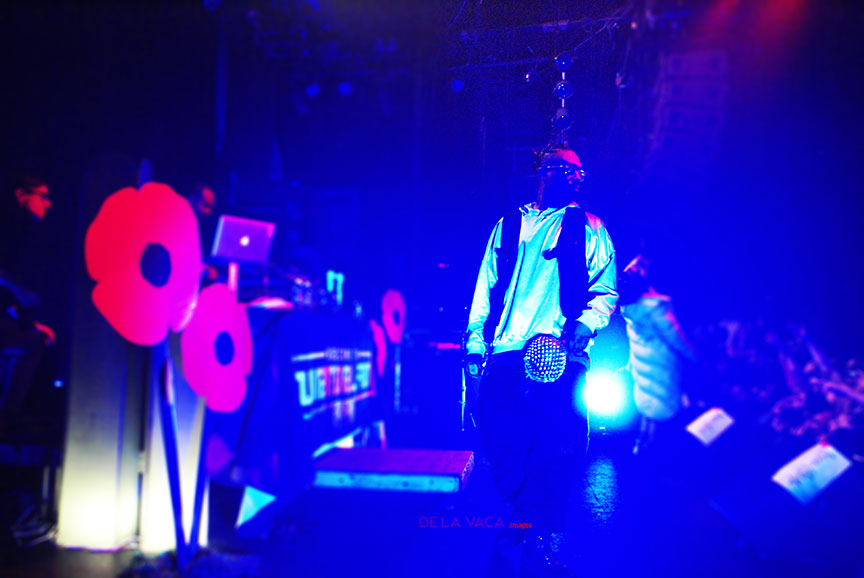 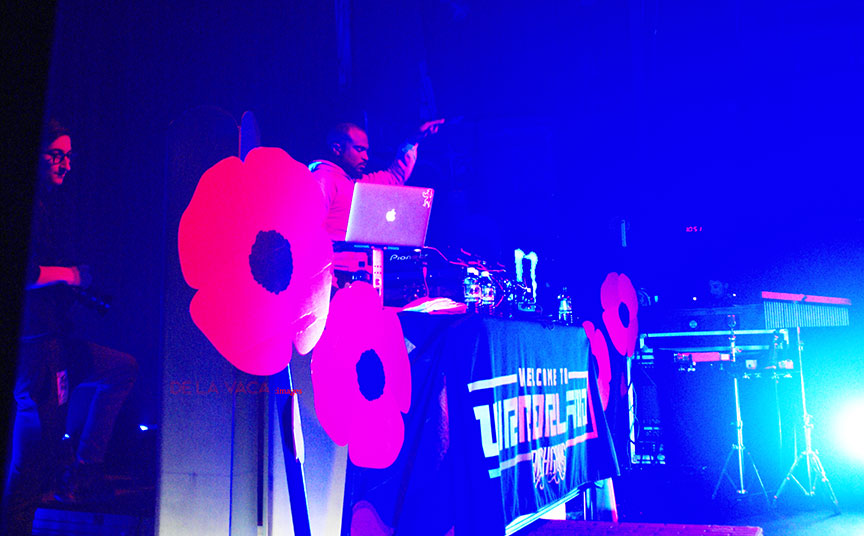 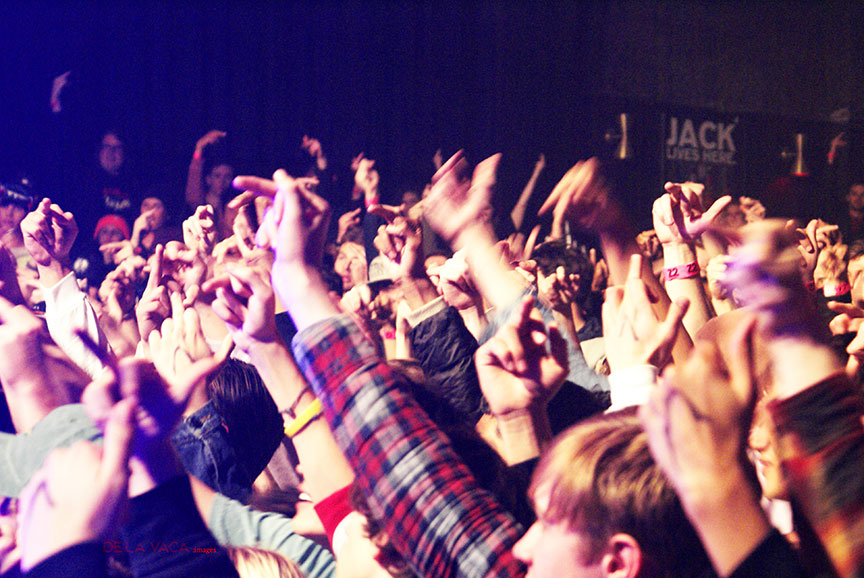 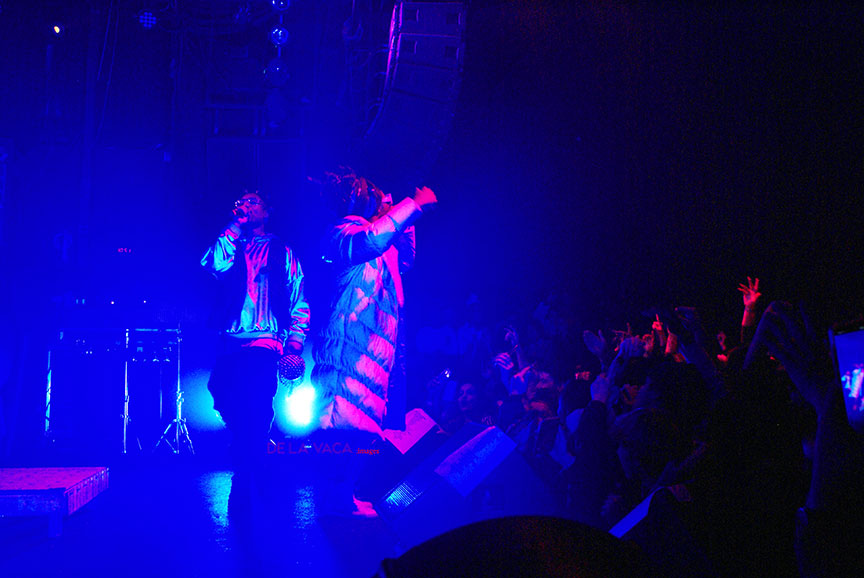 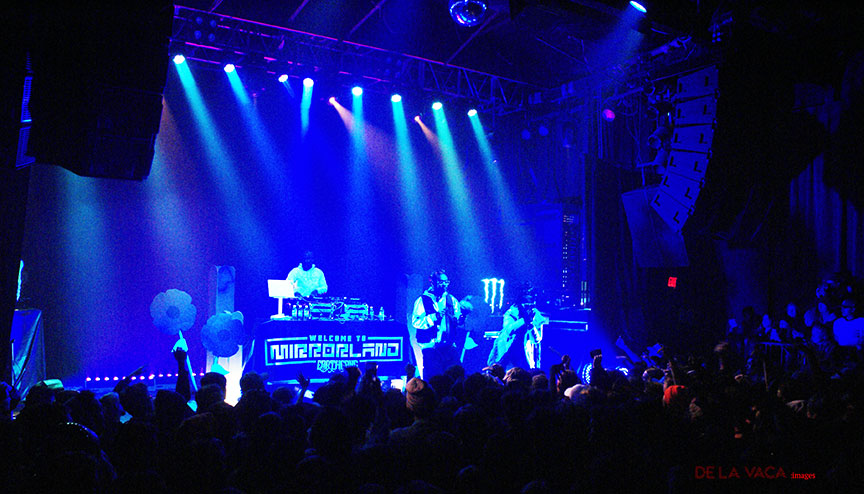