I follow a lot of rappers online, whether on their email list or their social media. I smiled just a month ago when Sage Francis posted a picture of himself hugging Slug, of Atmosphere. The caption in the photo reads, “Big happy bday hugs to big bruv Slug. It’s been 20 years since he scooped me up on an @atmosphere tour and I’m forever grateful for everything that’s unfolded from there. He’s been a great friend. ?” The photo is by @alarmpress (IG).  Slug and Ant, of Atmosphere, with Brother Ali, Grieves, Prof, Sa-Roc, Nikke Jean, and DJ Keezy came through the Mission Ballroom to remind us of the history, and the future, of hip hop.

20 years ago was 1999 – a good year for hip hop in general – and I’m reminded that Atmosphere began as a group based in Minneapolis, Minnesota with Slug, less well-known as Sean Daley and DJ / producer Ant, Anthony Davis. That was 1996.

I remember being a young hip hop head in California when It’s Overcast! Dropped and everyone around me being confused that hip hop was coming from Minnesota. I doubt many of us could’ve found Minnealpolis on a map. I remember the Lucy Ford album. I remember when God Loves Ugly came out, continuing the hip hop love affair, singing along to “I wanna say Fu*k you, Lucy. But the problem is I love you, Lucy”. I even dated a Lucy… I looked at Slug’s face on the album cover recently and he was so damn young; I see his face and I think ‘wow, either he’s older I’m old, or both of us are old, but damn I still love hip hop and, damn, they still make such good hip hop’. I remember in 2008 trying to paint that shit gold and I remember Frida Kahlo versus Ezra pound and the most recent, the last two of which are Latin sounding, Mi Vida Local in 2018.

I’ve been in Colorado for about three years now and I’ve been covering music for about two and a half. I’m hard-pressed to remember any other artists I’ve seen more than Atmosphere and the Rhymesayers crew, who continue to make Colorado a second home, stopping through on virtually every leg of their many tours. Colorado loves it’s hip-hop, especially this true school, old school, underground, backpacker, real hip hop.

I’ll be honest in saying that I arrived at the Atmosphere show a tad late, given the Mission Ballroom’s less than user-friendly parking situation and my tendency to not want to pay inflated costs to spend five hours at a show. I parked down the road at one of the many breweries and walked over to the Mission. We arrived too late for Nikki Jean and, dashing my hopes, found out that neither Prof nor Sa-Rock was on the schedule for the first night that we were given access. Wack.

I was really excited to see Sa-Rock, who I’ve never seen in person, and whose music litters my playlist. Nicki Jean and Prof are also in my files but I was too late for Jean. I showed up instead, after photo pit access expired, halfway through the Grieves set. He legit had the crowd on their feet, “hands in the air, wave ‘em if you don’t just don’t care” style. DJ keezy, per usual, set the tone and kept the music flowing in between sets. 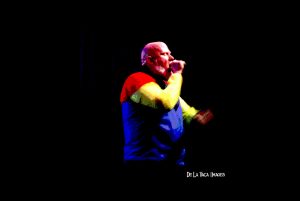 Now, this review might be a bit late considering they graced Denver on September 20th and September 21st but, honestly, is there ever a bad day to reminisce on great music In your vicinity? No. So let’s continue. I like shooting concerts with an old-school Sony Alpha 100. It’s good enough to capture, if you know the settings, great photography no matter the lighting but it’s old-school enough to give you a grainy, gritty feel reminiscent of the heyday of a concert photography, like Jimi Hendrix at Woodstock or Janis Joplin anywhere. Snap the photo, run through them with some filters and some saturation and some cropping, and oila. Photo editing is a meditative process for me and, as photographs have a way of doing, I was transported back to the concert during my work.

One thing I would say is, having witnessed the full sets of both Brother Ali and Atmosphere, I’m disappointed in one of Brother Ali songs. On one he raps about going to a newsroom to talk about his art and how everyone there wanted to take photos with him and the writer had done the research to interview him. He raps that he asked them why they never placed him in the broader hip-hop conversation, to which “that joint got quiet real quick”. I never would have thought about it but, listening there in the Mission Ballroom, I realized that the song is literally about them placing him in the hip hop conversation, otherwise why would he even be in a newsroom with people that knew his music and wanted to support him? Since then I can listen to that song the same way and I have officially deleted it from my personal playlist. Otherwise, B.A. continues with his genuine style of love based, conscious hip hop, with the adoration of the crowd evident.

Atmosphere, as usual, killed it. The “smile now, cry later” faces he makes are literally iconic in Hip-Hop, like the mole on Nas’ face, or the everlasting crown in the aura of Erykah Badu. It’s just exactly what it needs to be. Slug is an emcee of such skill and acumen that, as expected, he takes the audience on a voyage, through history, story by story, rap line by rap line, and leaves them in need of more. Sage Francis once rapped that he is “different,” and that most rappers “don’t know how to speak to a crowd in an intimate environment”.

The Mission Ballroom, with it’s 3,950 head capacity, is anything but intimate. The way Slug raps, the way Ant prowls the crowd before DJ’ing, the way Brother Ali amps up the positive energy, the way Grieves get the crowds ready for a workout and Keezy keeps the vibe up, you would never notice the venue was anything but intimate. This is what good rap, what showmanship looks like. This is why Colorado is a second home to Atmosphere (and the Rhymsayers crowd), and why Coloradans keep showing up for them. 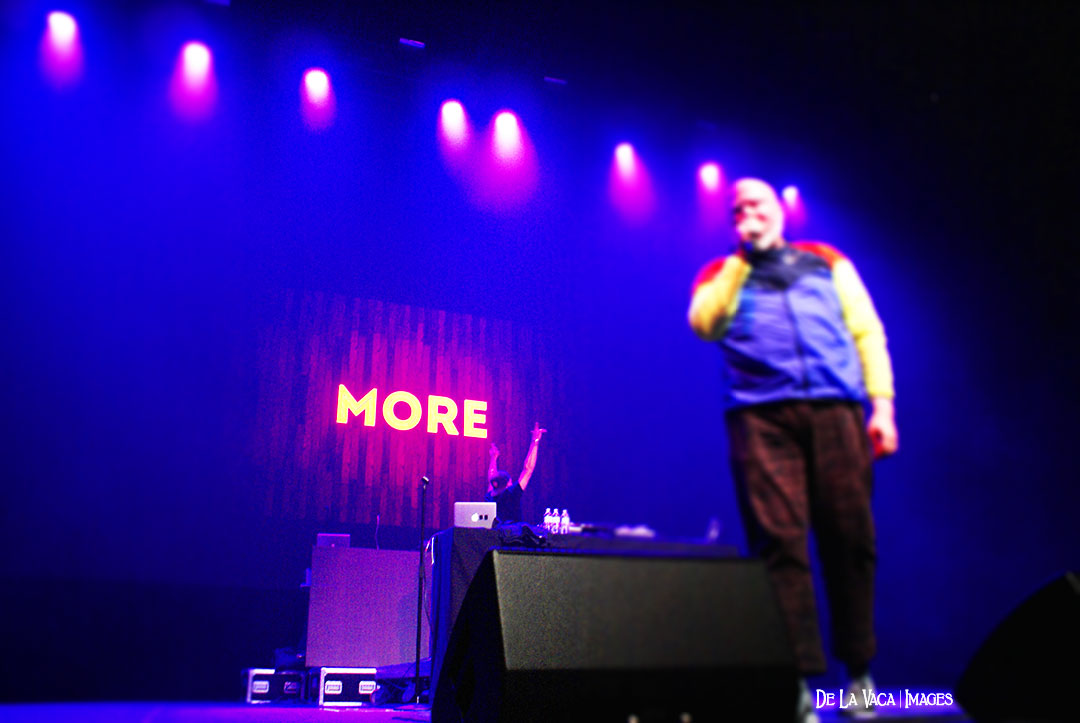 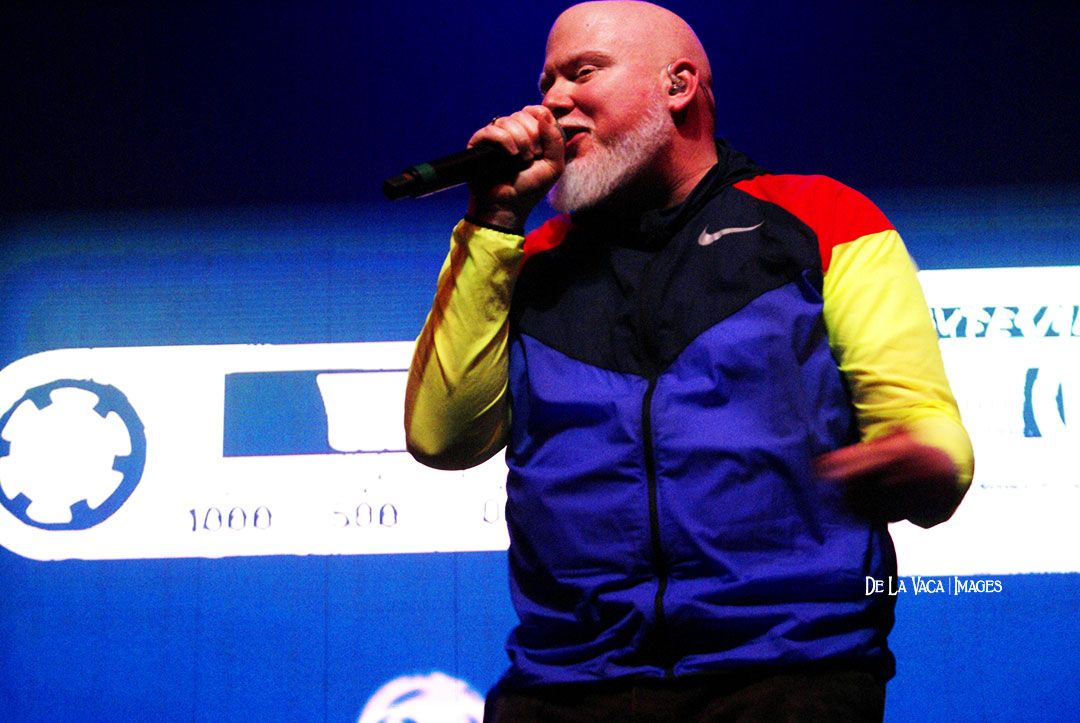 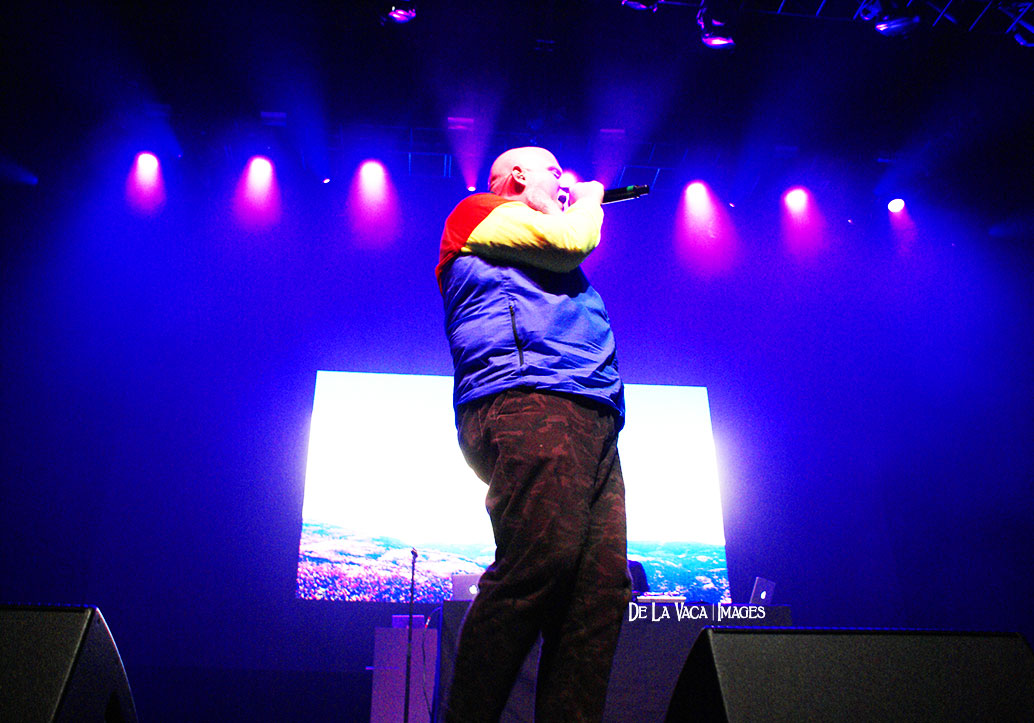 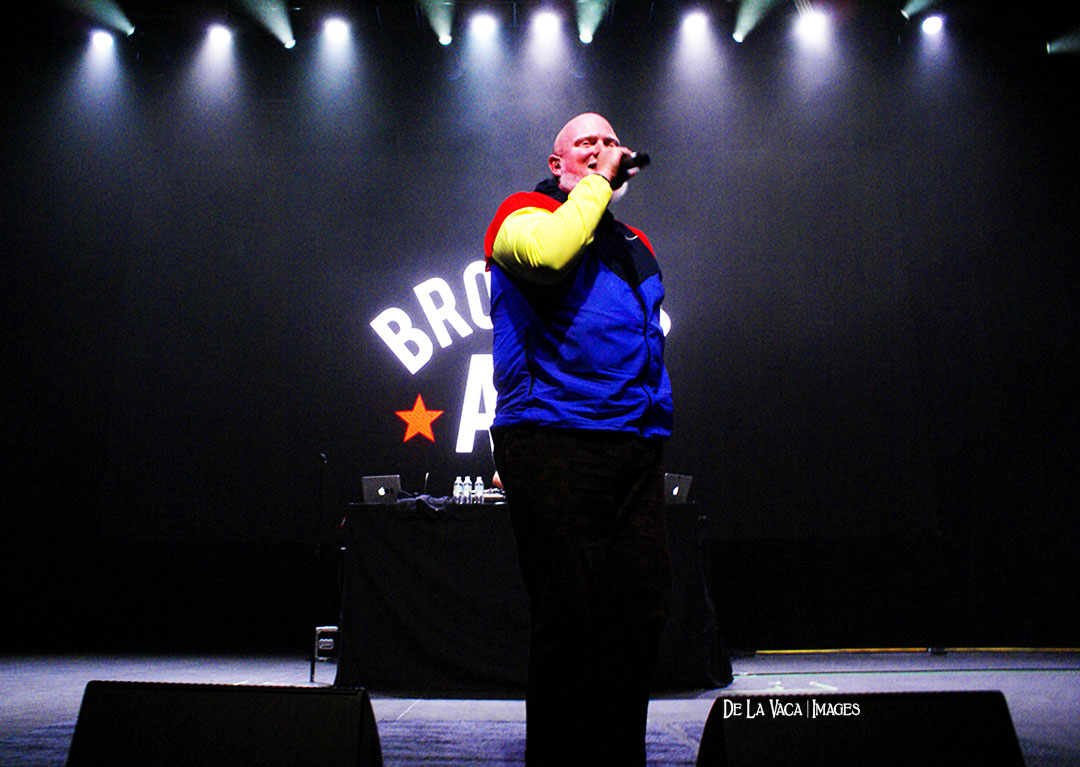 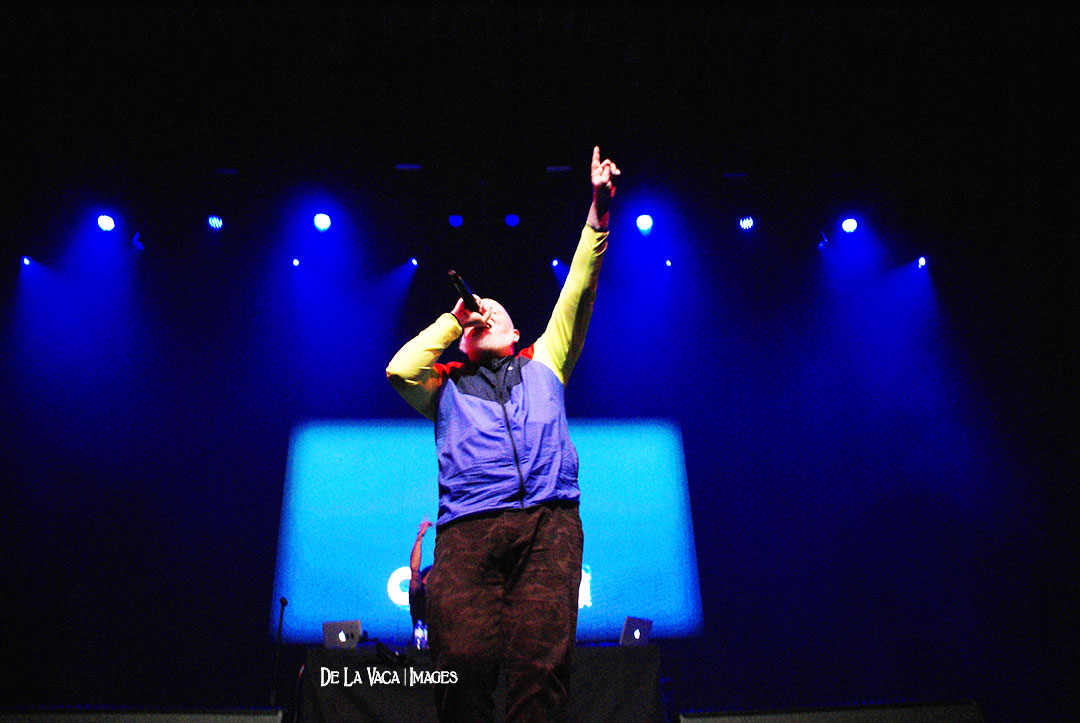 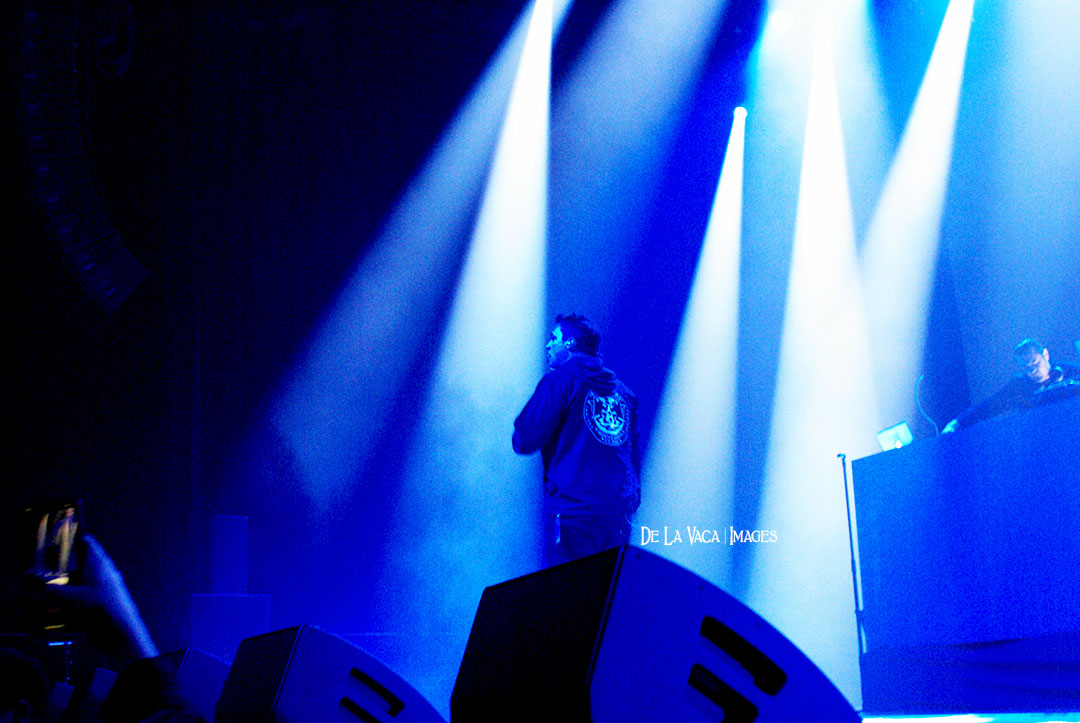 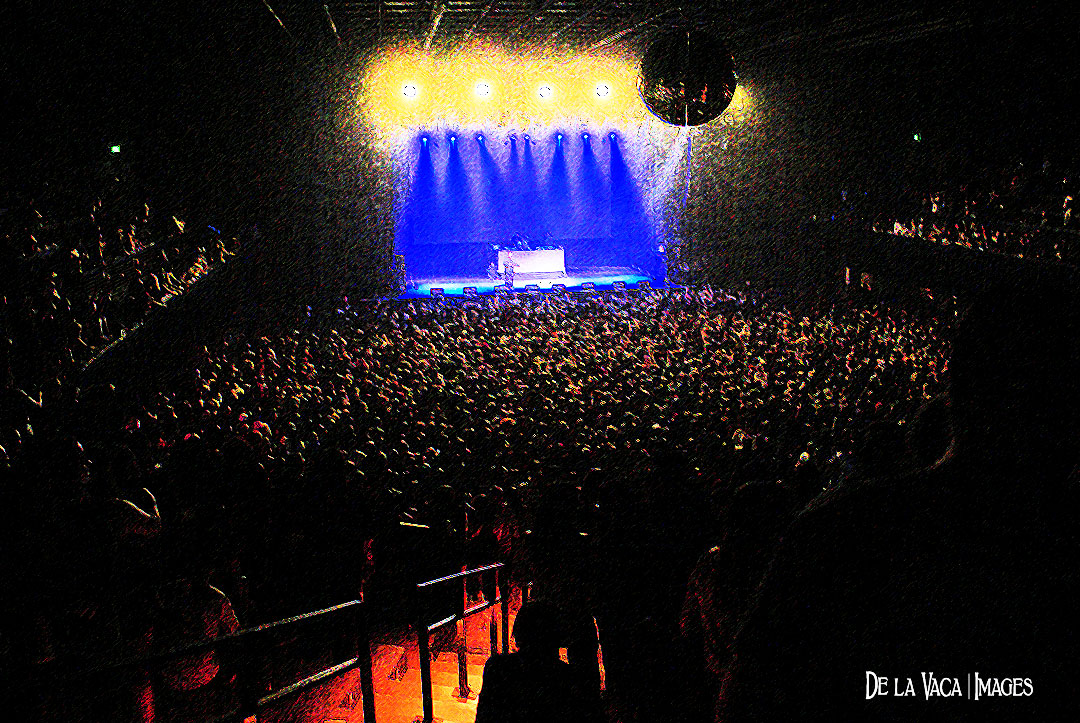 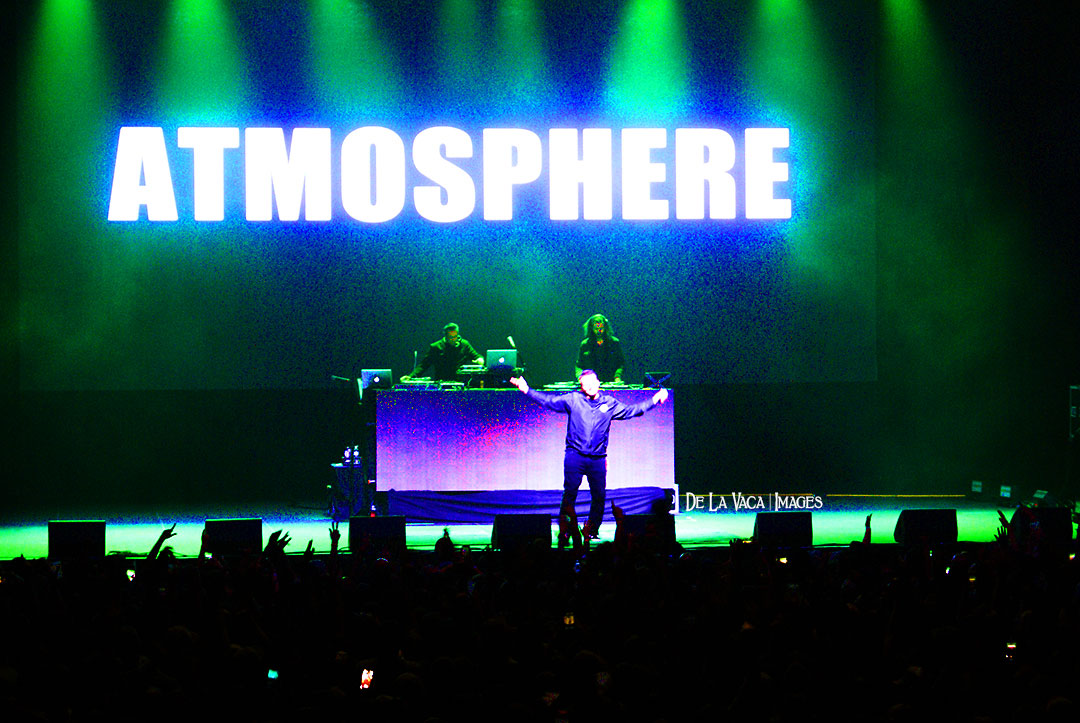 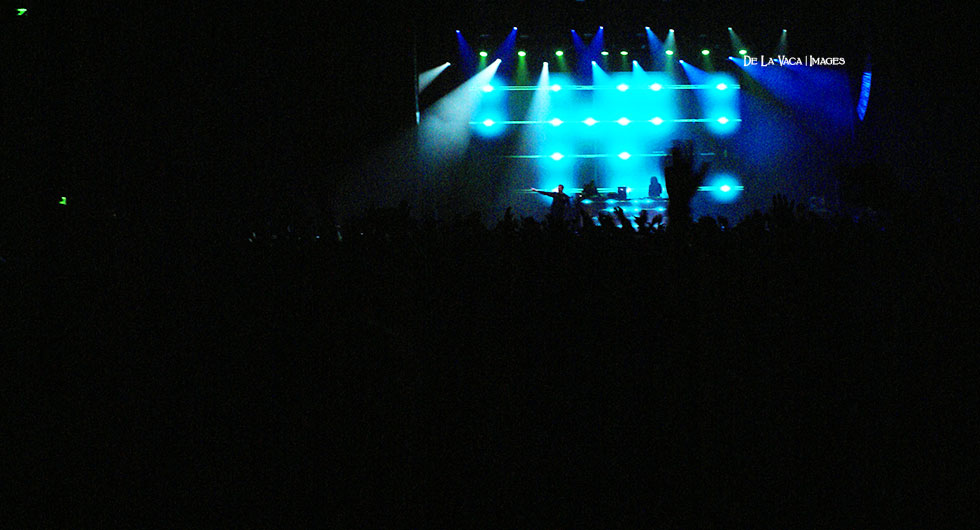 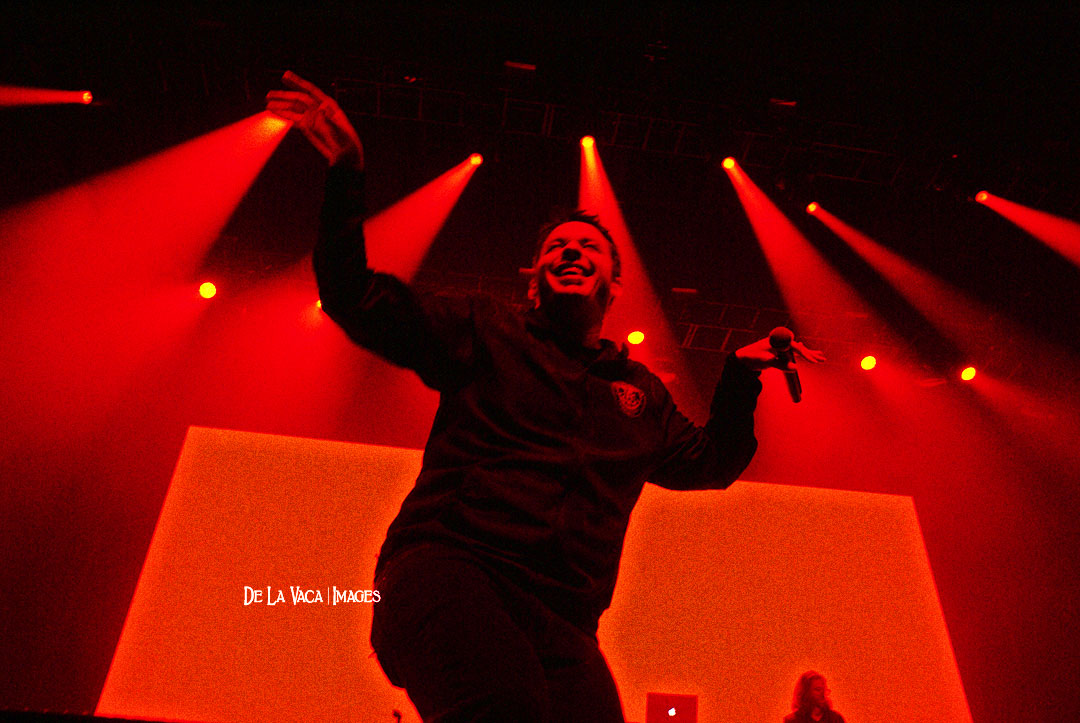 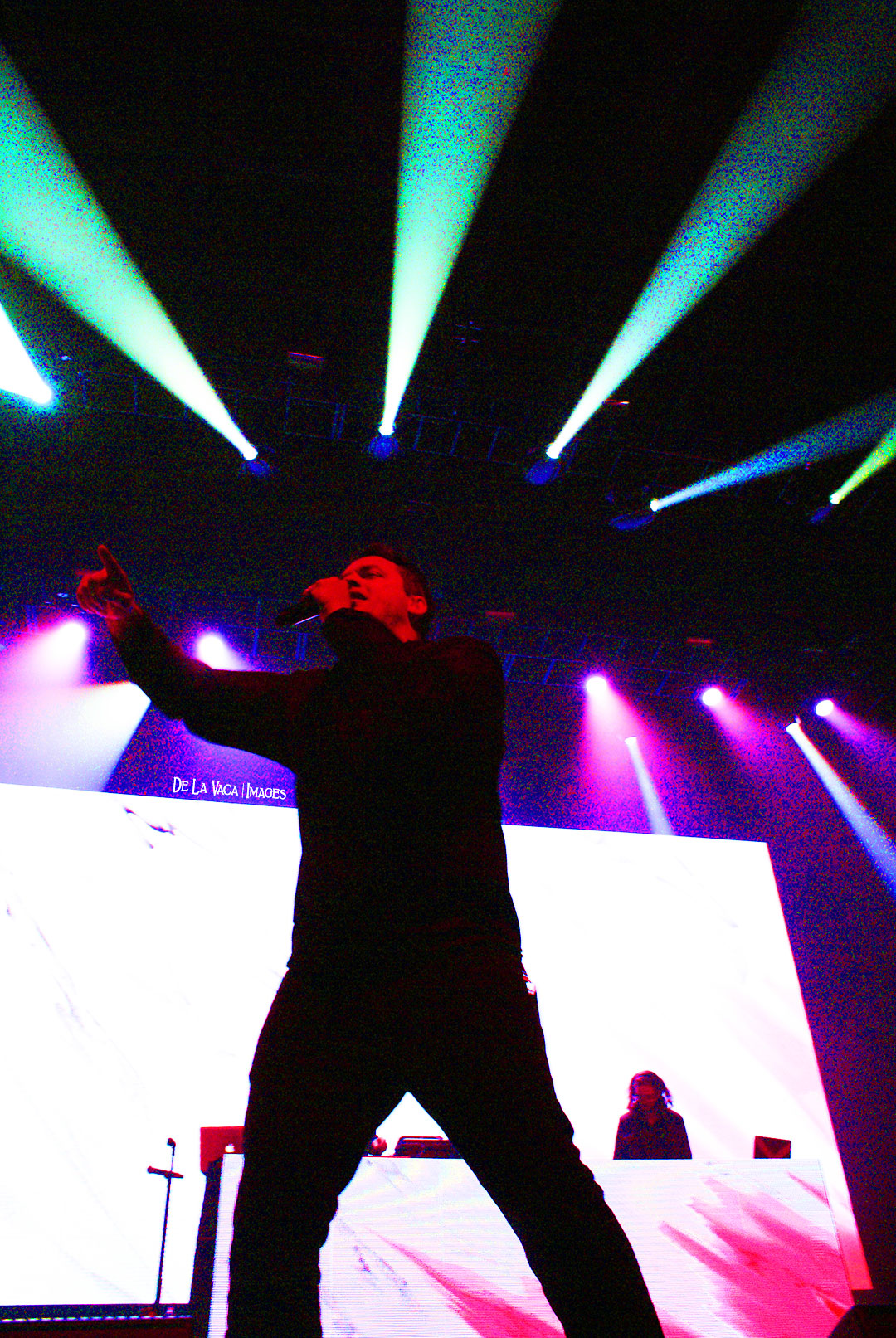 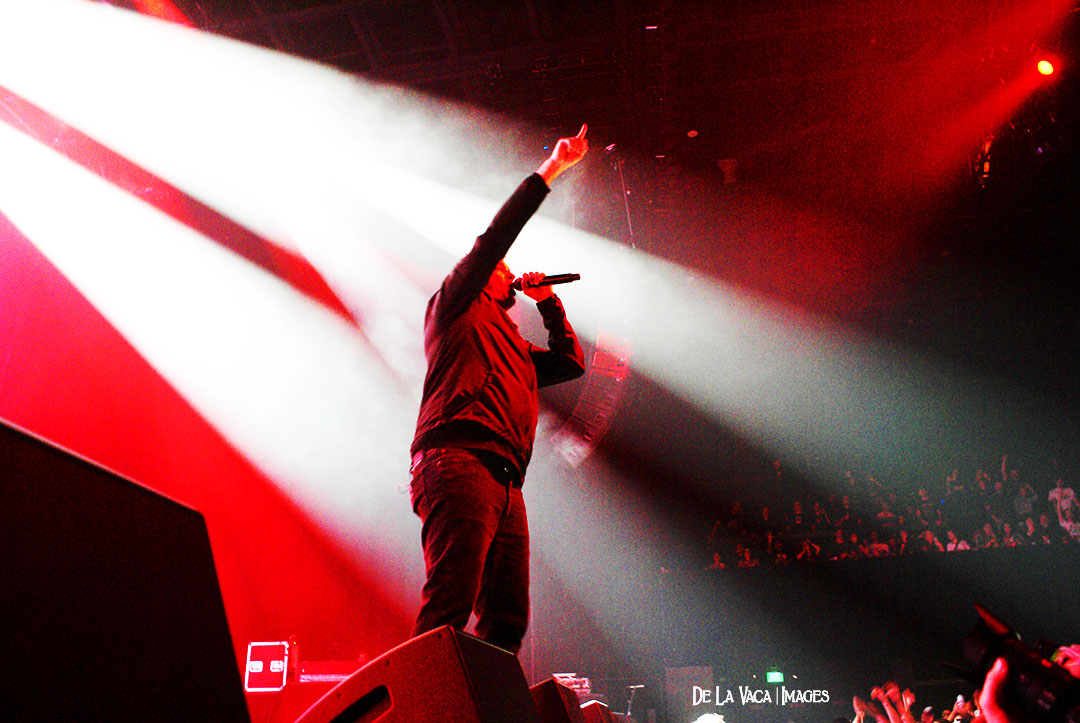 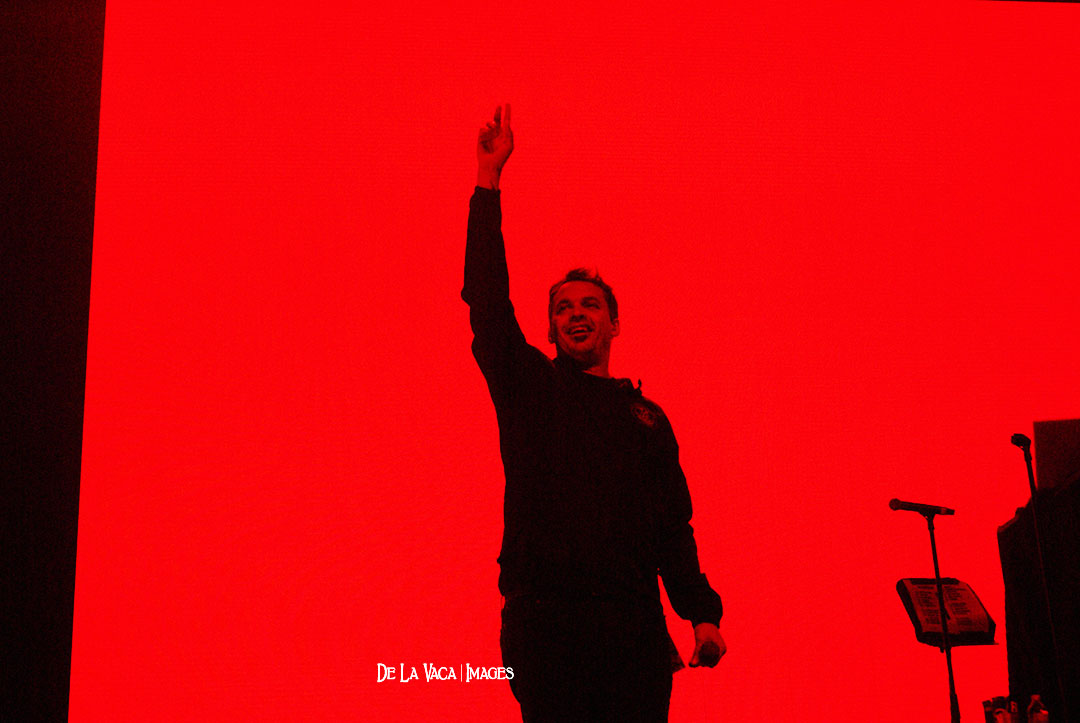 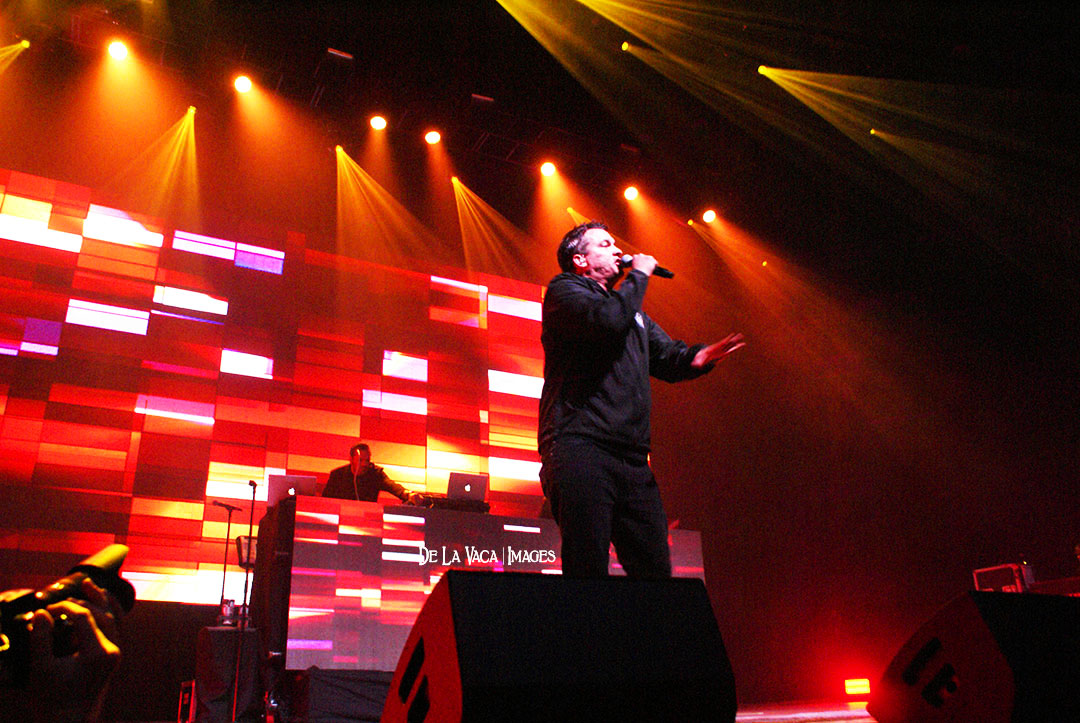 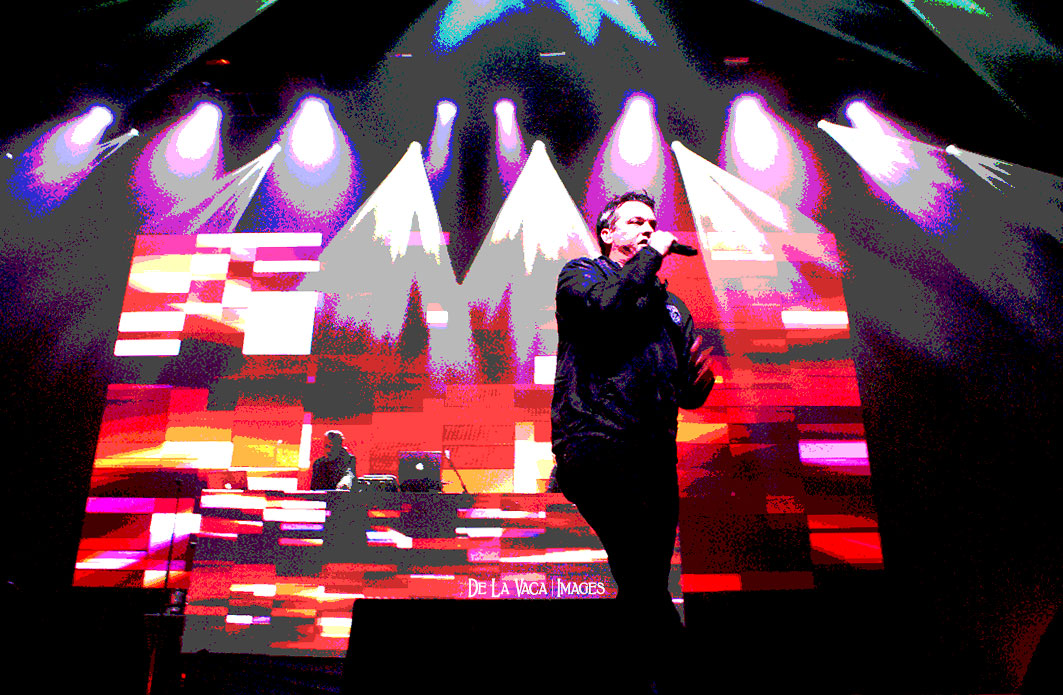 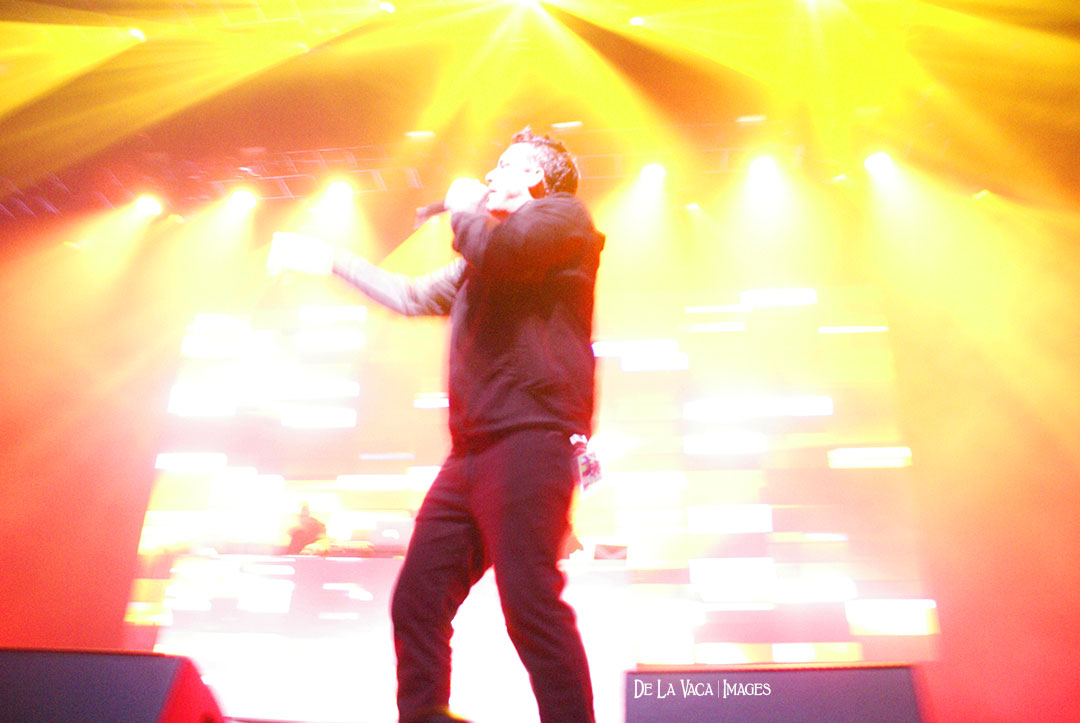 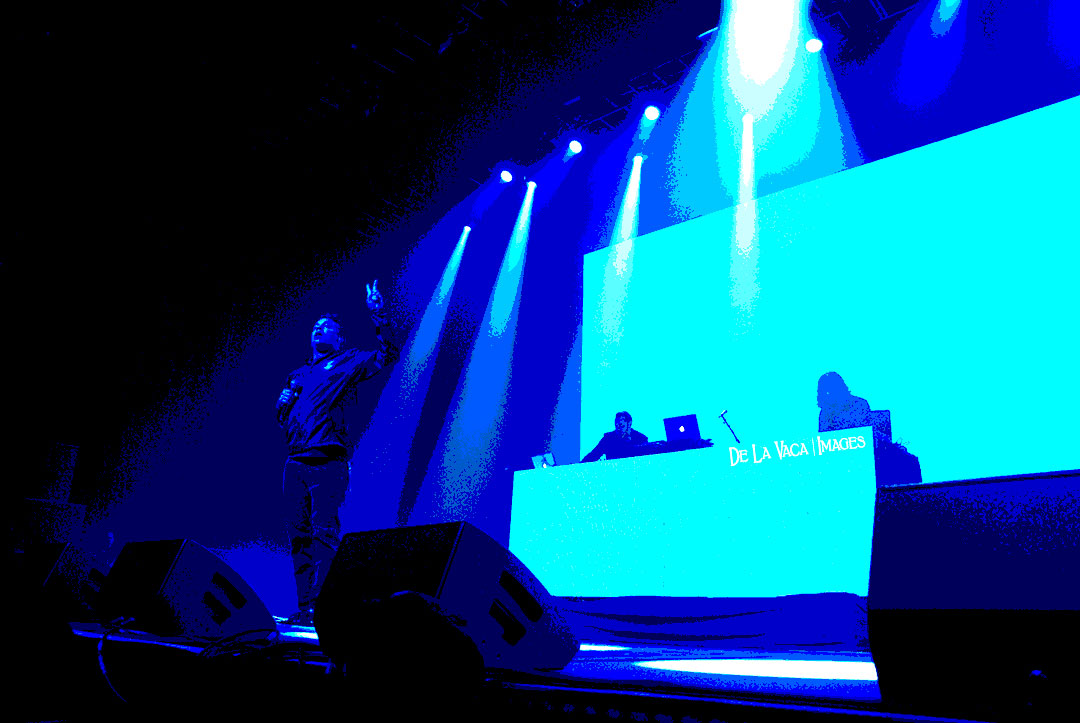 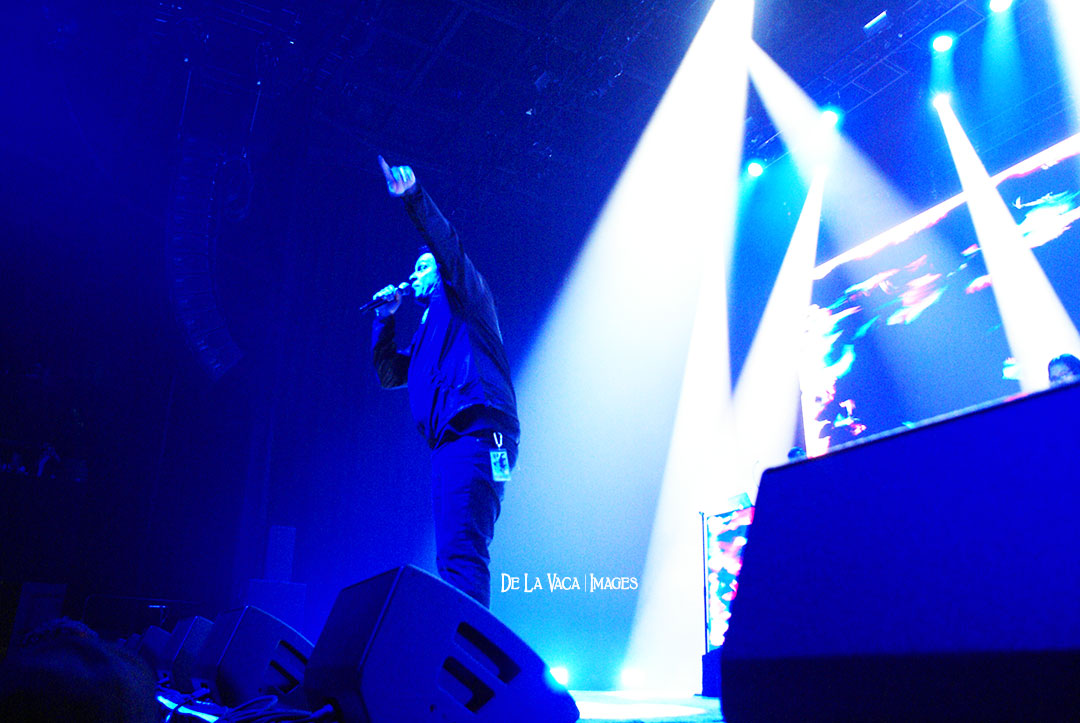