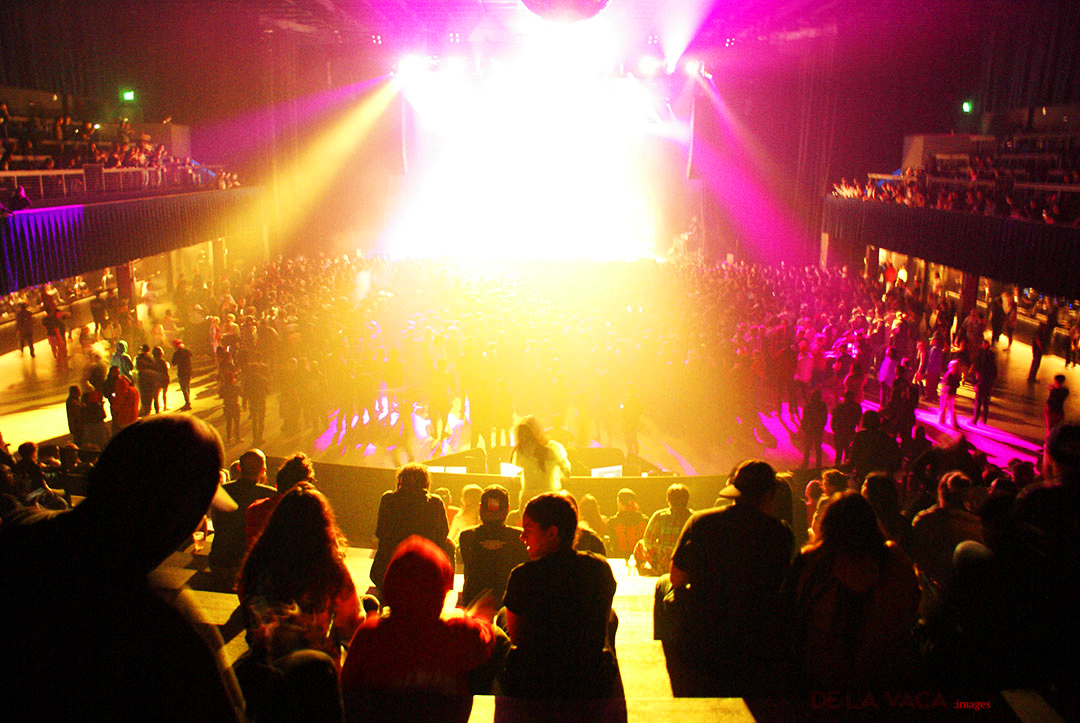 Darold Durard Brown Ferguson Jr., better known under his moniker A$AP FERG, is one of the most impressive millennials to hustle his way to the top of both the fashion and music industries. The Trap Lord made his way to the mile high city November 18th to deliver the ultimate experience to his fans at Denver’s newest venue, The Mission Ballroom. The Hood Pope was accompanied by Ski Mask The Slump God, Pouya, Murda Beatz, MADEINTYO, Danny Towers, and DJ Scheme. The Yellow Scene Magazine team arrived at the gate and were greeted by an array of enthusiastic fans. The Mission Ballroom was bumpin’ by 8pm!

Ferguson Jr. hails from humble beginnings in New York City’s Harlem, specifically in good ol’ “Hungry Ham” formally known as Hamilton Heights. The New York native spent his childhood days in his father’s clothing boutique which eventually sparked a flame in his overwhelming interest in the fashion industry. The young entrepreneur attended art school in the early 2000s and went on to launch multiple fashion lines including “Devoni Clothing”. Fast forward to 2009 and the young A$AP FERG had developed an abrasive trap flow that was unlike other talent in the industry. By 2010 Ferguson Jr. was recruited by highschool homie Rakim Mayers, otherwise known as A$AP Rocky, to collaborate in A$AP Mob.

In 2012 Ferg branched out to release his debut single titled “Work”. From there, the young rap prodigy released his album dubbed Trap Lord. “Trapping means hustling,” Ferg explained. “I went from painting to making clothes to rapping. I always put myself into everything I do one hundred percent. It doesn’t matter what I’m working on. I want to perfect everything I do. Success is the only option. They call me ‘Trap Lord’ because my hustle game is impeccable.”

The trap talent lived up to his word in 2016 when he released his second studio success Always Strive And Prosper. The rapper set off on a twenty three stop tour with infamous Playboi Carti that very same year.  The Harlem sensation made a return in 2017 when he dropped Still Striving. From there on out the thirty something talent switched gears and slowed his creative process down a bit.

The Harlem born creative had reached an impasse in his career this past year. VMagazine reported in September that FERG had found himself on the verge of giving up on his music career altogether. FERG reported he felt as if he was “whoring out” in the sole interest of his music career along with his fans. Rather than throwing in the towel Ferg focused on his roots. The new album manifests Ferg’s romantic side. Floor Seats embodies the perfect end of summer trap vibe. The album is the epitome of A$AP FERG reaching the pinnacle of his career. The Trap Lord has always strived to be on a constant rise and grind. Floor Seats is the quintessential illustration of a day in the life of the ultimate hustler A$AP FERG.

On a brisk November 18th, 2019, a Monday of all days, A$AP FERG and his entourage of supporting artists arrived to The Mission Ballroom in Denver’s RiNo neighborhood.  The entire audience, from the moment we entered the building to the last songs, were up on their feet. They were moshing and getting down to the openers, Dj Scheme, Danny Towers, and Murda Beatz. 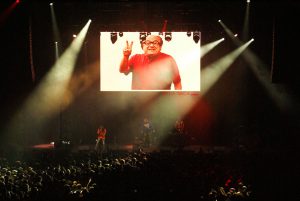 Pouya in particular, completely captivated the audience with his hilarious and constant projection of Danny Devito; literally he played the photos for the entirety of his set. The visual production was unfortunately lacking. Who’s error? We can’t be sure. With a computer screen flashing a low battery sign over the crowd and due to the fact that the visuals were continuously minimized, only to reveal the production’s blue computer screen for all the crowd to see. More than a few issues; we’d expect someone’s head to roll for the flatline. After a few tracks including his collaborative partner Ghostemane, Pouya opted to end his set a whopping thirty minutes early without explanation or comment. He just bounced.

Luckily, Ski Mask The Slump God picked up Pouya’s slack in good time and unquestionably turned the festivity up a few notches. Ski Mask took the horror route when it came to the visuals. The music maniac displayed visuals from horror classics like Silent Hill, Chucky, Friday The 13th, and Nightmare on Elm Street. After a set full of heavy hitters when overly heavy bass, Ski Mask The Slump God mesmerized the crowd by taking a soft yet somber moment to commemorate the loss of XXXtentacion. He played XXXtentacion’s classics such as “Jocelyn Flores” and “SAD!”.

Ski Mask took the crowd for a turn when he flipped the dynamic and closed the tribute with XXXtentacion’s upbeat hit “Look At Me!”. With that, at last, the moment we were all waiting for had arrived.

A$AP FERG ran out onto the Mission Ballroom stage and was greeted by a not quite capacity room of screaming fans. FERG opened with the album title track “Floor Seats”, crossing the stage fashioned in a hunter green romper featuring unique patchwork and the words “Jet Lag” across his shoulders. The rapper was also sporting a head full hair dyed to a unique teal hue.

The Trap Lord provided a well balanced set featuring tracks off the new album along with an array of throwbacks. The audience went absolutely mental when FERG hit the venue with the hit “Work” featuring A$AP Rocky and an array of other artists. A$AP FERG went onto ask the crowd, “Yo, who was happy to hear A$AP Rocky is free?” and the crowd replied with an ignited roar.

Sadly all events must come to an end but A$AP FERG made this show count. The Hood Pope closed the show out with the fan favorite,“New Level”, featuring Future. A$AP FERG has an undeniable stage presence. He had the crowd screaming every lyric, movin’, groovin’  and moshin’ to his trap beats. He is a highly revered artist and performer for a damn good reason and completely exceeded all expectations.

We can expect nothing but great things from this magnetic musical talent. As stated, this is a man that strives for constant improvement. We are sure A$AP FERG will age like a wondrous whiskey, only getting better with age. FERG is set to tour across the United States for the remainder of the winter. Make sure to check out A$AP FERG’s website for more information on the Floor Seats Tour! 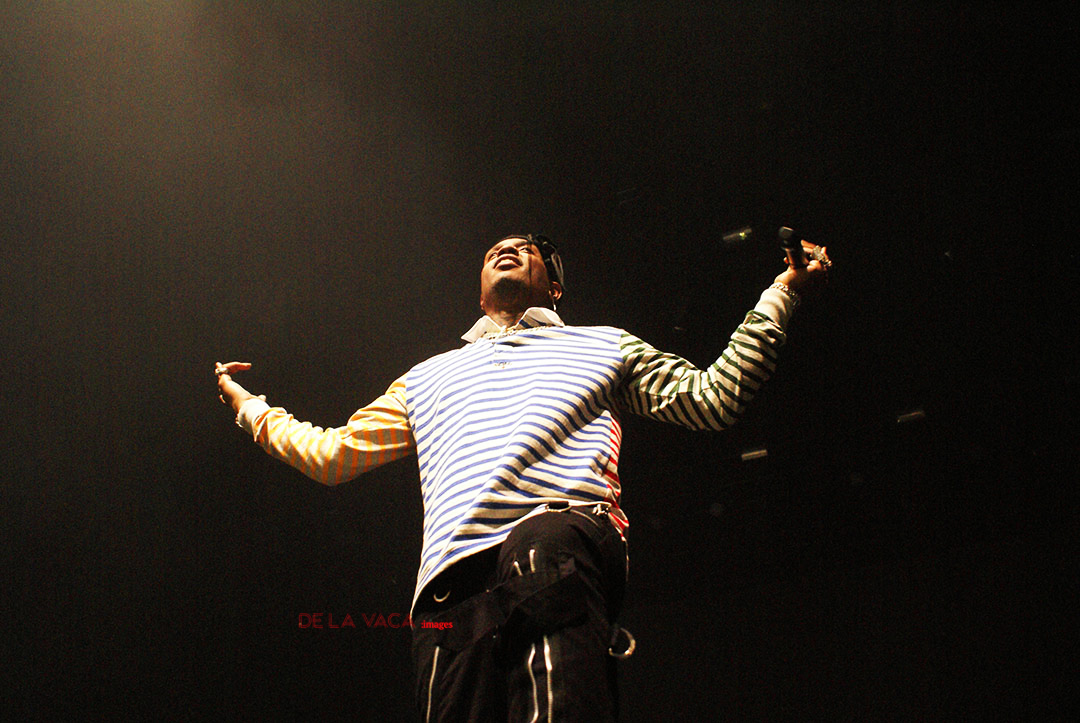 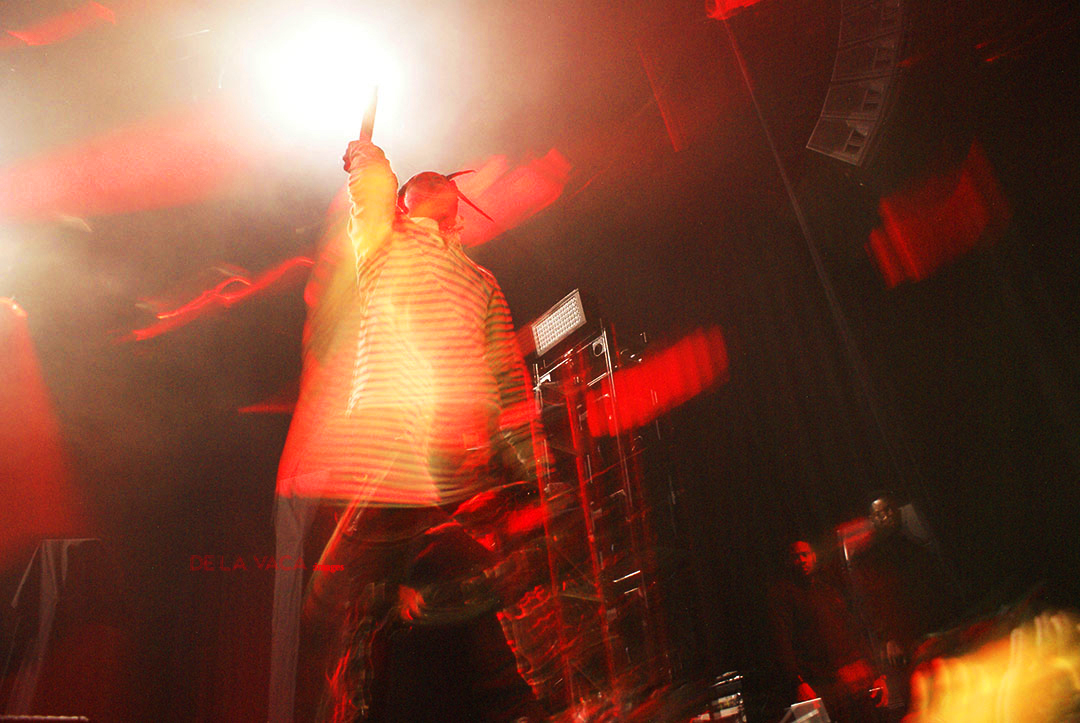 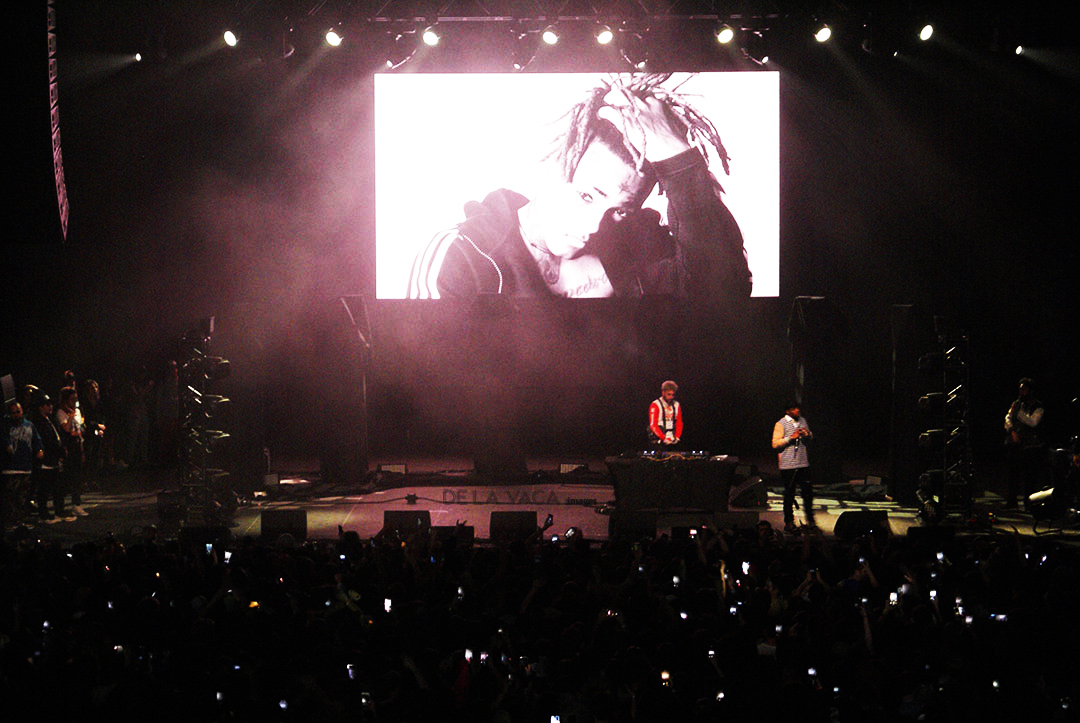 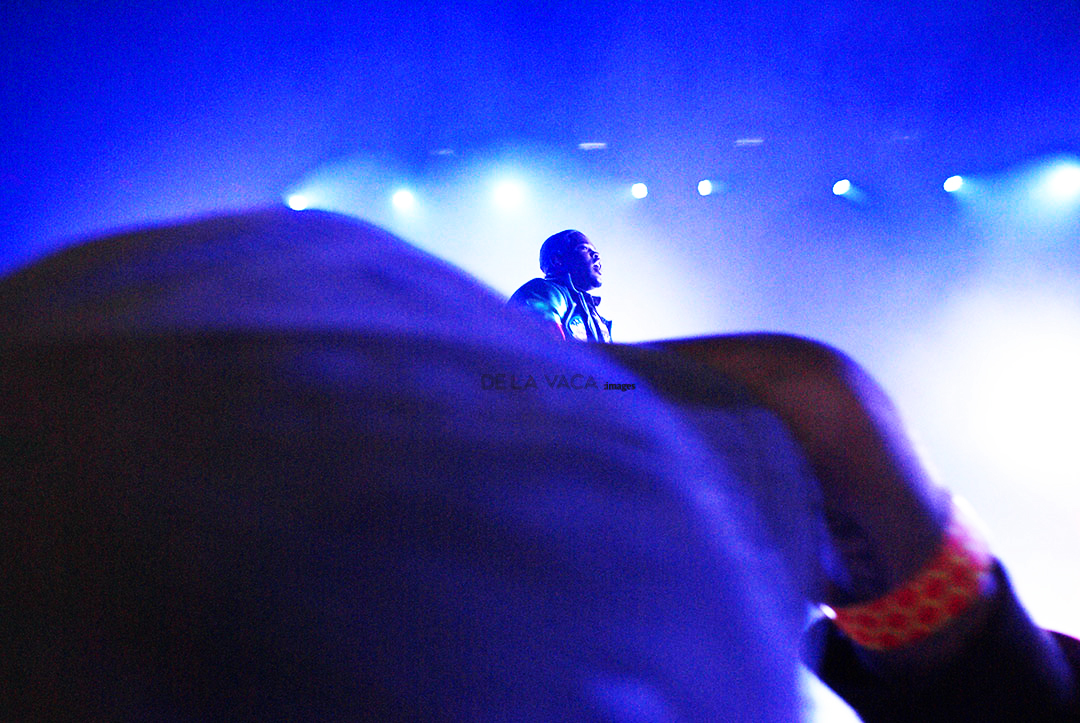 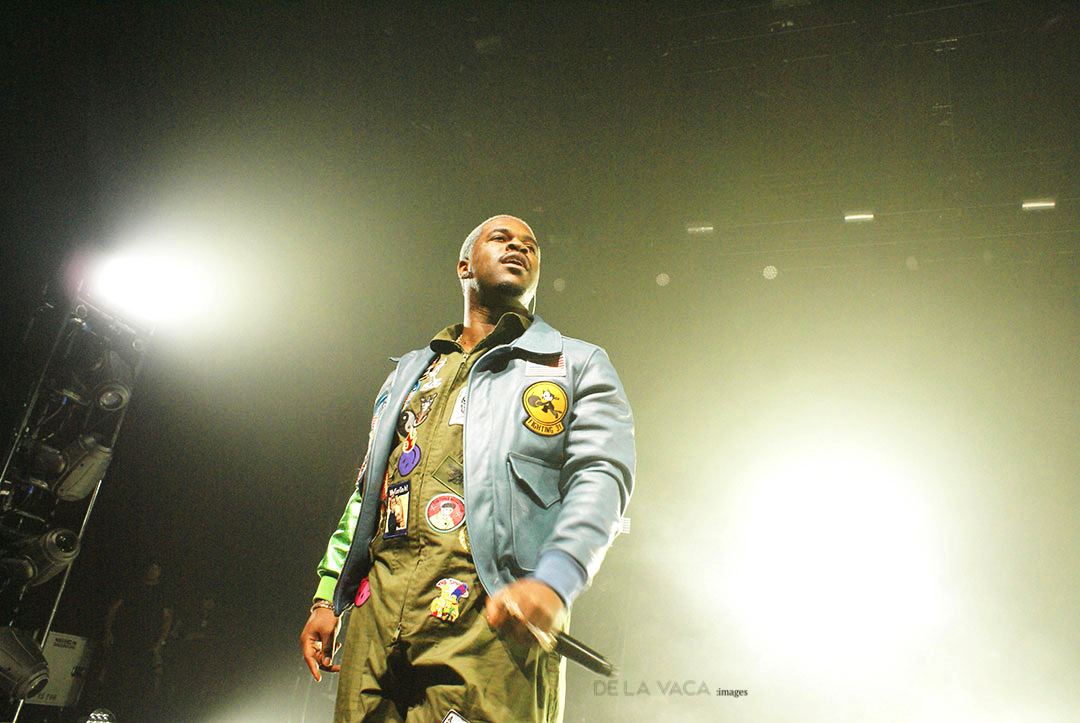 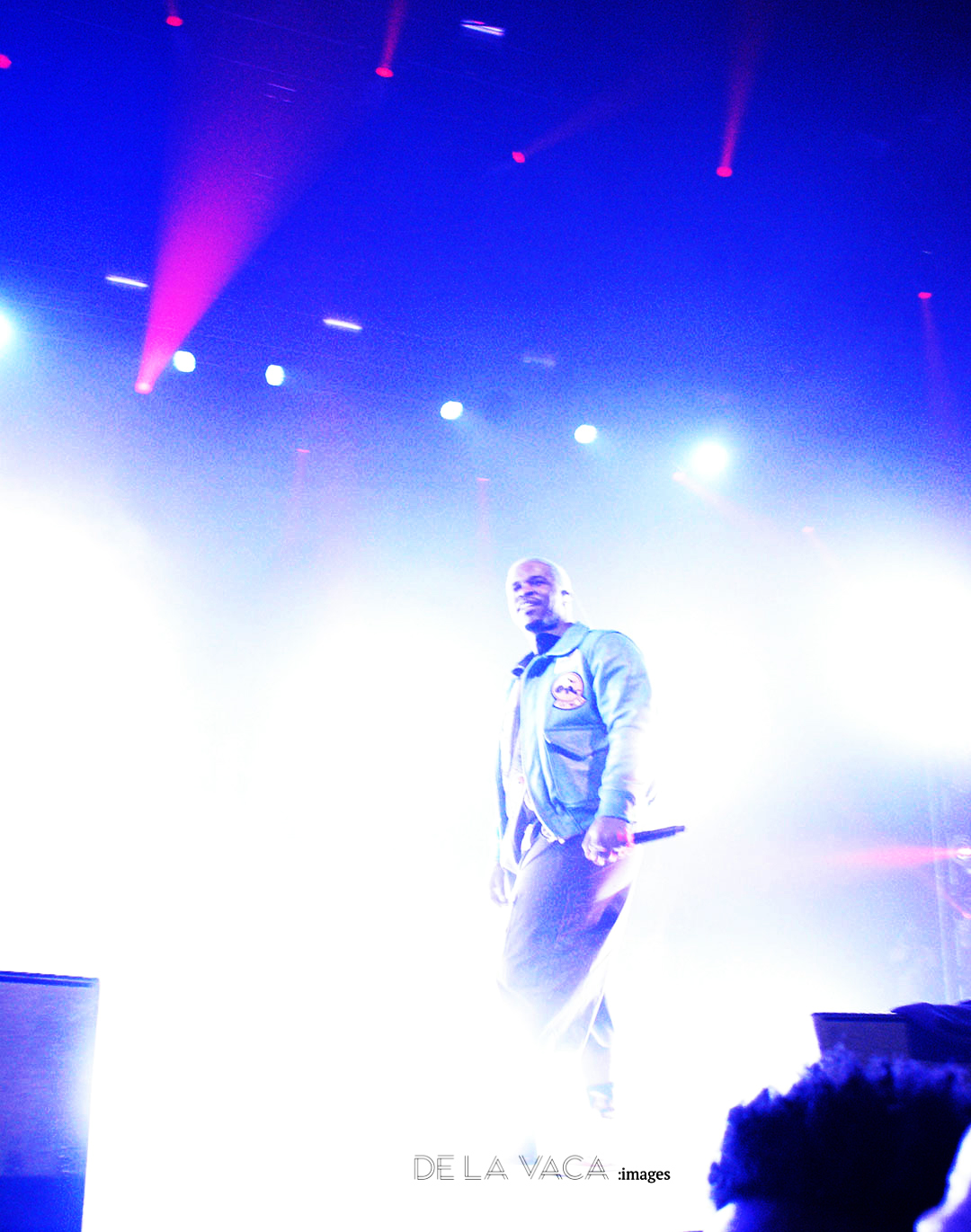 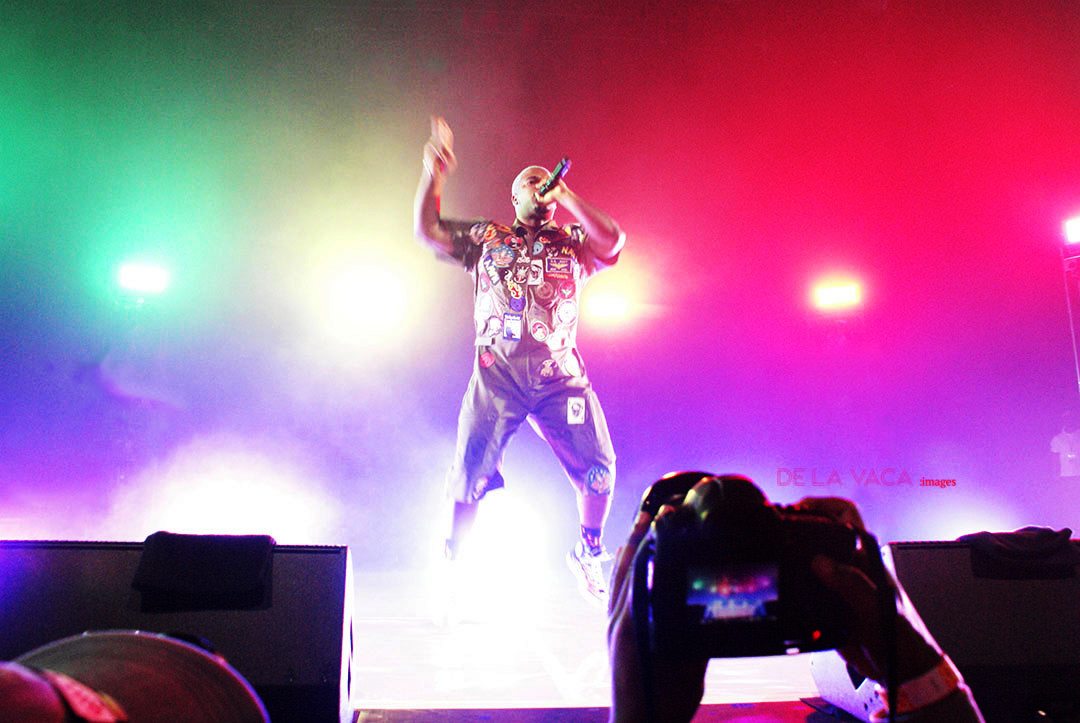 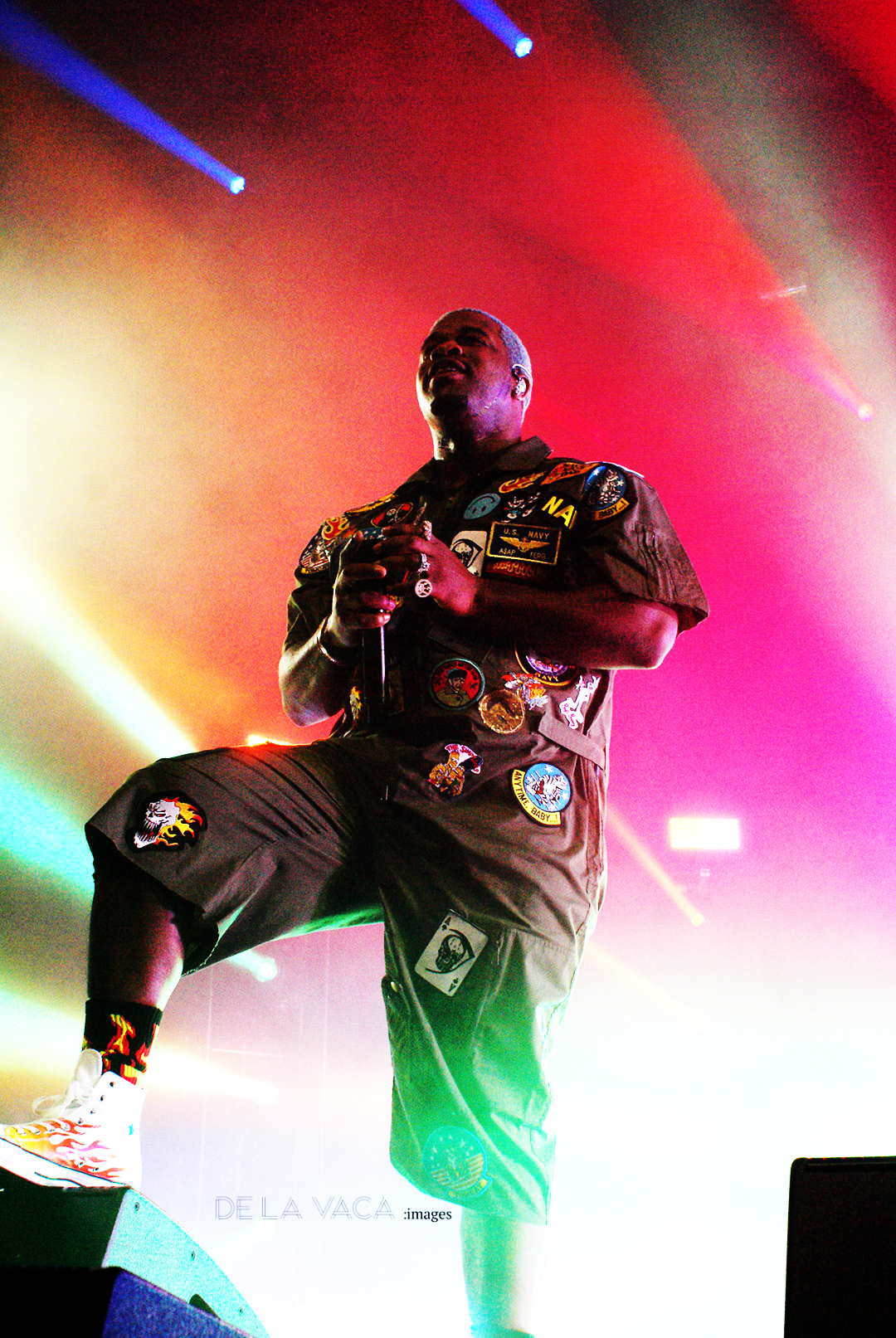 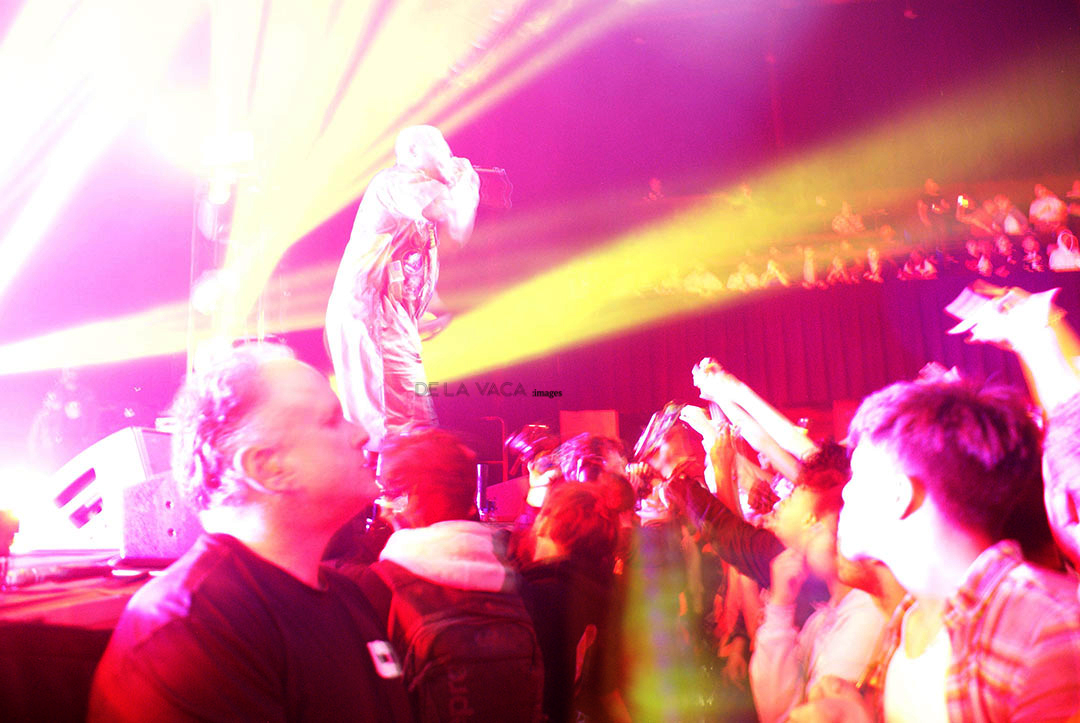 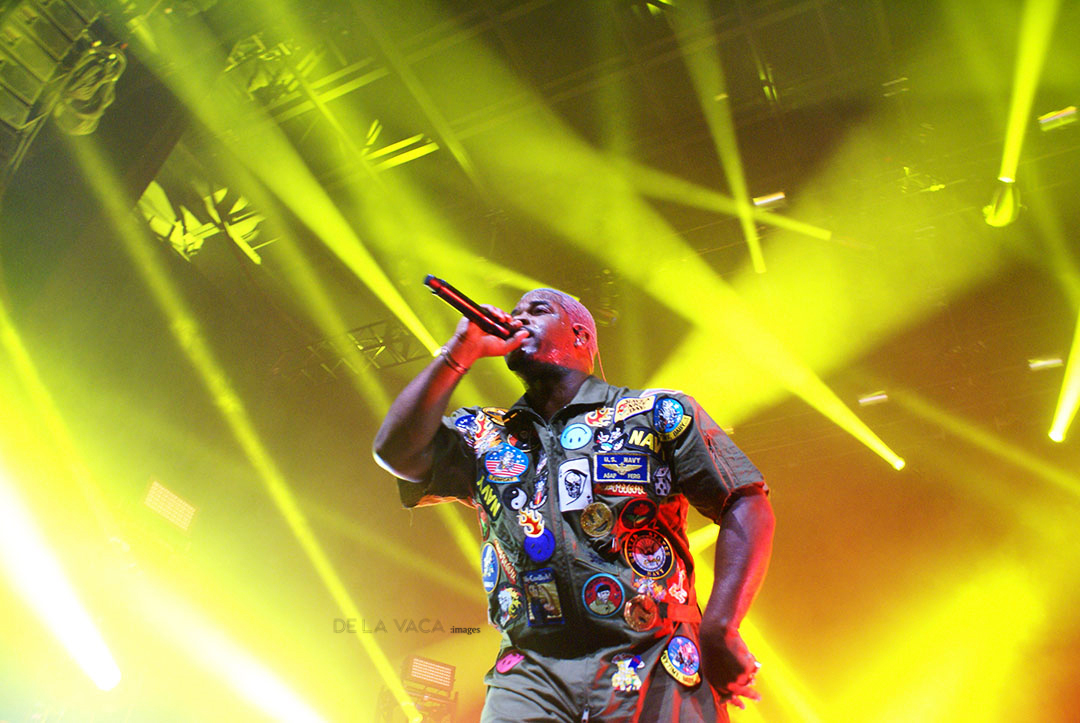 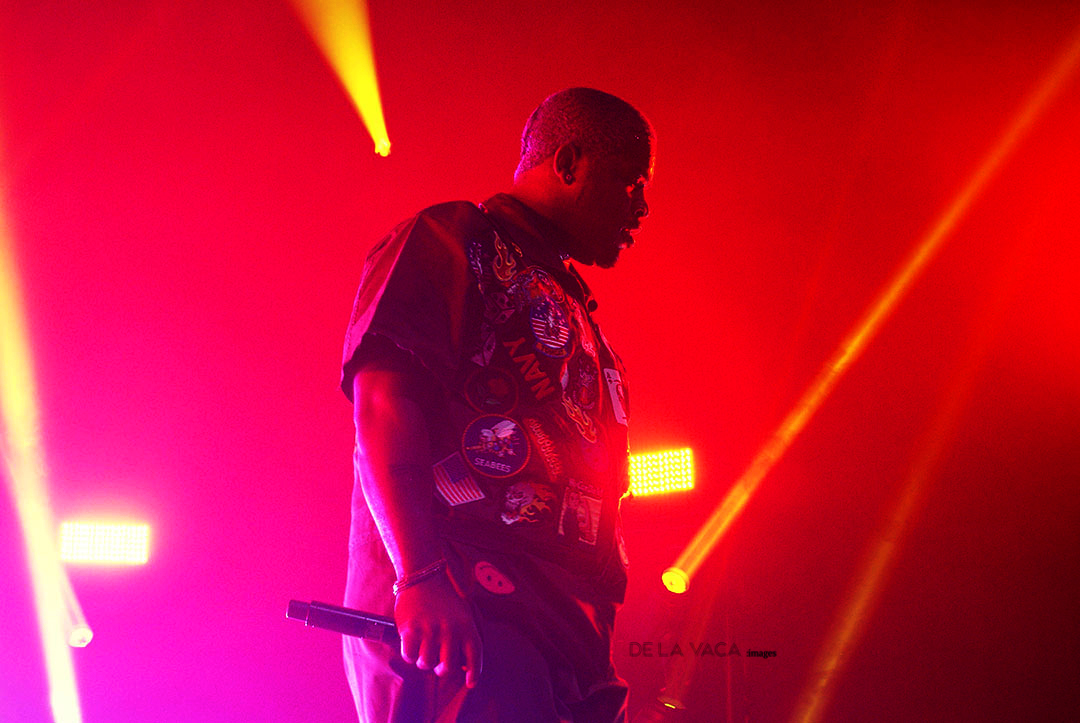 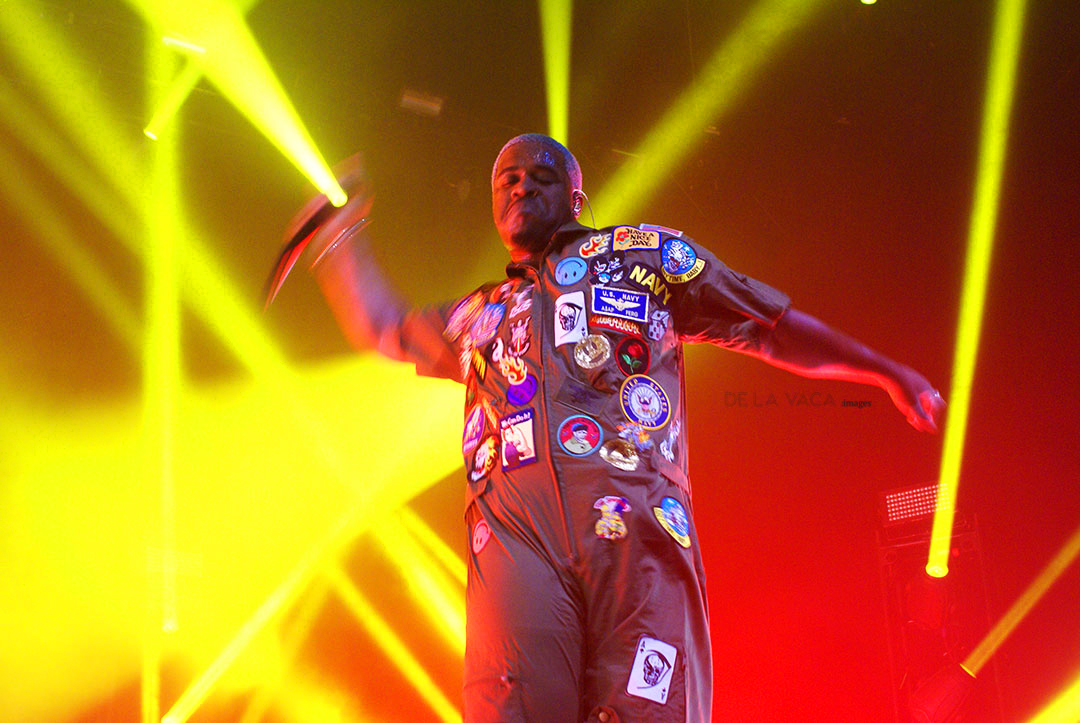 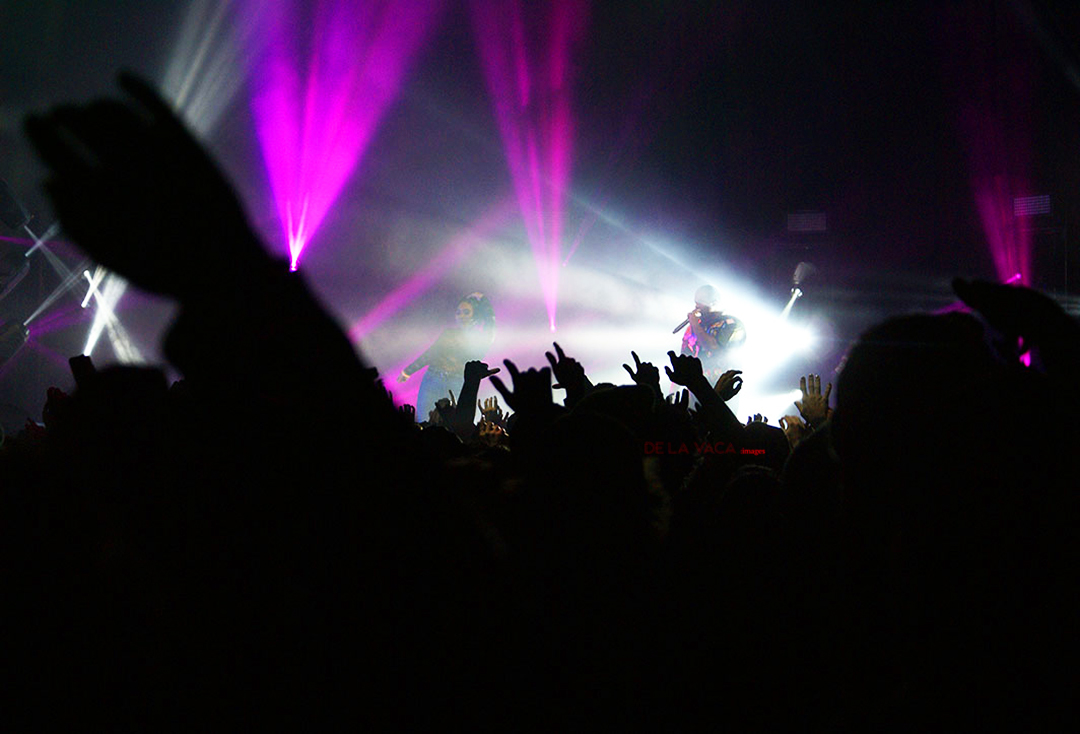 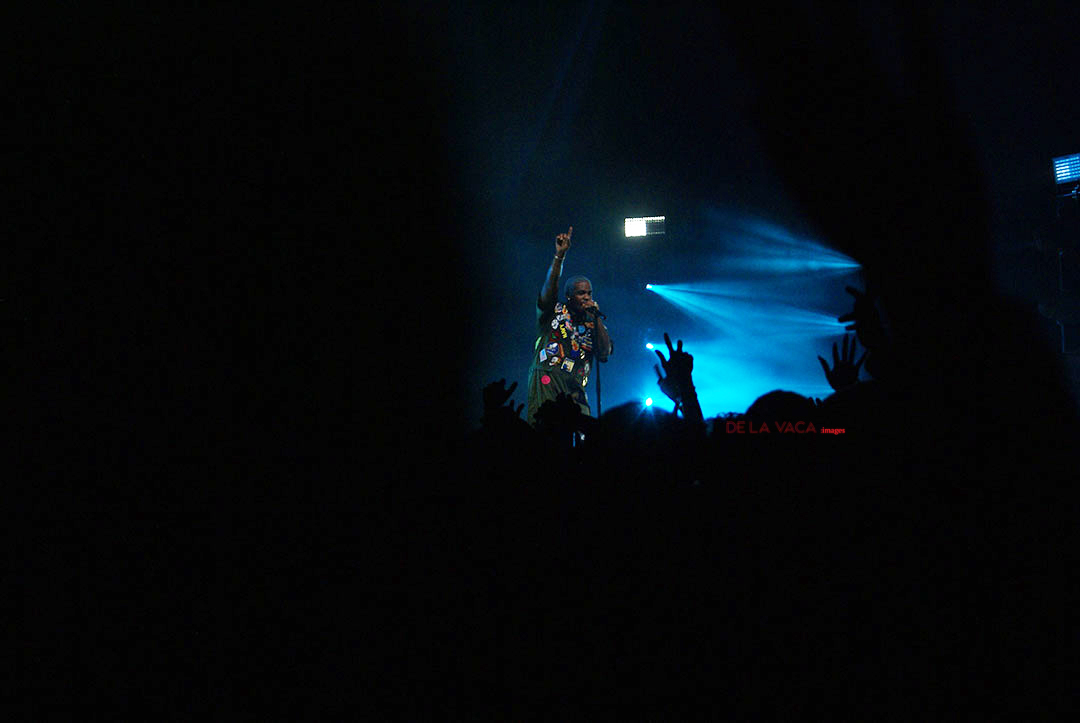 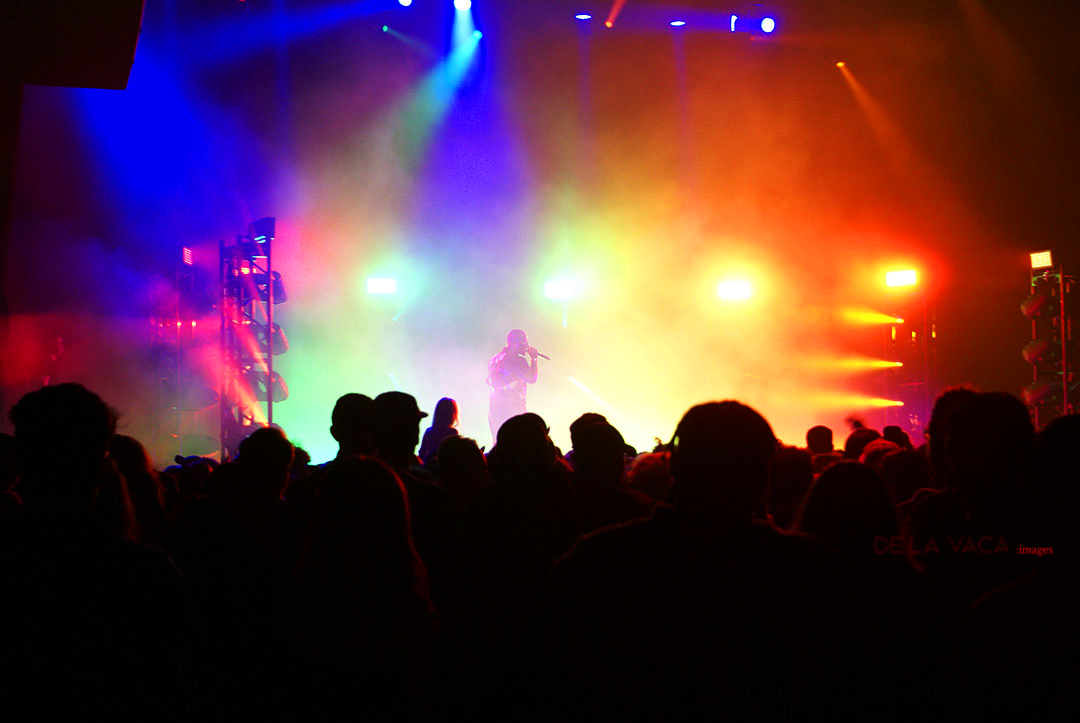