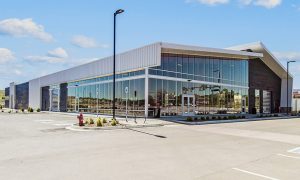 It’s officially voting season in Boulder County and Colorado, with elections in Erie, followed by Super Tuesday and the state caucus. Feb 3rd was the last day for voter registration updates. On Feb 10th ballots were mailed to all Boulder County voters. The presidential primary election is March 3rd. The Colorado state caucuses are March 10th. Boulder County election officials announced all systems passed tests and are set. This will be the first presidential election under our newest Secretary of State, Jena Griswold. • William Frederick Vogel was arrested for an illegal marijuana grow in NE Boulder, sentenced to time served and probation. Prosecutors dismissed his other charges – money laundering, illegal marijuana cultivation, another count of tax evasion and another count of marijuana distribution,  which reminds us of all the POC still in prison on marijuana charges. • BOCO residents will have access to a yearlong diabetes prevention program designed by the CDCP beginning in March. The Boulder County Area Agency on Aging will hold an information session about the program on Feb. 26th, contact them for info. • Erie municipal elections are in full swing, with a dozen new and currently serving residents vying for positions. The mayoral and three board seats are up for contention. Christiaan van Woudenberg (current Trustee) and Barry Lunginbill (former candidate for Trustee) are challenging Carroll for the mayoral seat. • Tesla is in Boulder County. The brand new Tesla sales, service and delivery center will open in May in Superior. Local Tesla owners (and would be owners) rejoice. • The Parks & Open Space Department proposed the acquisition of approximately 322 acres of forested land and a conservation easement over one acre of land located west of Nederland. The hearing was set for Feb. 11th, so the decision should be available for review now. It is expected to pass. • Boulder County based Lucky Markets scuttled three of five CO stores. The announcement followed Kroger pulling its investment, imperiling the retailer. • BOCO Hemp producers are up in arms over new federal regulations. The burdensome regulations, the claim, are technically unworkable and will crush the industry. • Finally, in more election news, Boulder County District Attorney Michael Dougherty has announced re-election plans. Appointed by Hickenlooper to replace Stan Garnett, this would be his first full four year term. He made the announcement in a Facebook post to supporters.

“I am excited to announce that I am seeking to continue as the District Attorney of Boulder County. It’s been an honor to serve as District Attorney. I am committed to building upon our success and continuing to improve the criminal justice system. I will be on the ballot for a full, four-year term in 2020 and it would be great to have your help.”

-DA Michael Dougherty, announcing reelection plans“I don’t think [Gov. Jared Polis] needs to be in the weeds on every bill that’s coming through. I don’t think that’s his role. In terms of having to have a say on every bill, I think he’s going to drive himself crazy.”

-Joe Biden, quoting a John Wayne movie to a 21 yo woman who questioned his poor showing in Iowa

“Can I walk away from an explosion? Slowly… off into the setting sun? It’s the #1 thing on my bucket list.”

-French Davis, requesting dramatic storytelling in our report on his role at Yellow Scene (Notables, page 10)

2,568: Difference in votes Bernie earned over Buttigieg in the Iowa Caucus final round, a 6,00 vote difference overall

9″: The amount of snow that fell in the first 9 days of February, following one day of snow in Dec. and zero snow days in Jan.

37/7: # of bills sponsored by Congressman Joe Neguse, CO 2nd, and the # of bills that became law, according to congress.gov bill tracker

20K:  Square footage of the tesla location, with 70% of the space dedicated to vehicle service