Planes don’t crash too often, but that doesn’t mean they won’t, (queue the ominous music). Halloween is upon us and so are the memories of those who came before us. Since their inception there have been 1540 plane crashes in Colorado. 700 of those are well-documented military crashes stemming from early WWII training missions. Reckless flying, difficult terrain, treacherous weather, and for some, unknown causes led to these fatal events. During October, the haunted begin to stir and they definitely don’t wish to be disturbed so don’t go looking! Some of these areas are said to appear and disappear depending on who’s looking for them, some end up seeing things they never wished to see, and for others, the very thought of scorched earth, dismantled engines, contorted frames, and scattered pieces is enough to sear the horrors of aviation into their minds forever. Whether these crash sites are morally off-limits or they’re just another part of history waiting to be discovered, no matter the reason you may go looking, remember the lives that were lost, and remember to not get lost while looking for them.

Caution: some locations are difficult to find and require excellent backcountry navigation skills, if you do not know how to take care of yourself in the backcountry, do not attempt. Please do not remove any items from the crash sites, they are a part of history now.

The horrors and nightmares of reality will always outweigh the stories we tell one another, so remember this Halloween, that stories of doom and tragedy are scattered throughout the mountains that cradle our beloved town to the West. That although you may not be able to see them from the comfort of your homes, these sites are very real, and they’re out there, ever so gently lying there, a memento of the past, ever-present.

At 12,900ft lie the remains of this DC-3. Located on the North-Northeast side of the mountain approximately 500ft below the summit, the DC-3 is nothing more than scraps. With no survivors, it tells the story of how high rising peaks and formidable weather can easily impede the success of flights in Colorado. To get there, park at Long Lake Trailhead in the Brainard Lake Rec Area. Follow the trail towards the summit and merge off just below to find the crash site. Most hikers will continue to the top of the Class 3 scramble. 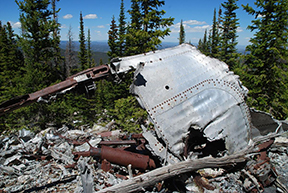 This doomed B-17 departed from Rapid City, SD only to crash into the mountains near Bellevue at 10,750ft leaving six survivors and four casualties. Six weeks after the crash the Army demolished the plane using dynamite leaving only an engine, some gears, wing tips, and lots and lots of bits and pieces to be found. There are several ways to get to the site, the best being by taking the Flowers Trail via Browns Lake Trailhead. Tags and signs along the way will eventually lead you to the scattered remains of the B-17 near a large boulder field.

A mystery to say the least. With people dedicating entire blog posts to proving the Huey a myth, the story of the helicopter that crashed towards the summit on the North side of Almagre Mountain will continue confuse all who go looking. Bits have been found, even some sheet metal, but no one has shared the location of the Huey. Some sternly claim it’s there, but for others, having scoured the mountain over again and again, it’s nothing more than a myth, a legend, a question mark dangling in the past of Almagre. To reach Almagre, head to Colorado Springs and take Old Stage Rd to FR 379, then make your way up the 4wd forest roads to the summit. Definitely one for those with excellent navigation skills. 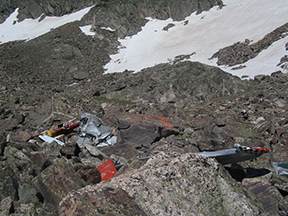 As the moon rises, the night settles in, and the wind ripples across an unnamed lake, there lies a shattered and motionless AT-6, wavered by nothing more than the elements and the test of time. Once used for missions to train Mustang fighters, Colorado provided the AT-6 pilots with deep valleys, soaring peaks, and difficult terrain, giving them an edge over their enemies, if they survived. This one did not, and at 11,575ft, and a couple miles Northeast of Eldora, it’s a bit of a bushwhack to get there. From Eldora you’ll take FR111, a moderate 4WD road to the trailhead from which you’ll take Arapaho Pass Trail to the Diamond Lake Trail. You’ll have to navigate yourself to the lake from there.

It’s said the pilot was ‘flat-hatting’ or flying low and recklessly near Ice Berg pass when the plane crashed into the ground killing him. What’s left of it is for you to go find as the NPS has been working on removing the pieces that are left. Best way to get there is to take Trail Ridge Rd. to Ice Berg pass and park at the Tundra Community Trailhead, from there it’s a short hike to the site. 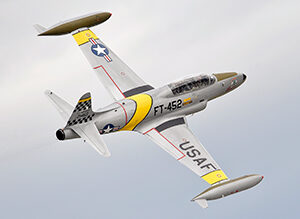 The closest crash site to Boulder is the T-33 near Bunce School Road. The cause of the crash is uncertain but it claimed the lives of two USAF casualties that were overlooking newly purchased land. Large sections of the plane are visible and getting there is pretty straight-forward. Either head down the fairly mild 4WD Bunce School Road or start at Camp Dick and make your way up FR 105, which is essentially just a pile of large rocks for about half a mile that you scramble over. 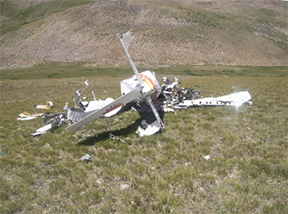 A 67-year-old man from Bend, Oregon, flew his Cessna to Colorado without submitting a flight plan and he seemingly disappeared. Years early his pilots license had been revoked for failing to comply with regulation and to make matters worse for him, the National Transportation Safety Board noted that his extensive health issues may have played a role in his deadly crash. He wasn’t found until days later when two men came across the plane and the man, somewhere near Mosquito Pass close to the town of Alma, just south of Breckenridge. Not much came of the plane, the story was published, the man was evacuated and the plane remained, too remote to remove. It’s exact location was never publicized. 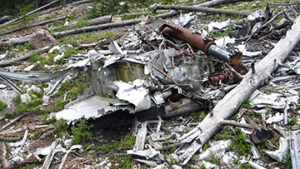 The entire Wichita State Football team was aboard the Martin 4-0-4 when the pilot, in an attempt to better the view, flew too low and crashed after being unable to lift the plane out of a box canyon. Of the 37 passengers only 6 survived. Today, one of Colorado’s most dramatic crash sites offers a somber reminder of the horrors that have occurred so many times before. Take Exit 216 on I-70 heading Westbound and find a dirt road at the end of the exit. Follow this until you reach a fenced storage lot and locate an old trail. Although it’s only a mile as the crow flies from I-70 it’s not easy to find so don’t get lost.