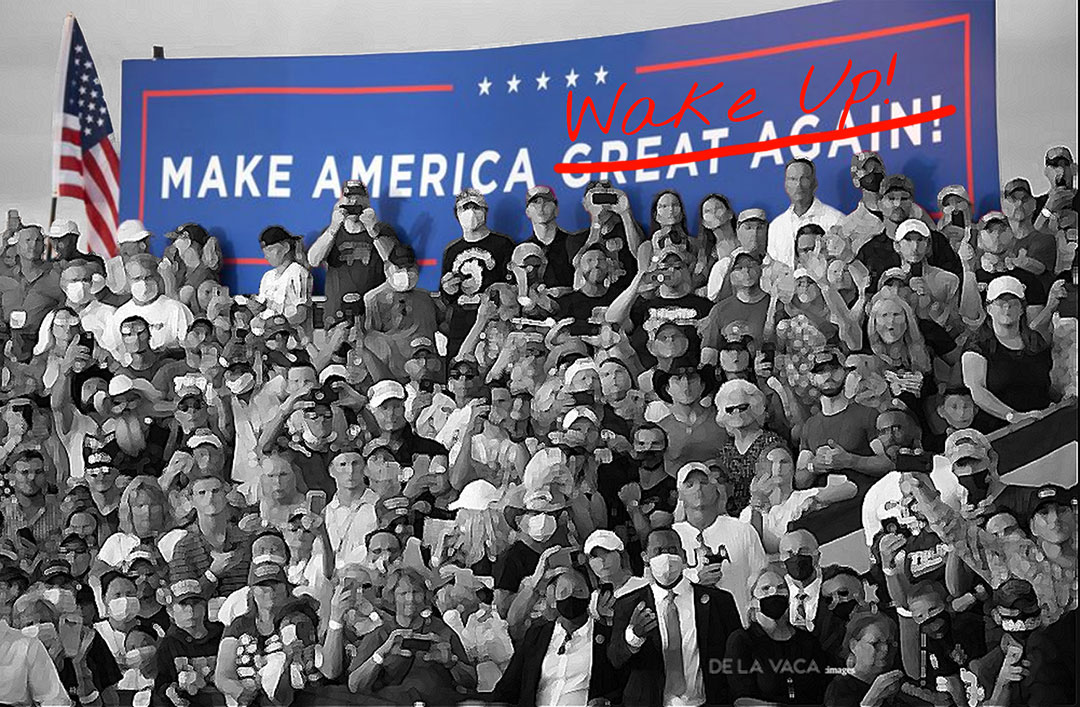 I’m writing this more than a week before the official Electoral College vote on Dec. 14. Then, they’ll forward their ballots to Congress by Dec. 23; Congress counts the votes on Jan. 6 and Biden will be inaugurated on Jan. 20.

I’m assuming all that will still happen, even though President Trump is doing everything in hs power — which apparently means trotting out a flatulent, makeup-smeared and Borat-befuddled clown of a former mayor and a random caricature of an SNL personality to state hearings claiming all sorts of wanton and reckless theories about election fraud changing the course of the election without a shred of actual evidence — to derail the process.

Since the election, we’ve watched thousands more U.S. citizens perish to COVID-19 while this administration has chosen to focus all of its efforts on destabilizing our electoral process and playing golf. That’s it. Oh, he’s also managed to try and claim some sort of credit for the advancements of vaccines from Pfizer and Moderna as well. And that’s it.

But really, where are we now? As we do everything to close the book on this utter and complete failure of a Presidency, as we struggle mightily to plod forward into a murky-at-best recovery from the pandemic, as we try to find some measure of common ground with our former friends and estranged family members who remain imprudently and catastrophically wed to the Trump cult of personality, as we face the looming-ever-larger existential threat of climate change…

Where are we now?

My greatest fear is that we are, at-best, in a 4-year lull before a more destructive second act. I fear that all we’ve done is kick the can down the road. When I looked at the dais of Democratic candidates running against Trump, Joe Biden was second-to-last of my preferred choices. I’m worried that he will be incapable of making the headway needed to impact the lives of enough Americans in a positive manner that allows us to prevent another cult leader from wading into the fracas in 2024 — Perhaps Trump himself again, or maybe Don Jr. — and picking up exactly where this deranged, ranting despot leaves off as he trundles away to Mar-a-Lago and perhaps even a non-extradition-treaty country from there, depending on what the State of New York does in regard to his longtime criminal enterprise.

Without progress, there will be more struggle (apologies to Frederick Douglass). Of that I’m certain. The Trump faithful have moved further right, abandoning their formerly beloved Fox News, and are now sinking into the muck peddled by the likes of Newsmax and OANN. It’s nothing but fevered, conspiracy-laden, hallucinatory mass hysteria where they now reside, tucked away on their own white supremacy online enclaves in Parler, convinced Joe Biden is at once both succumbing to dementia and also masterminding the greatest election fraud scheme in U.S. history.

Where are we now?