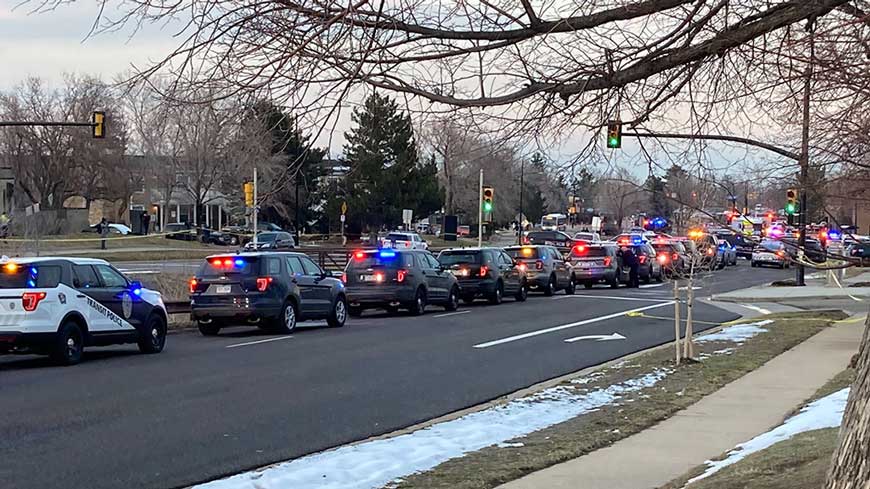 As the Capitol was stormed on January 6th, we watched a sea of Trump supporters with pro law enforcement paraphernalia engage officers. The “Thin Blue Line” image of a blue stripe across the American Flag is explained as a symbol of support for police in a time when they feel under attack by public opinion.

Some combine it with the slogan, Blue Lives Matter, a coded response to the Black Lives Matter movement, which highlights concern that Black Americans experience a higher level of brutality than non-Black Americans. Some argue that this is not the case, though the constant stream of negative examples of police interaction with BIPOC people suggest that there is enough of a problem to warrant concern.

The storming of the US Capitol was not only a crime, but was antithetical to the “Back the Blue” movement, considering the several assaults and the death of Capitol Police officers which resulted. The idea of the “Thin Blue Line” has been around for years, yet it’s meaning varies outside of the actual law enforcement community. Among police officers, it represents a symbol of valor in service, in a fraternal sense. To members of the public, it is a representation of willful ignorance in police misconduct and racism. To others it is a representation of the line between civilians and the police themselves.

Chief Kim Stewart of the Erie Police Department said that, “For me, over the last 31 years, the Thin Blue Line has been and continues to be the line between good and evil. It is law enforcement putting themselves between those who might be harmed and those who do harm. Our number one job is keeping our community and visitors safe.”

To explore this dichotomy further, I sat down with the Erie Police Community Task Force and the Erie Police Department’s Command Staff to discuss their feelings about the January 6th capitol attack and their (unofficial) fraternal symbol being used. They expressed that they were disgusted and disturbed by the behavior. They were both offended by the treatment of the Capitol Police and the disregard for law and order.

Law Enforcement is evolving in the 21st century towards a partnership between citizens and police. According to the National League of Cities Guide to Policing in the 21st Century, the key to achieving stability in communities, integrity in the criminal justice system, and the safe and effective delivery of policing service is trust between law enforcement agencies and the community.

In order to do this, it is important to make clear the distinction between what the “Thin Blue Line” means to the profession versus what it has been co-opted to mean by the “Back the Blue” public.

In a survey of the EPD, there were no accounts of department members who use the term Blue Lives Matter, with all contacted members offering a definition similar to that of Command Staff. This leads to the conclusion that the symbols of law enforcement are being used to represent ideas that they do not condone or support.

For those who truly support police, the idea of overthrowing a government that is abiding by the Constitution in conducting a free and fair election sounds more like treason than patriotism. The role of law enforcement is not one that is partisan. Public servants have taken an oath and pledge to serve all members of our community equally, regardless of political affiliation, race or other method of self-identification.

Editor’s Note: At the time of publication, we are still reeling from the mass shooting in Boulder. Justin Brooks offered these words:

As shared by the Erie Police Department, Boulder Police Officer Eric Talley paid the ultimate sacrifice. A devoted husband, father and public servant, Officer Talley went End of Watch on Monday, March 22, 2021, while responding to an active shooter at the Table Mesa King Soopers in Boulder. This sacrifice is what the Thin Blue Line represents to the profession and is a solemn pledge that is not taken lightly. Rest in Peace, Officer Talley.

View all posts by Justin Brooks →