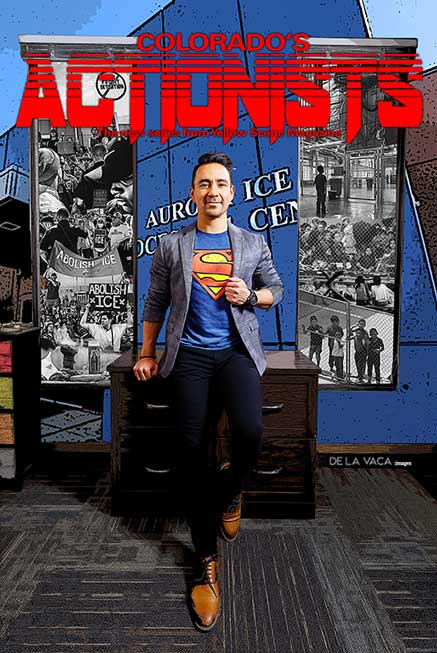 The genius of Superman, it could be said, is the immigrant story it encapsulates. Driven from a distant homeland that has collapsed, literally imploding, flung by loving parents across the universe for safety, arriving in America alone. It echoes our history on purpose. The immigration history of America is the same story, at once the story of the floodgates of liberty flying open and the world’s wretched kissing sand on the shores of America from Angel to Ellis Island, welcoming anyone who could make it here, whether fleeing famine or war or just hoping for a slice of the American pie.

“Here, sir, just make your mark on the piece of paper and you get to come in, blend into the melting pot, become American,” our story whispered to the world.

Superman debuted in 1938, which would later be recognized as the first year of the refugee crisis (1938-1941), which saw millions of Europeans, specifically Jews, flee the Nazi Third Reich. Superman is at once a metaphor for the fight for justice, liberty, equality for all, and for the rights of people to travel to safety regardless of homeland.

Samuel Ronquillo is the best possible iteration of Superman for the modern era. Ronquillo told me, sitting on the 4th floor of an otherwise nondescript office building, two windows letting soft light spill over his shoulders as Boulder stretched out behind him, that he remembers what it was like swimming from the shores of Mexico to the open – if heavily patrolled – arms of America, on his way to a better life.

The story, in short: he was born in Juarez, a border town with El Paso, Texas. “I was raised there,” he tells me with crystal clear eyes and surety of voice. “I remember being able to walk and look across the Rio Grande river, and see the tall buildings and the highways, and we could see the university. And we could just look across the fence but know that we couldn’t go there.”

Such is the story of many migrants, seeking a better life on their ancestral lands. We know that the US War of Aggression against Mexico was fought for Manifest Destiny – a racist, religiously fevered ideology – and to continue holding slaves in Mexican territory (Texas, specifically, which was the point of the battle at the Alamo). That war ended in 1848, less than two hundred years ago. Mexicans are indigenous to these lands with family ties and geographic roots going back centuries.

The inequity between the US and Mexico was planned, and Samuel was born into it, molded by it: “We were extremely poor, where we had dirt floors and an out house…real poverty.”

• Any jail can be a detention center

His mother decided to hire a coyote (someone who specializes in smuggling humans across the border). They were apprehended, detained and deported, “several (three or four) times, before we actually made it into the country and remained here,” he says. He was seven years old when he made it to the US.

Raised in poor Mexican neighborhoods, Ronquillo went from being in trouble, in gangs, and watching his community torn apart by racist immigration policies, to pursuing a career in law. “I felt like I was made for it, because I had seen it. All the people I work with now remind me of my family members,” he points out. He was able to naturalize, a pathway to citizenship not open to all migrants, because his mother married. His fight since then is for migrants, for undocumented students, for families torn apart. 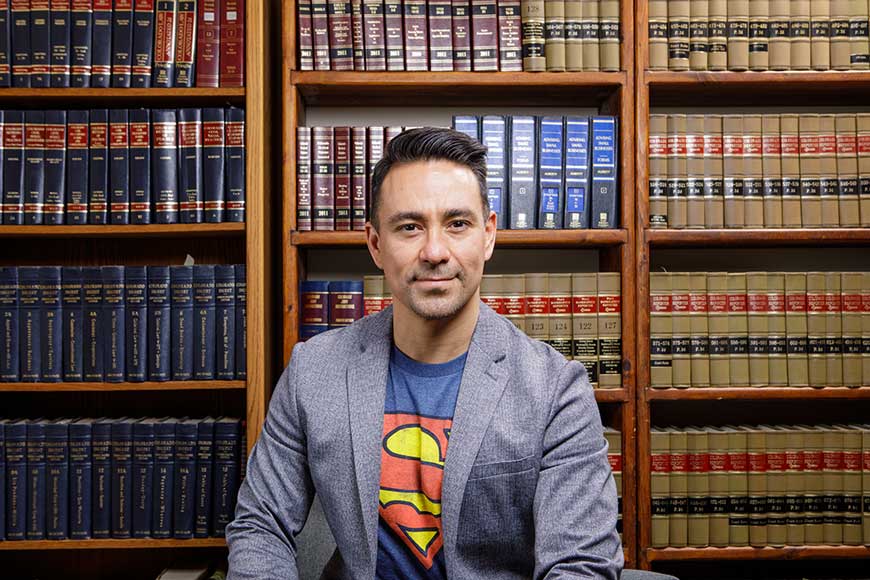 And he continues that good work. He tells me he’s “helped hundreds of people become permanent residents, and hundreds more become Citizens. I have helped countless families remain together and avoid deportation.” He also works with undocumented “victims of domestic violence and other crimes to help them get legal status. I have volunteered hundreds of hours giving free legal advice to our low-income population.”

Samuel “believes that everyone is entitled to honest and competent legal representation regardless of their financial situation or immigration status.” To that end, he also goes “on the radio once a month in Greeley to answer questions and inform the public on any current immigration changes.” The help is needed in communities often as unaware of their rights as of the superheroes fighting for them.

“I have specifically enjoyed working with and helping DACA recipients,” he says. “They are close to my heart. As someone who was brought to this country undocumented as a child, I have a responsibility to help all the DREAMers accomplish their dreams, as someone once did for me. Their dreams make this country better.”

For clarity of terms, DACA means Deferred Action for Childhood Arrivals. It means the federal government has a softer stance toward kids brought here by their parents, a fact not evident in Biden’s expansion of kiddie concentration camps. At the time of this writing, it’s Day 61 of the new admin and kids are still in cages. DREAM means Development, Relief, and Education for Alien Minors. It was an act created to help legalize kids. It has recently passed the House of Representatives.