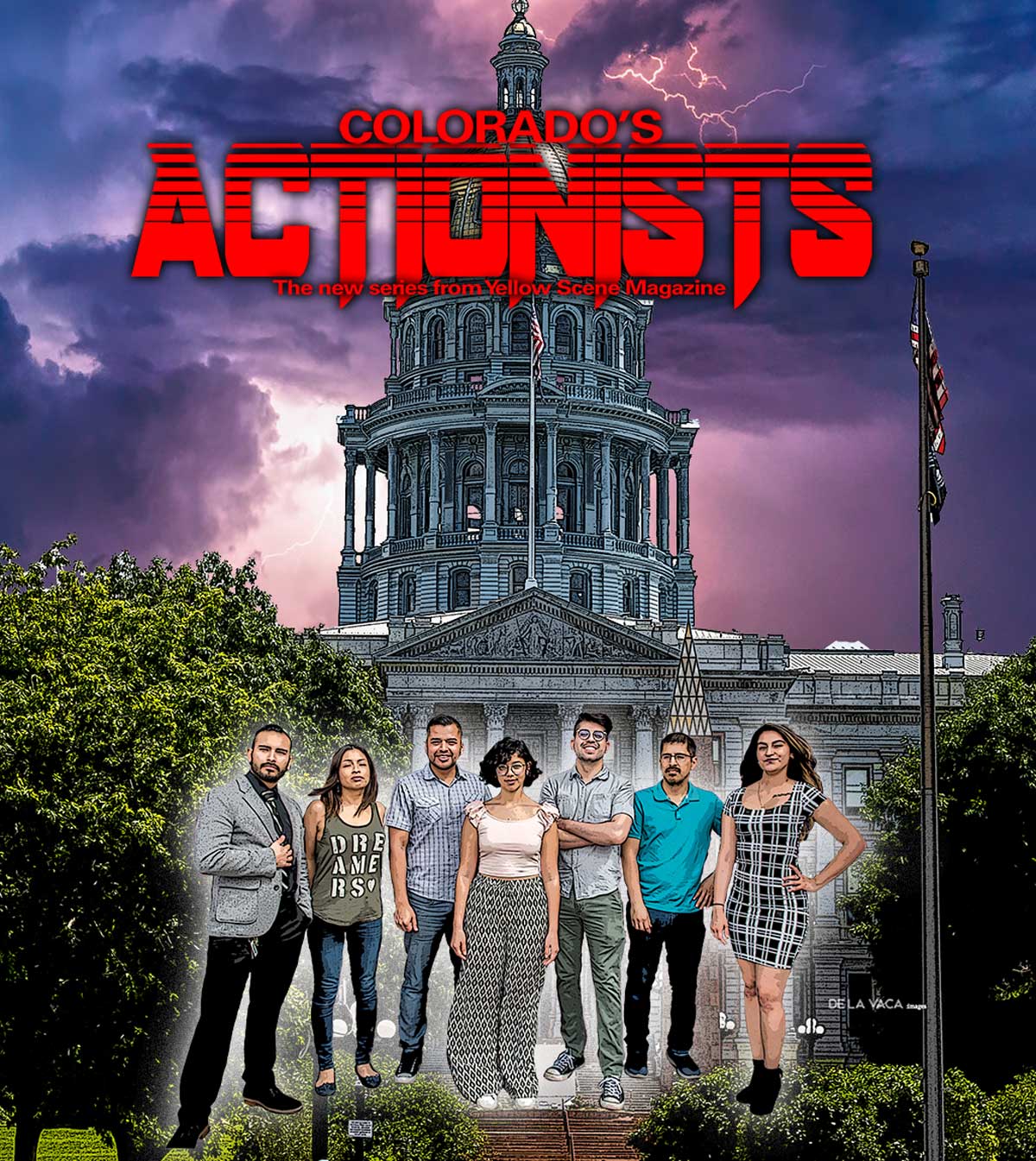 The story of MOTUS Theater is a beautiful one, and resonates with me on a much deeper and more personal level than most of the interviews I do. That’s because of my personal history with advocating for the rights of undocumented individuals, my history of being silent, and having a voice, which is the work MOTUS does. Let me give you a bit of my background.

As part of that work, in the summer of 2007, just months before I would transfer to UC Davis, I participated with about a dozen other students to do a 200-hour fast for undocumented student rights. We started our fast in L.A. at CHIRLA offices, the Coalition for Humane Immigrant Rights of Los Angeles, and we traveled north.

In Bakersfield I was able to spend the night at Dolores Huerta’s house, and she came in the morning to bless us with sage using a feather gifted to her by a local tribal chief. We rallied in front of Nancy Pelosi’s office, day after day, and were refused access. We rallied in front of San Francisco City Hall, as the organizers did interviews. We sat there in silence for so long, as the strength left our bodies, as our bodies accepted that we weren’t eating. That silence spoke volumes.

That silence is important, because it’s about voice.

MOTUS Theater is about voice. Their monologues project is literally about having undocumented folks, and formerly incarcerated people, tell their story, in their own voice, but have it read through the mouths of powerful people. People like Boulder District Attorney Michael Dougherty, local police chiefs, and state politicians.

I sat down with Kirsten Wilson (founder and artistic director) and Alexis Miles (founding board member) to get the story of the origin and intent of MOTUS theater and the monologues project.

Kirsten’s early work in strategic performance theater/strategic narratives, focusing on sexual violence against women, environmental issues, and racism. “Through that lens,” Wilson says, “came into MOTUS theater, whose mission is to create original theater to support community conversation on critical issues and looking at the world through the lens of race and class.” She had taught autobiographical monologue classes to support her artwork. That was the kernel for what MOTUS does today.

“Through that lens came into MOTUS theater, whose mission is to create original theater to support community conversation on critical issues… through the lens of race and class.” 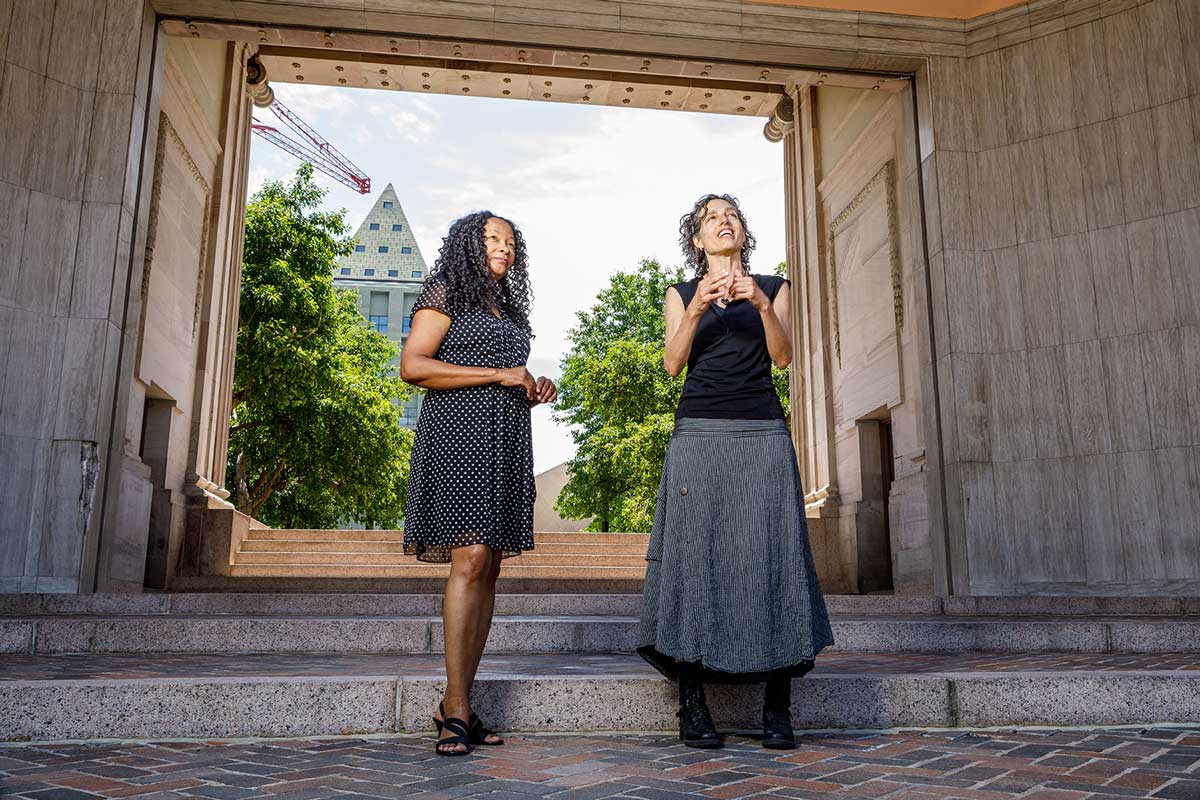 Alexis Miles has a legal and HR background. She was president of the board, a co-founder, the only founding board member still on board. She saw a performance in Boulder and knew she needed to be involved. She recalls the impact of the performance, saying “I had not seen that kind of honesty or openness, and clarity, from regular people like me, on stage.” Alexis did a monologue as Modupe Labode in the early MOTUS days, telling the story of women in African colonial history and Colorado history.

And that’s literally what’s so invigorating and transcendent about the monologues project. These aren’t stage actors. These are not professional, trained thespians. These are your community members, your neighbors, people you may know in real life or passed by without realizing. These are people that have survived as undocumented persons in America, under the threat of being sent to the Obama-era migrant camps, still in use through the Trump and the Biden presidency. These are people that survived the American carceral state, those who have been fully been immersed in the world’s largest prison population, the place in America where slavery is still allowed, yet came out the other side with hope and vision and wanting to tell their stories.

“Who we are as a culture is woven together with the stories we tell… in history… in the media. the stories you’re creating right here.”

These monologues, at the heart, are about working “really intensely to get to the bone of your human experience,” Wilson says. “The story is in the details,” which means digging deep. Wilson says that, “who we are as a culture is woven together with the stories we tell. Period. The stories that we tell in history. The stories we tell in the media. The stories you’re creating right here. That’s who we are. And certain stories are the ones that maintain certain myths… There’s a lot of stories that aren’t told, and if we told them they would interrupt the system.”

A wide-ranging, and fun conversation later, I’m convinced that this monologues project – and by extension MOTUS theater – is one of the best things to happen in Boulder County, and in the country. It was once said that if we can teach every five year old to meditate, we could change the human condition in a generation. Is the same true for telling the right stories?
I feel like if we told true stories, honest stories – to each other and to ourselves, in our schools and in our communities – we could similarly change the world.

MOTUS Theater is part of that kind of effort. It’s working to change the world, one untrained nervous thespian at a time, standing on the stage in the light, refusing to be silenced, demanding to be heard.