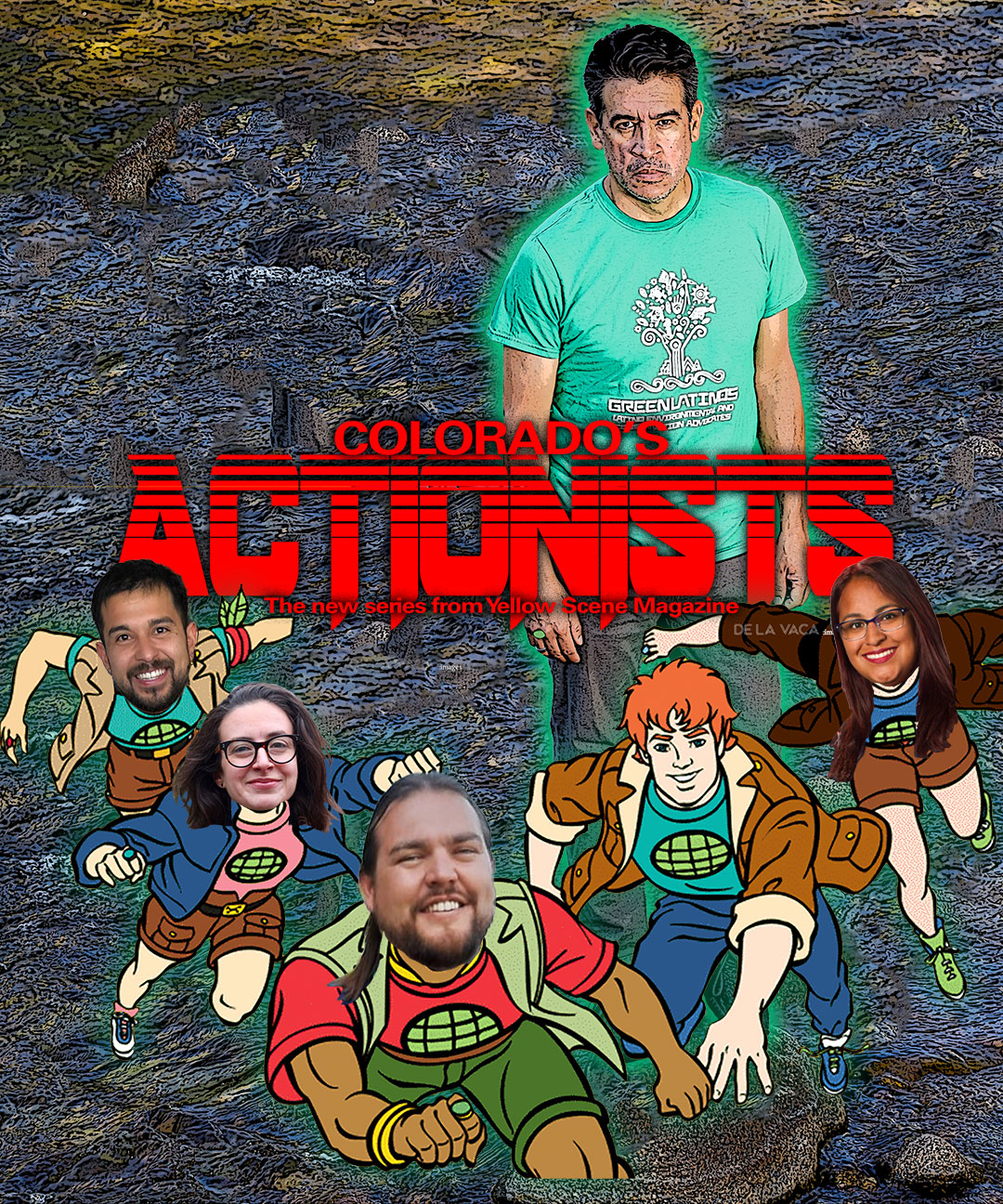 Mark Magaña is a busy man. Of everyone we’ve interviewed for this series, and pretty much every series we’ve ever done, he was the hardest to nail down for his photoshoot and interview. His schedule has him flying around the country, specifically between Boulder and Washington DC, in his efforts to stave off irreversible climate change and save the future… or at least mitigate the damage. Stern-faced, he can be coaxed into a smile, but the work is serious and his demeanor matches. He’s so serious about it that asking Mark who he is, he launches into an explanation of GreenLatinos and their work.

GreenLatinos is an important – and incredible – organization, an outgrowth of his work as founder of National Latinos for Obama, following his overall history of work in policy and advocacy. He’s the first Latino to have served as senior staff at both the White House and in Congressional leadership. He served as a Presidentially appointed Congressional Liaison at the Department of Health and Human Services (HHS), as Legislative Assistant to Rep. Jim McDermott (D-WA), as a Federal Legislative Representative for the City of Los Angeles, and as a Research Assistant for the National Association of Latino Elected and Appointed Officials (NALEO).

That’s a lot of political work. The resume is solid. It speaks for itself, and for him, with crystal clarity. His recent project is GreenLatinos.

GreenLatinos, according to their Vision Statement, is a national non-profit organization that convenes a broad coalition of Latino leaders committed to addressing national, regional, and local environmental, natural resources, and conservation issues that significantly affect the health and welfare of the Latino community in the United States.

I distinctly remember asking Mark who he is. He tells me of all that political work, which informs his current environmental work. He’s been doing it for three years. It’s important. A person’s history speaks to their future. That’s why his answer to why he is was so important. The why speaks to the origin story, the beginnings, the heart of the person. Are you following a career or a passion? Are you fighting for something or just working? 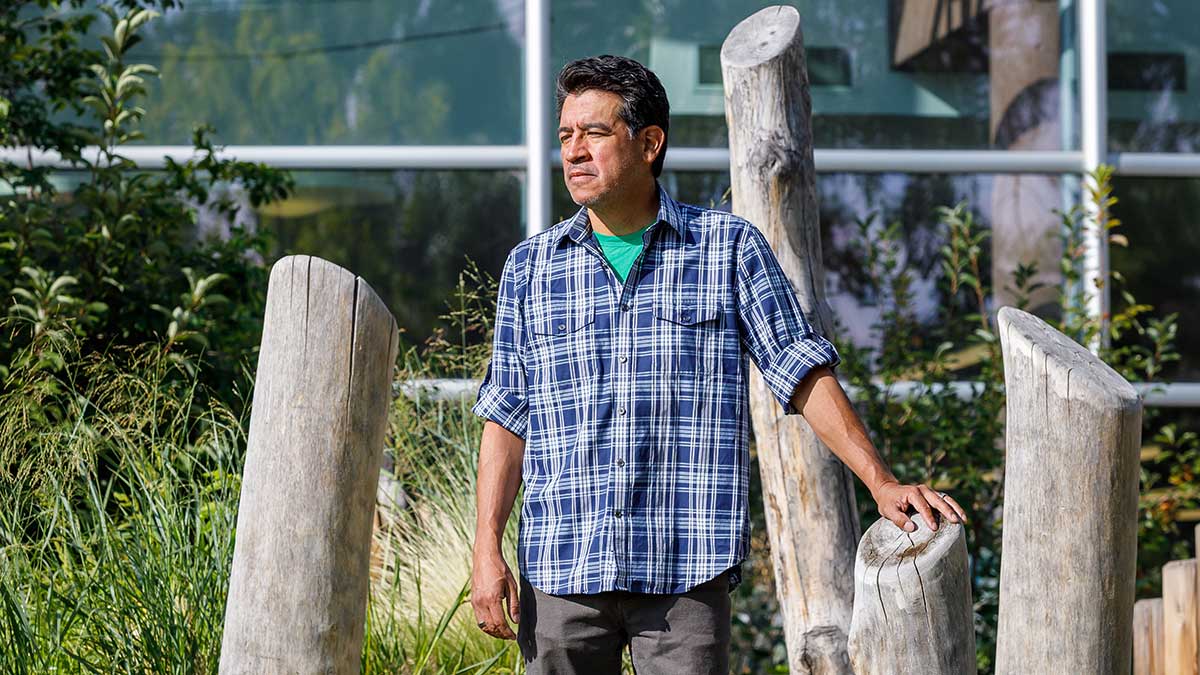 What were the formative moments in your life? Mark tells Yellow Scene, “I grew up in LA. I think one thing that was really formative for me was that I did not grow up around that many Latinos. My parents made a large effort to make our lives easier than their lives were. And that taught me and our siblings to not really know our cultural identity really well.”

For Latinos (a term I’m averse to, given its history as a colonizer identity that I feel erases indigenous origins, but one their team selected), specifically Mexicans, having a border carved across Mexico, parents that confuse the best for their kids with not teaching them culture, language, or history, and an American educational system that systematically erases and maligns them, is all too common. Being brown and asked why you don’t speak Spanish is a cultural cliche at this point. But I digress…

“What is a part of who I am,” Mark said, “is my search for my identity, my search for what it means to be Mexican-American – Latino, Chicano – and also trying to learn my identity, the identity of the culture, the values of the community, and wanting to play a party in that… How I could use my education, my skills, my resources, my abilities… to fight for Latino civil rights and betterment of the community.”

That’s the perspective we all should work from: how do we use the tools at our disposal to help those with less, or without, tools?

In terms of motivation to get into the environment, Mark recalls his father taking them camping for vacations, seeing all the national parks in California, grounding his attachment to the outdoors. It was also “getting into the issue and discovering the disproportionate effects of climate change and environmental degradation, disproportionately in our communities, and increasingly environmental injustices are suffered by the Latino community. For me, the motivating moment was in 2012 when my first child was born, Sol Olivia, and within a few months my mother had passed from leukemia, closely associated with industrial chemicals… and so, to honor my mother and really fight for an issue that will be the biggest issue, destructive issue, in my daughter and son’s lives, I decided Green Latinos and do it full-time.”

In the end that is the crux. Mark and I spent a lot of time talking and he discussed his team in absolutely glowing terms (CO is lucky to have Ean Tafoya on the ground leading the charge).  We discussed the fact that the world is beyond saving, according to the science, and that all we can do is mitigate the fallout and build small, local mutual aid groups, collaborative spaces of effort and survival. At the end of it, those of us in our 30s and 40s, and older, can be counted as the lucky ones who are not facing the future that our kids and grandkids will face. There will be some sadness, some heartache and regret, some pain in watching the world we created deteriorate and our little loved ones grow up in that dystopian environmental hellscape.

We do the work for our mothers, for our fathers, for our kids. Mark does it for all of us. I joked that he was the Latino Captain Planet and his team are the Planeteers. He laughed, but the metaphor works. In the future, historians will look back at our war machines and our political class as enemies of life. And they will look at people like Mark, and his team, as the absolute truest heroes of our age.