Connor Ryan: Indigenous Joy – on the Land – is Radical | The ACTIONISTS Series 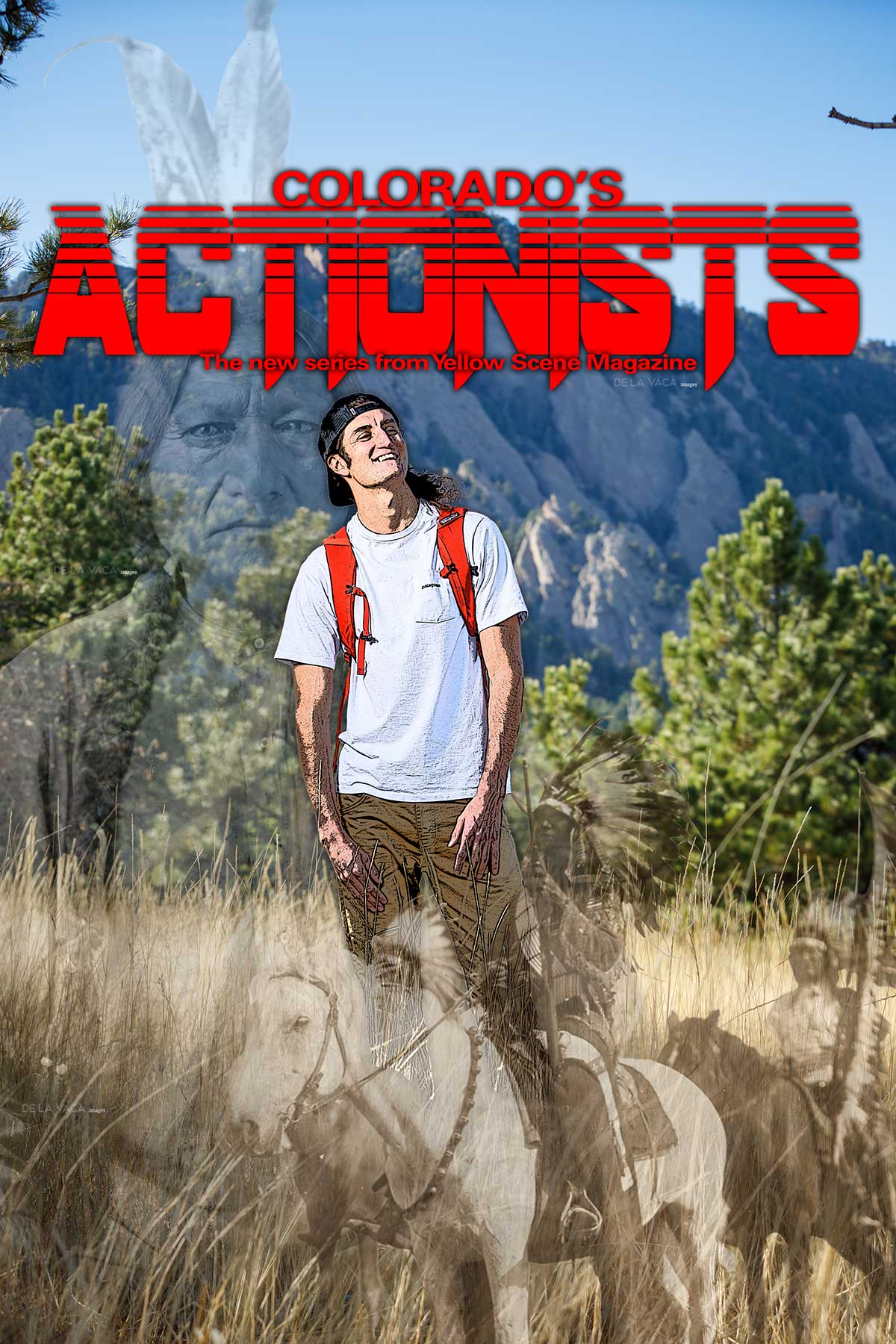 Connor Ryan – the Natives Outdoors wunderkind who’s been making waves across media channels and in the sports world – spoke with Yellow Scene Magazine the same week his new film was premiering in Vancouver. It’s the same week that Natives Outdoors were announcing the winners of their new scholarship to help get Natives, well, outdoors.

Let’s start with the history. He was “born and raised in Boulder,” he tells me. “My grandfather was born on Standing Rock reservation. He was taken by the boarding schools so they, you know, stole him from his family, as a kid. He was sent to an orphanage… served in the Navy, and was a prisoner of war in World War II.” I’m already in pain from the story. As a Native man, myself, I’ve been tracking the boarding school genocide, the horrors of babies and small children stolen – as his grandfather was – and the thousands of bodies found on boarding school grounds this last year.

I recently watched his debuted film, Spirit of the Peaks. In one poignant scene, he says, “If you’re going to be in the present and the future [of the mountain and the land], the only good way to know how to do that is by looking back.” He was talking about knowing how to exist as participants and givers on the land, instead of as takers, but I couldn’t help see the connection to a later scene where a friend sings a Native song on the mountaintop, in full ski gear, and Connor points out that, “someone just like you has stood right there and sang their song. That’s what matters. It doesn’t matter whether they’re wearing buckskin or Gore Tex. That’s what counts; it’s the souls of the people. That’s the victory.” Knowing his family history is part of that victory.

The victory is real. The story of a boarding school baby surviving, a family line surviving, and Connor being one of the first major Native American skiers, fighting to make way for native folks to live beyond the image of Natives as invisible people, who must uniformly embody tradition to be real Natives. We are real, and exist here, in all spaces, regardless of who wants us where or where we’re expected. 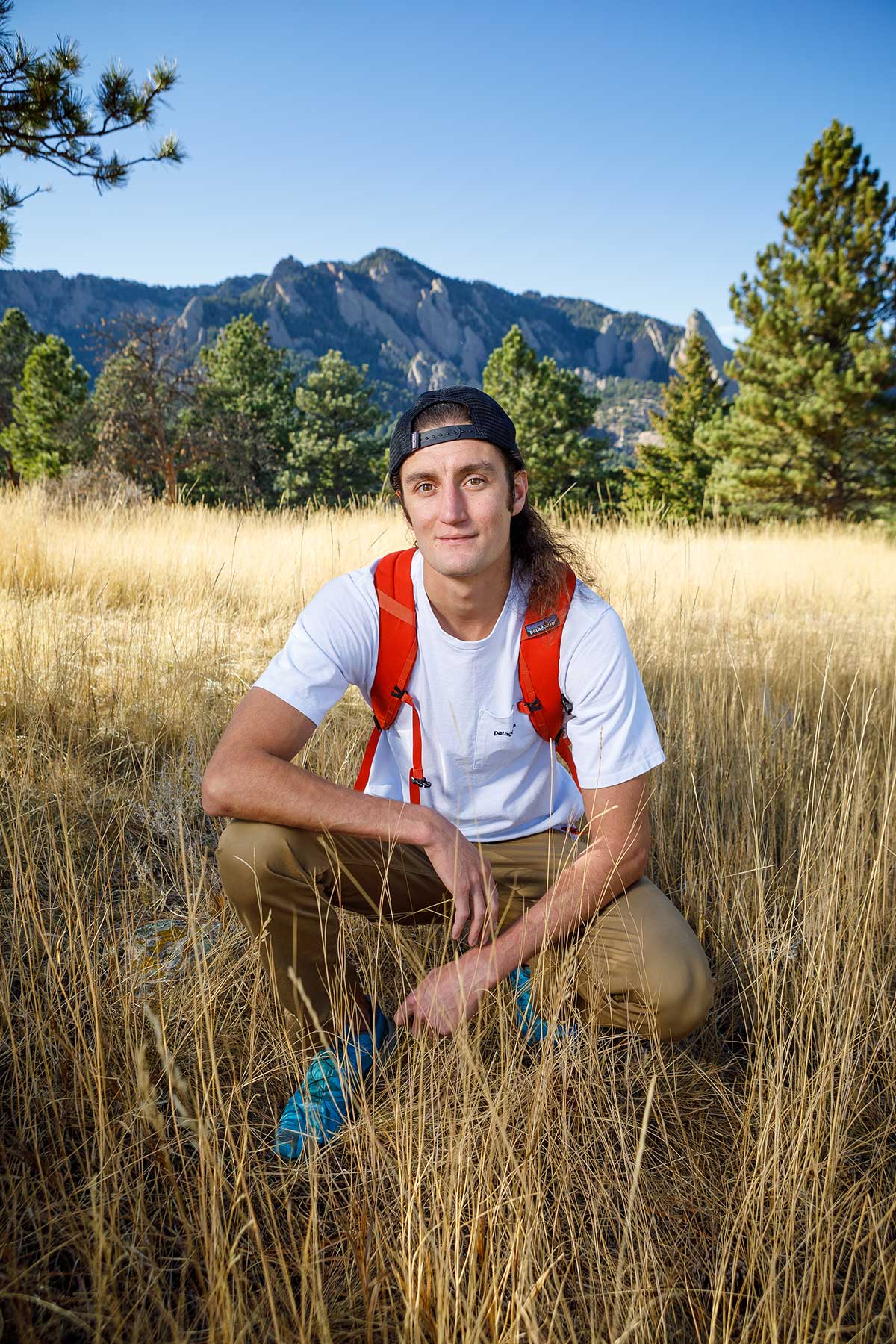 Connor reminds us instead that Natives are diverse, distinct, evolving, and able to embrace the mountains and the outdoors in all ways. “Whatever Natives do on native lands, that’s what Natives do,” he says.

Connor’s mom was raised in Los Angeles, but found her way to Boulder, this beautiful, idyllic base of the mountains town on the edge of “our traditional homelands as Lakota people,” he tells me.

“It’s an interesting place to be Native,” he said, the irony of the fact that it’s his traditional, historic homeland heavy in the spaces between words. “Usually I’m the only Native in each grade, growing up… You get a lot of weird, kinda like, the racism that comes from ignorance, where you tell people you’re Native and they’re like, ‘no, you’re not, you don’t wear feathers on top of your head.’”

Raised without the cultural reference and “traditional” upbringing – never Native enough, never American enough – he learned skiing as a young boy, but it was cost-prohibitive. In his 20’s he felt the call to go back, and he returned to find the spirit of the land, of his ancestors, waiting.

A trip to the Black Hills, with other Lakota folks he met locally, was the first time he really connected with his cultural practices. “They pulled me into ceremony,” he recalls. “Same time I got back into skiing was the same time I went to sweat lodge and started learning my ceremonies, and language, and culture.”

In his 20’s he felt the call to go back, and he returned to find the spirit of the land, of his ancestors, waiting.

While going to fill water in a bucket for the sweat lodge, he realized the connection of his ceremony to the creek, to the water melting from the mountains and flowing down, connecting him to his culture and to the animals and birds that live there. That was at the base of Eldora. “This way that I was falling in love with nature through skiing, it was really about these principles and ideas and themes from my culture. And for me, as a Native person who grew up… removed from the land, it was skiing that gave me the opportunity for the first time to go, ‘oh, this is where I belong. And I had a passion. I couldn’t avoid making that cultural connection. It was also around when I founded Natives Outdoors.”

Natives Outdoors began as people connecting online, and became a Native social media company. They’ve expanded their work. His work with them brought his passion, his culture, and his hope for Native people full circle. The Natives Outdoors scholarship is the outcome. “I feel like I’m so lucky right now…and I just want more native folks to be able to experience that.”

The scholarship is for five children and five adults. It’s sponsored by Ikon Pass, Salomon, Smith Optics, and Patagonia. The goal is to help other Natives who haven’t had the chance, or the resources, to get out there where they belong, to connect and experience what he has, to reclaim Native space on sacred mountains.”

“After all we’ve experienced,” he says in a defining moment in his film, “Indigenous joy – on the land – is radical.”