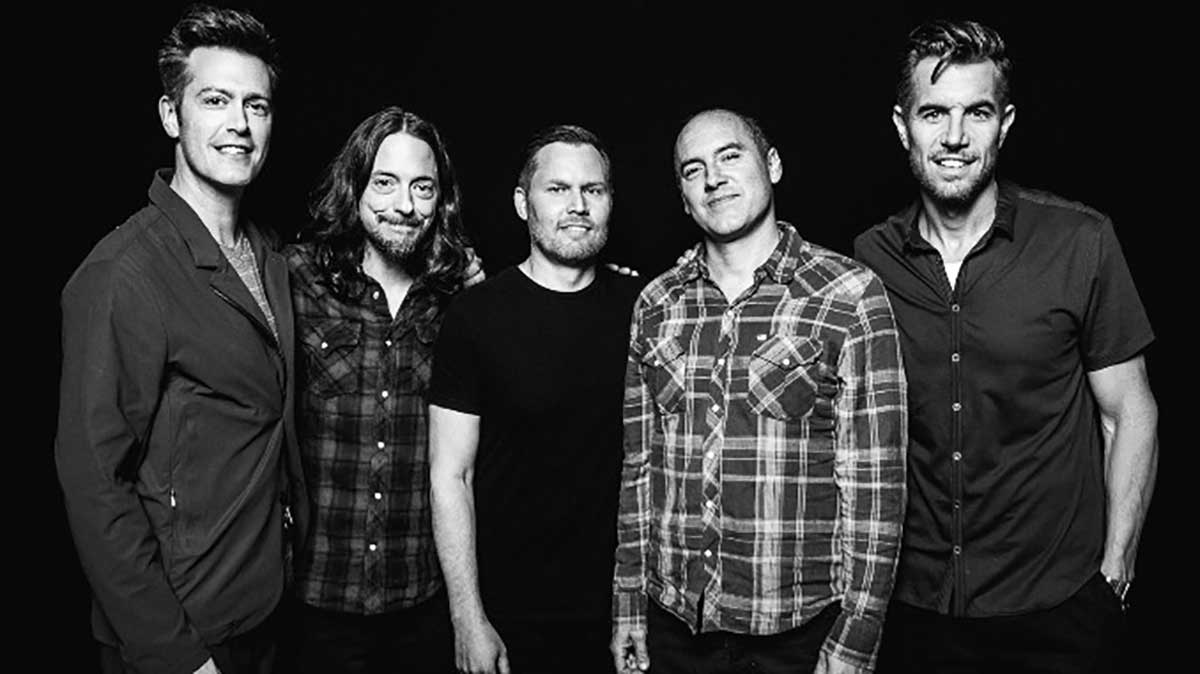 Few bands personify the ’90s with more aplomb than 311 – the rap/reggae/funk/rock quintet that proved there was more going on in Omaha, Nebraska’s music scene than anyone had a clue about 30 years ago. Named after the Omaha police code for indecent exposure (after founding guitarist Jim Watson was arrested for streaking), the band was one of the first true DIY success stories, having financed their first tour themselves and built a fanbase without major label distribution and support. Still supporting their 13th studio album Voyager (BMG, 2019), the band remains a Generation X darling, thanks to unwavering commitment to what they do well, and no shortage of winsome nostalgia on the part of its middle-aged fanbase — while managing to win younger fans at every outing. At the Fox Theatre, Oct. 29 at 8pm. Tickets start at $69.50, foxtheatre.com for more information.

Always a Bridesmaid at Theater Company of Lafayette

Looking for a light-hearted comedy that’s perfect for a girls’ night out? Make reservations right away for closing weekend of Always a Bridesmaid at Theater Company of Lafayette. This hilarious play tells the story of four best friends who have sworn to keep a promise they made on the night of their senior prom: to be in each other’s weddings no matter how long it takes or how difficult that might be. This delightful romp is directed by Hannah Richards. Masks and proof of vaccination is required for entry. Tickets are $25 each. Playing through Oct. 23 at 300 E. Simpson Street, Lafayette. 720.419.7446 or tclstage.org.

The Last Waltz Revisited at the Boulder Theater

Since 2005, Colorado-based jam band Polytoxic has been delivering an annual spectacle of a show featuring dozens of local musicians called The Last Waltz Revisited. It’s a send-up of the famed Scorsese-directed film of The Band’s farewell performance at the Winterland Ballroom in San Francisco on Nov. 25, 1976. And much like the original, Polytoxic gathers a host of guest musicians every year — now entering its 17th installment — to the deep delight of local music fans. Featuring a full horn section, 70-some-odd musicians and more than 30 songs from The Band’s exhaustive repertoire, this show remains a must-see year in and year out. At the Boulder Theater, Nov. 19 at 8pm. Tickets start at $17.50, bouldertheater.com for more info.

Seeking something spooky for the Halloween season? Head up to Cripple Creek for Haunting at the Old Homestead and A New Halloween Olio. Enjoy the story of a creepy spirit who has been scaring clients away from Cripple Creek’s favorite brothel – The Old Homestead, run by Madam Pearl Devere. In this horror comedy, Devere offers a reward for anyone who can rid her brothel of the ghosts. Filled with plenty of mystery, chills, and even a bit of history and laughs, it’s a fun show that’s perfect to ring in the season. Tickets range from $12 to $22 each. Running through Oct. 31 at Thin Air Theatre Company, Butte Theater. 139 E. Bennett Ave, Cripple Creek. 719.689.6402 or buttetheater.com.

Sylvia at the Arvada Center

The Arvada Center brings plenty of laughs with A.R. Gurney’s beloved favorite, Sylvia, playing through Nov. 7. It’s the story of a middle-aged couple living in a swanky New York apartment whose lives are flipped upside down when the husband brings home a new labradoodle he finds in Central Park. Their new addition Sylvia becomes a major issue between the husband and wife in this modern romantic comedy featuring a small but powerful ensemble cast. Tickets start at $50. Arvada Center, 6901 Wadsworth Blvd, Arvada. 720.898.7200 or arvadacenter.org.

Footloose at the Candlelight Dinner Playhouse

Kick off your Sunday shoes and head to the beautiful Candlelight Dinner Playhouse for another rockin’ musical comedy: Footloose. Based on the hit 1980s movie of the same name, it’s the story of Ren and his mother who move from Chicago to a small town in which dancing has been banned by the local preacher in an effort to control the town’s youth. Add in the preacher’s rebellious teenage daughter and a few of her close friends and this heartfelt musical comedy will whisk you right back to the days of leg warmers and Aqua Net. Playing through Nov. 14. Tickets range from $29 to $65 at coloradocandlelight.com. 4747 Marketplace Drive, Johnstown.