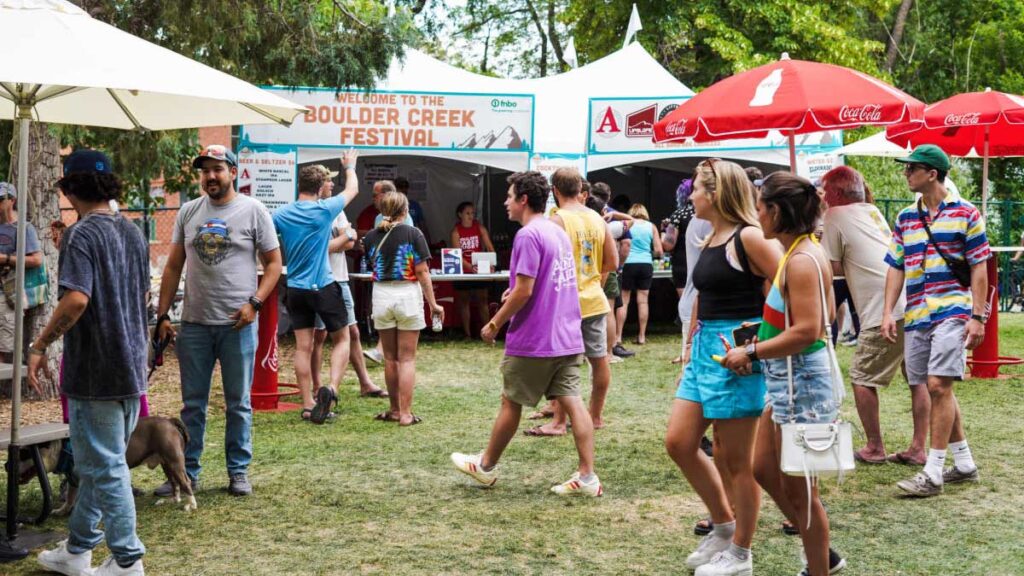 Long-celebrated as the unofficial start of the summer in the Boulder area, the Boulder Creek Fest returns to its usual Memorial Weekend dates (it was pushed last year due to COVID-19). The family-friendly 3-day festival along Boulder Creek features myriad vendors, artists, food and drink purveyors, and some of the best live music Colorado has to offer, spread across three different stages. Danny Shafer, The Alcapones, the Miles Lee band, John McKay, and Hazel Miller are just a handful of the acts you’re going to want to make a beeline for. May 28–30, along Boulder Creek from 9th to 14th Streets between Canyon Blvd. and Arapahoe Ave. Admission is free for all ages. See BoulderCreekFest.com for more information.

It was no misnomer when Denver’s Five Points neighborhood was dubbed the “Harlem of the West” in the 1950s. The neighborhood around the 5-block convergence at 25th and Welton Streets was the epicenter of Black culture and art, thanks to the pulsing jazz scene at venues like the historic Rossonian Hotel. Five Points played host to legends like Dizzy Gillespie, Billie Holiday, and Duke Ellington back then, and the Five Points Jazz Festival pays tribute to the history of this legendary stretch on the edge of Downtown Denver. Opening with a short parade by the Tivoli Club Brass Band, the schedule includes some of the best jazz in the state spread across several stages, including the Matt Skellenger Group, the Annie Booth Sextet, Purnell Steen and the Five Points Ambassadors, Hugh Ragin and the Messengers of Peace, the Colorado Mambo Orchestra, Conjunto Colores, and dozens more. June 4, 25th and Welton in Denver. Admission is free, ArtsAndVenuesDenver.com for more information. 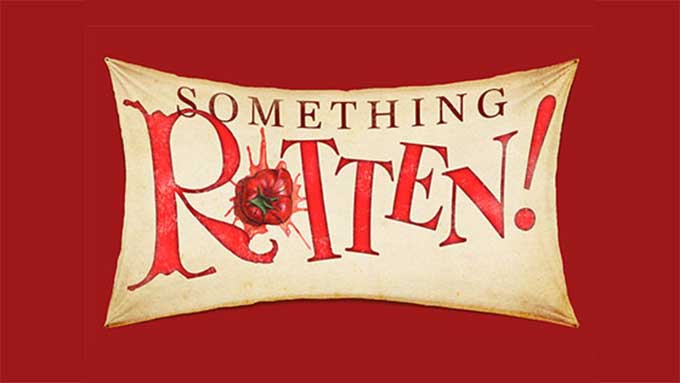 Something Rotten! at Longmont Theatre Company

If you’re looking for laugh-out-loud comedy, act fast. There are just a few performances left to catch the hilarious musical comedy Something Rotten! at Longmont Theatre Company. The new musical was a hit on Broadway in 2015, when it was nominated for 10 Tony awards, including Best Musical. Something Rotten! is the story of the Bottom brothers — Nick and Nigel Bottom — who are trying to compete with the most popular playwright of their time, William Shakespeare. Longmont Theatre Company presents Something Rotten! through May 28. Tickets are $34.50 at longmonttheatre.org. 513 Main Street, Longmont. 303.772.5200

Now that the weather is warm and the roads are clear, it’s a great time to make the trip to Golden to visit Miners Alley Playhouse, where they’re offering a brand-new regional premiere — Blue Ridge. This dark comedy premiered in 2018 at the Atlantic Theater Company, where it was greeted with rave reviews. It’s the story of a high school teacher who has been sentenced to six months at a church-sponsored halfway house for retaliating against her dishonest boss. Equal parts heartbreaking and healing, this new dark comedy is only playing through June 5. Tickets range from $15 to $37 online at minersalley.com. 1224 Washington Ave., Golden. 303.935.3044 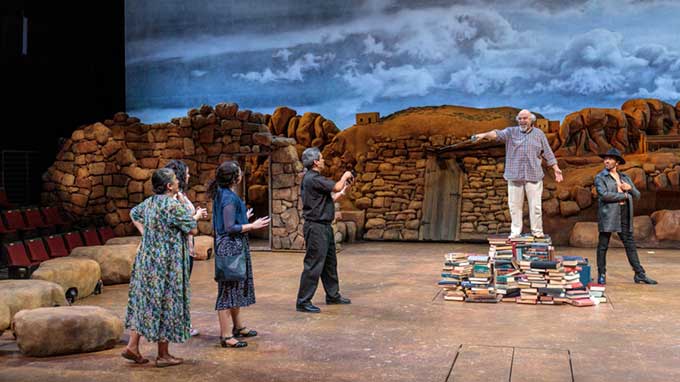 Always on the forefront of compelling and exciting new theatre, the Theater Company at the Denver Center for the Performing Arts offers a modern-day twist on the classic Don Quixote. The new musical Quixote Nuevo is set in the fictional Texas border town of La Plancha, where the famous Quixote and his beloved sidekick, Sancho, embark on a fantastical quest for love. This new reimagining of the classic is infused with Spanish language and music, bringing an exciting celebration of Tejano culture to the stage. Tickets start at $30 at denvercenter.org. The show runs through June 12 at the Wolfe Theatre at the Denver Center Performing Arts Complex. 1301 13th St., Denver. 303.893.4100

Singin’ in the Rain at Candlelight Dinner Playhouse

One of the most-loved musicals of all time is now playing on stage thanks to Candlelight Dinner Playhouse. Singin’ in the Rain has been faithfully adapted to the stage — complete with all the show-stopping musical numbers, dancing and, yes, rain. Expect all your favorite moments from the classic MGM film as the story of the first Hollywood movie musical comes to vivid life on the Candlelight Dinner Playhouse stage. Now playing through June 26. Tickets range from $29 to $59 at ColoradoCandlelight.com. 4747 Marketplace Drive, Johnstown. 970,744.3747