This Month in Coalfield History: The Spanish Flu Epidemic

In Lafayette’s coal mining days, diseases rushed through towns like a flash flood. Extended families lived in small cottages, using chamber pots and outhouses instead of indoor sewer systems. Vaccinations were uncommon, and while the existence of germs was well-known, proper sanitation was not. It was then, in the autumn of 1918, that one of the deadliest epidemics in human history, the Spanish Influenza, came to Lafayette.

On October 11th, the Lafayette Leader newspaper announced a town quarantine. All churches, schools, fraternal lodges, theaters, and pools halls were closed until further notice. Parents were ordered to keep their children indoors. The Lafayette Leader seemed optimistic, noting that only the Metz family in town had been diagnosed with Spanish Flu, although the local section mentioned four other people coming down with “illness”. 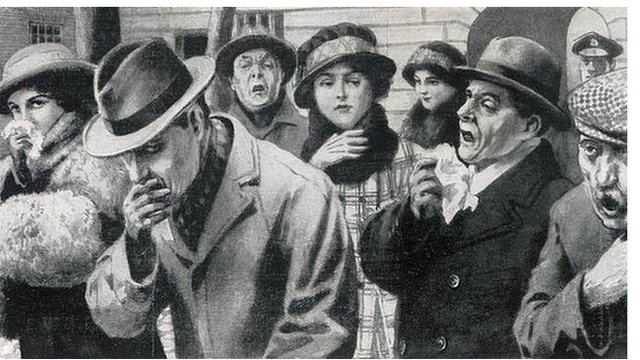 On October 18th, the Leader reported nine more people as sick, with several businesses closing. By October 25th, another twenty people were sick. The Congregational Church (now the Mary Miller Theater) was transformed into a makeshift hospital. The Leader began printing an ongoing list of death notices until even the newspaper shut down: the editor was too sick.

The Parks family lost three members in one week, the Moon family, early town pioneers, lost two. Seth Woods, Lafayette’s nine-term mayor, also died. In December, the Spanish Flu claimed a coal miner named Fodor Glava, buried in the “potter’s field”, a communal grave in the Lafayette Cemetery. Fodor Glava was born in Transylvania, and the rumors that he had been a vampire grew into one of Boulder County’s most enduring urban legends.

In the midst of the Spanish Flu epidemic, life went on. Boulder County held its election in November. When a man named Carvel Spichard burned his hands while frying eggs, the story was front-page news. Excavation began on the Columbine Mine, which would become the region’s second-most productive mine. On Christmas, Lafayette families honored the 40 local men fighting overseas in the Great War.

Epidemics continued to persist, but with vaccinations and better sanitation, they grew rarer and less deadly. Like city-consuming fires, and the long-gone coal mines themselves, epidemics like the Spanish Flu were a part of life in east Boulder County that seem ever-more distant and foreign to us today.