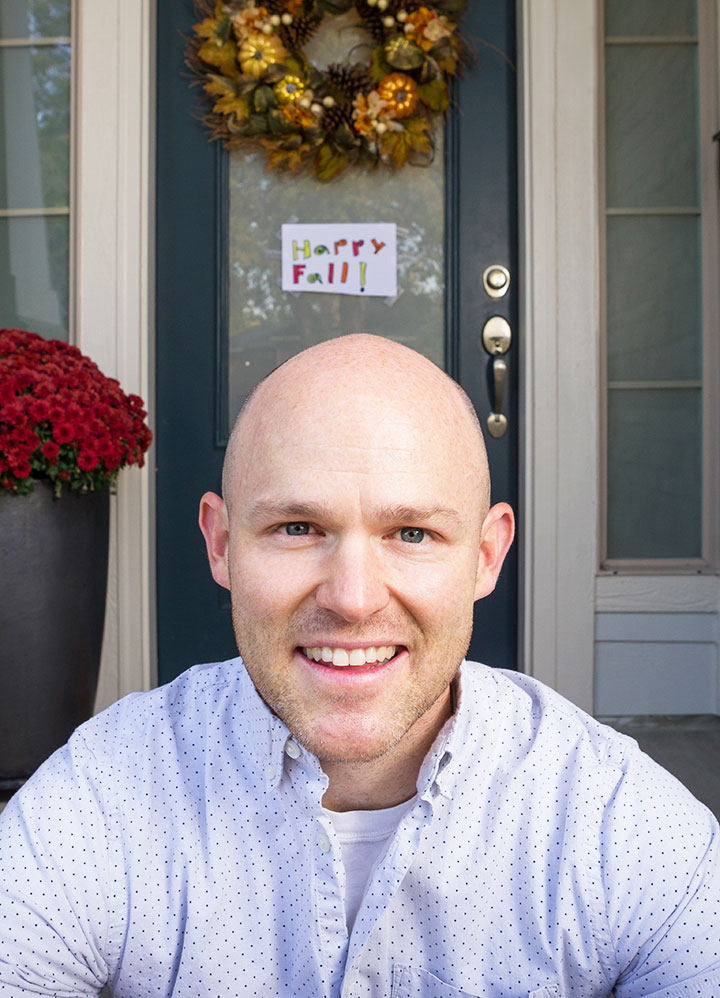 “Let’s start from the beginning,” I say to Tyler at the start of our phone interview. “When did you start at Yellow Scene? Why Yellow Scene?” We’d already met for our cover photo shoot at Washington Park, me with our cover photographer, Paul, and him with his dog, Riley, who it turns out will be getting her second YS cover. Riley was photographed at 1 year old. It’s been 12 years since.

Tyler tells me he started in “the summer of 2009.” After some work in real estate, following the Great Recession of 2008, he just needed a job. “Gosh, I hate to say desperation, man. I was unemployed for long enough and I needed a job,” he says.

It’s a good reason, with a great outcome.

It was “my very first sales job, first entry point for sales,” he says. “As a first sales job, it was trial by fire. I mean, just diving right into the deep end, truly… But jumping into Yellow Scene as my very first sales job, as hard as it was, I wouldn’t have it any other way because it was truly like an absolute cutthroat, win at all costs, do anything to close the deal. And, if you didn’t, the writing was on the wall, right? You weren’t going to last. If you can be successful at Yellow Scene, you can truly be successful anywhere because of how challenging the industry is, how challenging the environment is.”

And he has been successful. He’s been in sales since, and is in sales now. As I write that I’m reminded that, including Shavonne, this is the fourth sales person we’ve interviewed for this series. That shows how much value Shavonne puts on sales, on her sales team, even if most don’t last long here.

He learned what he calls the Shavonne-isms. “I have an ongoing list of sales philosophies that I guide my career by and the list as it stands today is about 21 items long… Six of them are Shavonne-isms.” These are the lessons he learned from her that he carries forward in his life, that guide his sales paradigm:

People buy from people they trust. “And so that’s the ism. But to expand on that, they don’t necessarily have to like you, but they have to respect you and they have to trust you.”

A time and B time. “A time is selling time. You got to be on the phone, you got to get face to face with clients. B time is admin time. It’s early morning. It’s late in the night. That’s when you’re writing proposals and doing stuff that’s not client facing and revenue generating.”

Failing your way to success. “I love that. So I’ve carried this through every single sales job I’ve had. The only way to succeed is by failing. And I certainly failed a lot at Yellow Scene. There was the time I remember when I was struggling… But Shavonne had a ‘Come to Jesus” meeting with me.  And through that failure I tapped into something carnal and closed four or five ads in the next 48 hours or something insane, a huge turnaround. And I’ll never forget the feeling.”

It’s not a deal until the money is in the bag. “That’s absolutely true across sales, regardless. Desperation is the deal killer.”

And Tyler’s personal favorite: Ask for the business then shut the fu*k up. That is a Shavonne-ism.”

Those are some free tips, from Tyler to you, on how to be successful in sales. An aspect that’s easy to forget about sales is that you sell better, sell more, when you believe in what you’re selling. As an editor and writer, I believe in what I do. For a salesperson, however, it’s not always the same. But Tyler saw it different, telling me, “I really felt passionate about the mission. That it was a really strong voice for the community and having a journalism degree [see, he was already a believer in the mission of real journalism], I felt it was easy to believe in what I would sell. If I had worked for some other publication that [didn’t have] the same level of creative chops or same level of journalistic integrity, it would’ve been harder to close a deal.”

Let’s wrap this up on some family. Tyler started working at YS and already had Riley. At 1 year old, Riley was on the cover, full face. Glorious. We’re so excited to have Riley back. That’s the only pupper that has had two cover shoots in our history. #OurTicles.

But also, Tyler’s married. He says he “was just dating my girlfriend at the time, I call it my college sweetheart. We were just dating but living together. But I got engaged when I was at Yellow Scene.” Look at that. YS bringing people together. And they’re still together too. They  have two little girls, one of which drew that Happy Fall poster above his head. Yeah, for sure. I wrote down some of the old names actually. So being such a small company either only, gosh, I think maybe at my peak, when I was there, there was maybe 15 or 18 people, but sort of hovered around that maybe 12 employee a month on a typical month. And there was a core when I was there and yeah, you grow close with those people. Right? Cause it’s not a typical nine to five. That’s when the work needs to be done to get the work done, late night deadline, warehouse days, I don’t have to go still be in the warehouse days, hang up. And yeah. 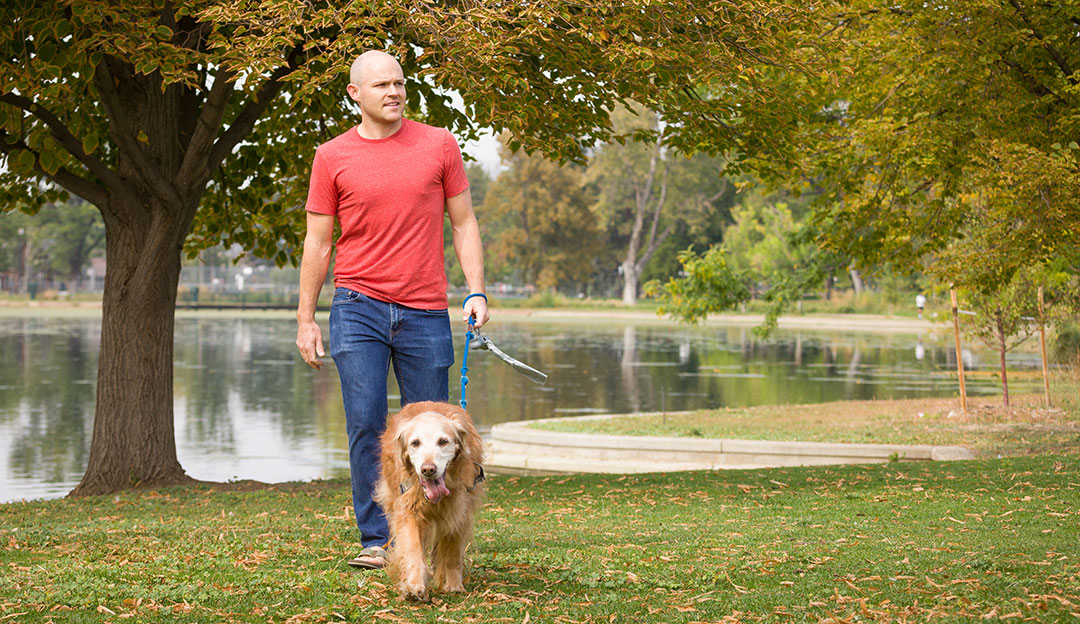 It’s easy to recall the “people from just being in the trenches, the sales, that I’m still in touch with”. It’s easy to remember the lessons you learned. But sometimes it’s hard for us to look at a time in our life and say, “that changed my life, that gave me my direction.” I’ve always been of fan of being able to do that. Tyler can do that.

“As challenging as that job is, and challenging at that time with just overall with the economy being down and my first sales job and figuring it out, I really am grateful to Shavonne for the opportunity, for my entry point into sales. I’ve had, what’s turned out to be, a really, really great career in sales so far, knock on wood, hope it continues to be. And she was a big part of it, in molding the sales rep I am today. I’m grateful. Grateful to be a part of it, and the history.” #YShistory.