What makes a savory pie different from what you’d find on the freezer shelf of your local grocery store? A career change, time spent gaining a culinary degree from the French Culinary Institute with beloved chef Jacques Pepin, and an on-site scratch kitchen.

“We pride ourselves on our pastry, and we just kept doing research on the competition, what people wanted, and what we could bring here. We are passionate about food and pies,” said chef and owner Christine Carr over four pies and two scoops of ice cream at a table in her new sit-down shop and commercial pie making kitchen in Gunbarrel.

You would expect that Carr would say that her time spent learning from Pepin would be the most impactful on her new career, and she’s grateful for the experience. “Even talking about it brings tears to my eyes. The man is just a blessing. He is exactly what you see on TV. He would take time out for any student to teach you even the littlest thing. He was so proud to teach you how to make an omelette,” she said.

But Carr credits the time in her first career with the beauty industry as impactful as well. “I have a beauty background as a marketer. When you have a good nose, it translates to both food and beauty. Whether I’m smelling a fine fragrance or tasting food, there’s a lot of similarities.”

The pies have a thicker but flaky crust, and complex, savory broths that keep you picking up your fork to take another bite. That’s true for the chicken pot pie, a standard breakfast pie, and the steak and cheese pies that Carr says are a customer favorite.

The most interesting part of Tip Top Savory Pies, though, is the fact that Carr restrains from talking about what she does in culinary terms. Although she has the training to speak with the kind of lengthy descriptors about flavor nuances and cooking processes other restaurants use, it’s almost as if they never occur to her. 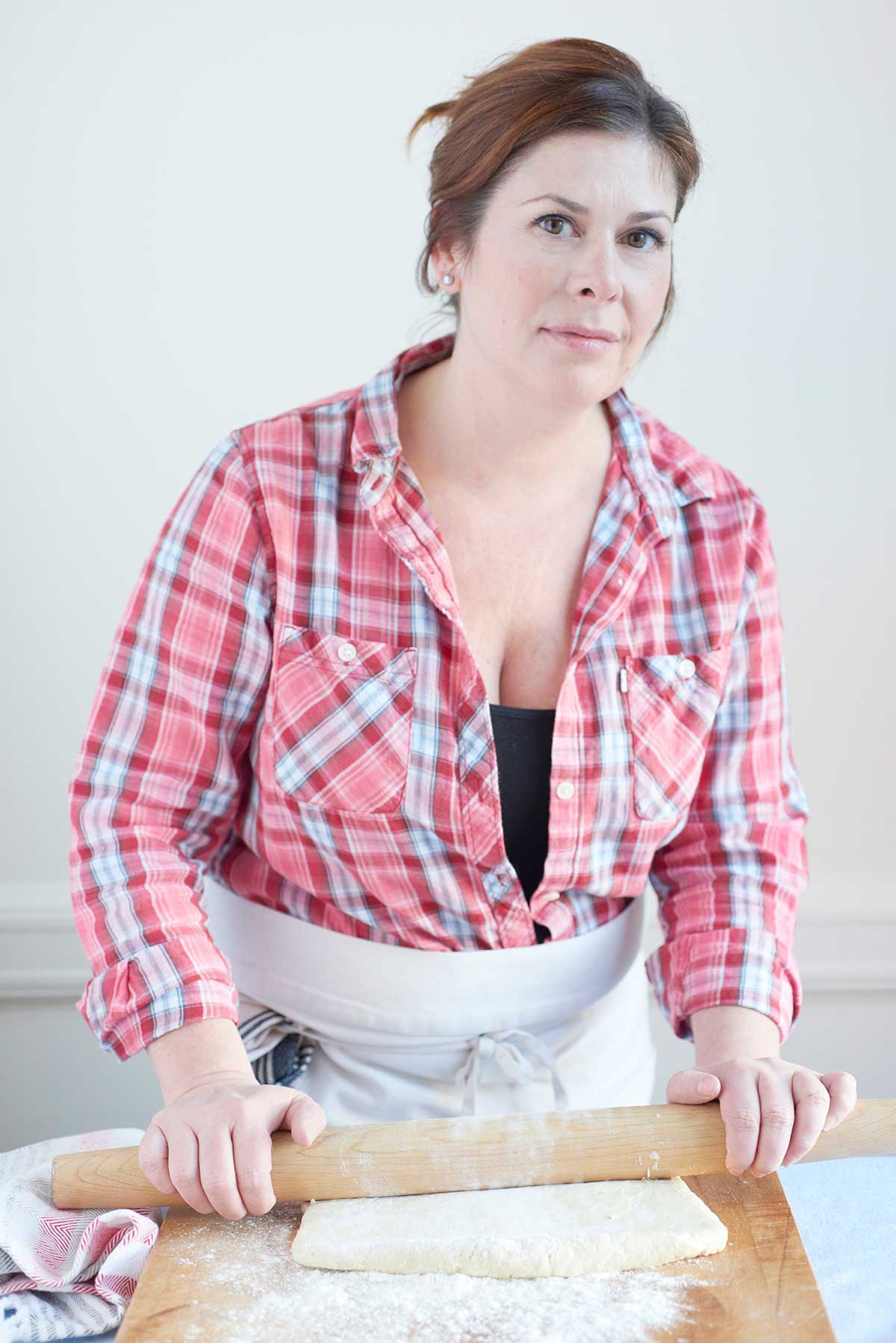 Instead, Carr talks about family and the seminal kitchen experiences she had which made her first want to prepare food for others.

“It started with my grandmother, who was an amazing cook. She just made everything from scratch, including canning our tomato sauce in the summer in the backyard. I was just fascinated with it. She would even have Jacque Pepin and Julia Child on her TV in the background.“

So when she was looking for a career change, Carr thought about food. She went back to school, and then she opened a business with her friend, New Zealander Robert Morrow, who wanted America to enjoy the benefits of savory pies that are available everywhere — just as they are in his home country.

Among other things, New Zealand Ice Cream is not only smoother and creamier. It’s known for a beloved flavor option called Hokey Pokey that’s in every New Zealand ice cream shop. It’s got a vanilla base and chunks of honeycomb that give it a caramel taste and a bit of texture.

“When New Zealanders come here and we tell them they can get Hokey Pokey, they’re in heaven,” Carr said.

The pies, the ice cream, and the rest of the menu also operate with a high standard for quality ingredients. They’re not just delicious and easy to heat, they’re nutritious too. Carr said she hopes her pies are seen as a new option for fast food that’s something beyond chicken fingers or pizza.

Diners seem to appreciate all of this too. Carr is grateful.

“I see the comments we get on Square, and how we’re growing, it’s just incredible.” she said. “It’s a testament to our customers.”